Have pity on the powerful 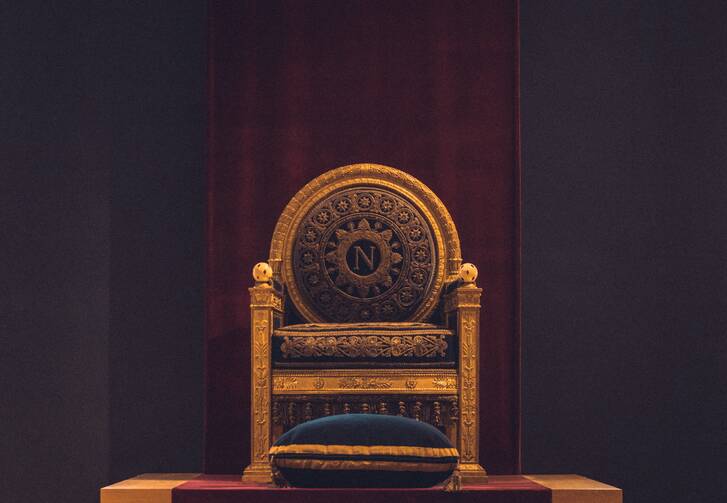 Photo by William Krause on Unsplash

A Reflection for the Wednesday of the Second Week of Lent

Pity the powerful! It may be neither popular nor prudent for me to say this. The present world stage testifies with searing vivacity the horrors that issue from unchecked power. We know too well that it is those subjected to the authority of others that more often deserve our sympathies than those who lord it over them. It is, nonetheless, lonely at the top.

Too often, the impression we have of those in charge is that it is their job to shout orders, make high-level decisions that adversely affect those of lower rank, and go out for fancy food with important (read: wealthy and powerful) people. And, I am not naïve to suggest that this is not the case for many. But how often do we think about what it is really like to have that kind of power over people and resources? Today’s Gospel glimpses that power and inspires pity for those to whom much is given—and expected.

Think first of Jesus. It appears he has finally commanded some attention and respect; his disciples have been won over by him and people from all towns have flocked to him for healing. All recognize there is something about this man that makes him a leader and even inspires fear—he speaks and even the devil and demons obey him.

How often do we also think about the burdensome lots of those at the top?

Today, the mother of two of the disciples of Jesus comes to him in the hope she might win special favor for her sons. “Command,” she orders Jesus, “that these two sons of mine sit, one at your right and the other at your left, in your kingdom.” She clearly sees Jesus as a leader, in much the same way that we might think of our bosses in this world.

Jesus has the power to raise the material and social status of James and John—or so this mother believes. If only she can convince Jesus to accord special regard to her children, they will acquire higher esteem, and all around will be forced to fawn before them in humiliation to their superior rank. But, Jesus, does not accede to her demand. Instead, he tells her, “You do not know what you are asking.” And this is where my prayer paused today.

Do we really understand the crucible of power and the isolated experience that often befalls the people at the helm? Sure, some of these positions are often rewarded with great perks and profits—even this can often be an illusion—and some abuse their power in the most despicable ways using it only for personal advantage. We need only look to the sexual abuses and financial improprieties of some of the priests of our beloved church. But how often do we also think about the burdensome lots of those at the top?

To lead in the pattern of the one who calls us to follow him is a weighty responsibility; one to which few aspire but to which we all are called.

Not only did Jesus have to reckon with the knowledge of his ultimate demise, he had also to preserve unity among his own and protect himself from being used as a pawn in their power politics as they vied for his attention. What must it be like to know that all your efforts at instructing your subjects to do good, be merciful and show compassion for the least among you falls on the impenetrable ground of a self-seeking heart? For those forced to take actions and make decisions that despite their best efforts and most noble intentions ultimately devastate the lives and well-being of the people entrusted to their care, what must their sleep be like?

The manifold challenges of leadership are not for the fainthearted. And yet, it is precisely for this reason many never become true leaders. The disciples fail to grasp the premise that Jesus deftly prescribes as they jostle for position at his right and left. “Whoever wishes to be great among you shall be your servant,” Jesus tells them, “whoever wishes to be first among you shall be your slave.” To lead in the pattern of the one who calls us to follow him is a weighty responsibility; one to which few aspire but to which we all are called.

I had great ideas of what I planned to give up and change for Lent, but it all fell apart on the first day this year, and I am struggling to get going again. But I did commit to finally respond to friends and family whose greetings have been piling up in my inbox without reply for months.

Is this really a thing? I only discovered this reprieve in the Lent contract a few years ago. Wait. Maybe, I can count all the Sundays in Lent where I kept up my promises, to make up for my failed 2022 Lenten observance.

Eggplant Parmigiana—one of the delightful discoveries of living in New York the past few years—but please don’t coat the brinjals (the name we give to eggplant in South Africa) with breadcrumbs.

Attende Domine (voice only). I sang in a Schola of Gregorian chant at Holy Trinity, the Jesuit parish in Johannesburg, for some years, and this spare and simple chant always captured this season for me. A more recent but similarly haunting refrain for me is “Hold Us in Your Mercy,” a penitential litany by Gary Daigle.

The first time I chanted the Exsultet, the Easter Proclamation, during the Easter Vigil Mass at the Church of St. Francis Xavier in New York on April 3, 2021. 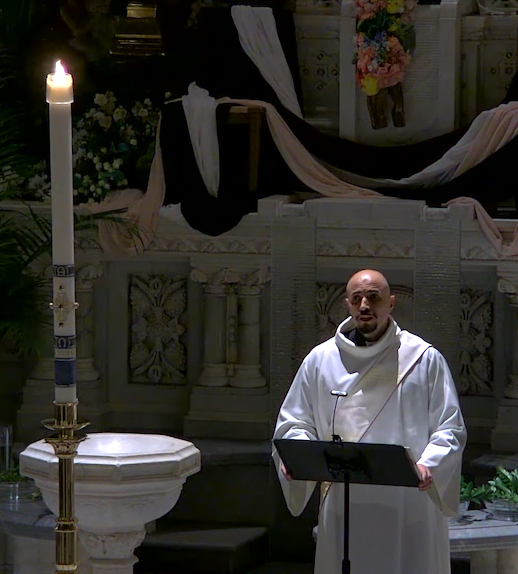