As an Episcopal priest, I’m used to polite worship. But we need to make room for unfiltered pain at church, too. 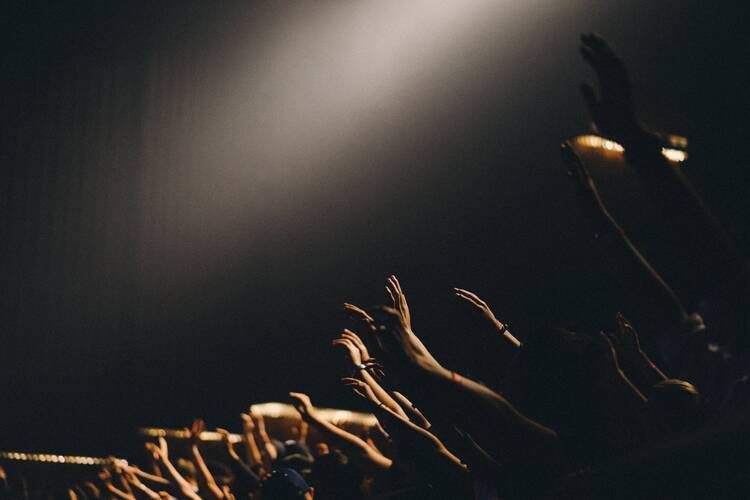 I was 4 when my parents divorced in 1976. For six months, we—Mom, my brother and I—went to live in the country near Waldron, Kan., with my Grandma East. Waldron is a smattering of homes and the remains of an old post office about 95 miles southwest of Wichita. I look on it with great fondness, aware that memory and time make things sweeter than they could possibly have ever been.

Never one to do anything halfway, Grandma was a servant of the Living God. The rest home resident, the shut-in, the fellow widow or widower—every hard-luck case in Harper County had had a tray of my Grandma Floydia East’s cinnamon rolls, had heard her prayers for them turning out like a rug, had heard her rolling cadence on the piano:

Rock of ages, cleft for me...
Leaning on the everlasting arms...
It is well, it is well with my soul...

Hers was not an organized religion; it was a faith of necessity centered around a little white sweatbox of a church in Waldron that happened to be the Assemblies of God. It was the closest church for miles. This was a utilitarian choice more than brand loyalty. Best clothes, decent shoes, a quarter for the offering. I stood, bewildered, among the tiny Sunday throng of farm wives, listening to their shouted prayers, hard-fought prayers, harder-to-fathom answers.

My grandmother's was a faith of necessity centered around a sweatbox of a church.

Later I would have most of my rough edges smoothed down by the Southern Baptists with their insistence upon orderly worship as a means to personal righteousness; and still later, I would have my soul reordered by the quietly shattering poetry of the Anglicans at prayer. But for now, the only religion I knew was this.

I recall the words of their petitions and their breathless urgency:

“Jesus, where is our work? Please bring us a living.”

The time of prayer went on like this, followed by the fading of petitions into a ponderous silence, and you just knew the Spirit was stirring the pot. Even at the age of 4, I knew it was tragic—or rather, it had to do with tragic circumstances—and it called for the most skilled and sympathetic of pastoral advisers.

If only my dear Ralph could walk away from that bottle.

Across the tiny room, Grandma’s gnarled hands, warm and ready over piano keys, would choose the right moment, and in the air we would hear her most cherished tune. We would wait instinctively (can I say pleasurably?) and sing out:

On a hill far away stood an old rugged cross,
The emblem of suff’ring and shame...
I’ll cherish it, I’ll cling to it, I’ll trade it for a crown.

In the four decades since, in the waning days of Waldron, in the untold hours I have spent in churches as an Episcopal priest, I have come to formulate and hold an incendiary question: Why do mainliners like me feel that we can’t worship like this? Is “expressive religion” simply too expressive for liturgical types? What is at risk in giving it all away to God, like the ladies in Waldron seemed to be so free to do? Or do my tribe, the Episcopalians, with their restrained, lector-led Prayers of the People, legitimately “give it all away to God,” only in a more restrained and publicly acceptable way?

Is it because we have not been ground so far down by life that we yet have a sense of urgency about these things? (I wouldn’t know, but I kind of doubt it. We’re all going through something.) Would it be socially out-of-bounds to pray prayers some might characterize as loud, emotional, indecorous or overly specific? Do we believe God to be incapable or disinterested to respond if we are too shouty?

Or are we so used to simply whispering the names of those we love during the prayers that we can’t imagine another way? Do we presume God would be unimpressed by prayer that is edgier, more stripped-down? Thinking of Luke’s parable from Chapter 18, maybe we Episcopalians want to ensure that we do not side with the showy Pharisee, who thanks God that he is not like other men. Instead perhaps we are preferring to pray like the tax collector in the story, not looking up, beating his breast.

Might we be afraid of finally getting God’s attention? And what then?

Maybe we Episcopalians want to ensure that we do not side with the showy Pharisee.

We are taught that prayer is listening and talking to God. Any good friendship relies on speaking and listening to the truth in equal measure. Perhaps we are afraid of the awkward silence that sometimes settles in between friends who are reacquainting, so we yammer on just to fill the space.

I know I do, even with more than two decades of contemplative practice under my belt. If we are frightened of genuine give-and-take with the Almighty, then maybe we just go on plugging the gaps with our words.

Or perhaps we mask our desperation with a lovely form of politeness I sometimes call “Please give me what I want but no more than I can handle.” In the Book of Common Prayer, the prayer “For Rain” pulls its punches (in a very English way) when it asks God to send “such moderate rain and showers, that we may receive the fruits of the earth.” The petitioner is aware of the problems brought on by both drought and flooding and would not want to be responsible for accidentally starting another biblical disaster, so asks only for moderate precipitation.

Raw lament is alive in public worship, whether expressed with words or in the stillness of heart and gut.

Or does the petitioner only mean not to be greedy, that we only need the rain we need, and give the rest to someone else? But the crops are burned to a crisp and the cattle are falling over. How do we express genuine urgency? Do we dare?

Meanwhile, all these years in Episcopal congregations, I keep listening for the urgency. During this long stretch of the pandemic, I think I’m “hearing” that urgency from time to time. I don’t necessarily mean something audible, but the sensation in the room of a people at prayer motivated by extreme circumstance: interior keening, quietly driven, silently guttural but still the pointed result of some clear pain.

Mass is meant for the ashamed
Terrance Klein

Pope Francis: The Church has one essential task — to pray and to teach how to pray.
Pope Francis

Raw lament is alive in public worship, whether expressed with words or in the stillness of heart and gut. I want to remain mindful of the need we have to articulate it, in whatever way we would do it, in whatever way aligns with our tradition and practice. I want to hold space for it as surely as I hear Jesus beckoning to himself all who are weary and carrying heavy burdens.

The last time I drove through Waldron, I passed the church. Briefly I wondered whether it had been shuttered for good, but I was soon overwhelmed by foundational memories of the sights, sounds and smells of that congregation when it was at worship. Grandma’s piano playing surfaced among those things recalled and remained foremost as I kept going.

I wonder whether she knew in her lifetime how many souls she had helped set free by her ministry. If not then, surely she knows now. 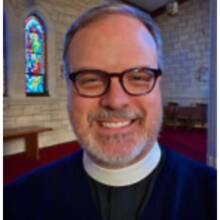 The Very Reverend Torey Lightcap is Dean of Grace Episcopal Cathedral in Topeka, Kansas. He previously served as Canon to the Ordinary for the Episcopal Diocese of Kansas and, before that, a working parish priest. He was ordained in 2004.