The Christmas season is not your savior — Christ is. 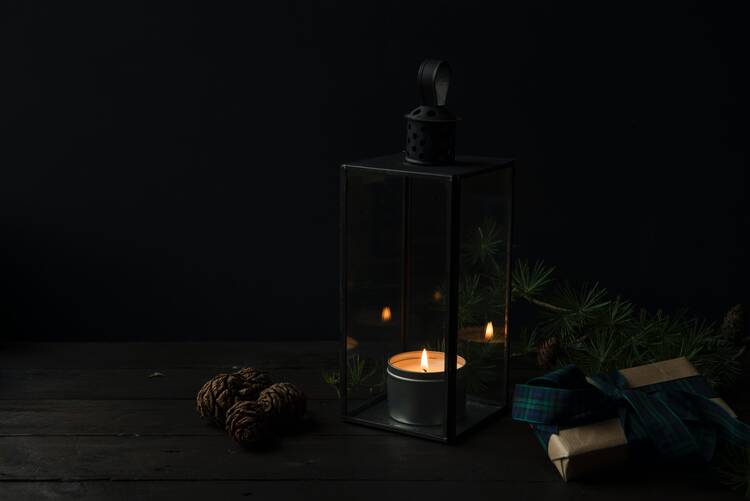 Photo by Joanna Kosinska on Unsplash

A Reflection for the Sunday of the Third Week of Advent

Maybe this season does not fill you with joy. You cannot set aside what is happening in the world or in your own, deeply personal, life. The season does not defeat cancer. It cannot banish loneliness or bring back a loved one. It does not dispel the darkness of dementia.

Do not blame yourself. The season is not your savior. Christ is. Your inability to feel joy in response to a season says nothing about your relationship to your savior.

Wanting to keep Christ in Christmas is an admirable goal for a Christian. But those who say that “Christ is the reason for the season” could not be more wrong. The season called “Yule” in old English predates Christianity by many centuries. It emerged with northern European civilization itself. Some have suggested civilization arises from our common struggle against death. Yuletide is strong evidence of that.

Indigenous people practiced what anthropologists call “sympathetic magic.” The notion is simple. You show the gods, who control the world, what you need, what you want from them. Water is poured onto the ground and drums are pounded to produce rain and storm.

Wanting to keep Christ in Christmas is an admirable goal for a Christian. But those who say that “Christ is the reason for the season” could not be more wrong.

When the sun itself is sick, when plants no longer grow, you call upon the heavenly powers to act. You do this by raising the branches of evergreens, which have not died, up into the heavens. And you light bonfires and candles to call back the light. School homecoming bonfires and Guy Fawkes Day in Great Britain, jack-o-lanterns and Christmas lights: All of these are rooted in an ancient, desperate desire to call back the light.

And even though the world around them was dying, the ancients feasted in a somewhat reckless attempt to call down plenty. Yuletide began on Nov. 11, now the feast day of our first non-martyred saint, the soldier-bishop Martin of Tours. Flocks were culled at this time of year since they had to be brought back from summer meadows to winter enclosures. So even though the world might have been dying, there was never a better time to feast. Halloween’s origins lie in the practice of sharing the end of the year abundance of food with departed ones.

So, Christ is not the reason for the season. The source waters of the “holiday season”—Halloween, Thanksgiving, Hanukkah, Christmas and New Year’s Day—run deeper than his advent.

Do not blame yourself. The season is not your savior. Christ is. Your inability to feel joy in response to a season says nothing about your relationship to your savior.

Yet Christ was indeed born in a manger to preach, to heal, to suffer and to die. He truly rose from the dead. Though early Christians baptized some pagan practices, scholars have moved on from the simplistic notion that Christians arbitrarily aligned Christ’s birth with Saturnalia, the Mediterranean version of Yule. An event, not culture, accounts for the date of Christmas.

March 25 is the date of Jesus’ death on the cross. It is the 14th day of the lunar month of Nissan, transposed onto our solar calendar. The ancients believed that perfect human lives were not divisible. The lives of the truly awesome should not end in fractions. No, their lives should end on the very same date they began.

When Christians assumed this piety, they thus aligned Christ’s conception to the day of his death. Conceived on the day that he would die, March 25, Christ was presumed to be born nine months later in a temperate, Mediterranean spot that knew nothing of Yule.

When the good news of Bethlehem wandered into northern Europe, it found that the place had been awaiting its advent. The risen Christ became the new reason for a season born out of death’s agonies. Yuletide graciously surrendered to the Gospel and found a new life that would continue long after primitive beliefs in the death of nature had vanished.

You get out of life what you put into it. The same is true of God. Use this sacred though sad time to give yourself more fully to him. Faith is like flying. Flap your wings harder, and you will not fall.

But here you are, without the requisite joy, and you fret that you feign what little you have. St. Paul’s letter to the Philippians was written for you:

The Lord is near.
Have no anxiety at all, but in everything,
by prayer and petition, with thanksgiving,
make your requests known to God.
Then the peace of God that surpasses all understanding
will guard your hearts and minds in Christ Jesus (4:5-7).

The Lord is near, and his drawing nigh is not dependent upon you or your mood. He came into this world before you existed, and he will come again however you might feel.

You get out of life what you put into it. The same is true of God. Use this sacred though sad time to give yourself more fully to him. Faith is like flying. Flap your wings harder, and you will not fall. If you believe in him, if you will yourself to believe in him, you can set aside anxiety—the one thing you never seem to part with—in at least one part of your life. You are his, and he is yours.

That can mean so many things: from finding time for prayer to taking your meds. St. John of the Cross put it so well when he wrote, “Where there is no love, put love in, and then you will draw love out.”