Advent isn’t the time to lament the church’s decline. Jesus recognized faith in the most obscure people and places. 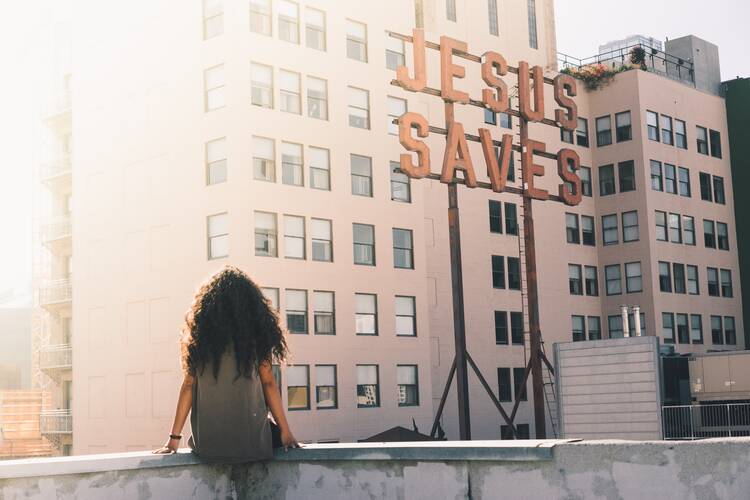 Photo by Edwin Andrade on Unsplash

A Reflection for the Monday of the First Week of Advent

“Amen, I say to you, in no one in Israel have I found such faith!”

When Jesus speaks these words in Matthew’s Gospel, we might suppose he is lauding a righteous member of his own community—a person who checked all of the boxes according to the Jewish laws, a person who avoided sin and impurity and had their life entirely in order.

Wrong. Jesus is speaking to a Roman centurion, a member of the hostile power occupying the Jewish people in Palestine. He comes to Jesus in desperation: His servant is paralyzed and suffering. When Jesus offers to go and heal the servant, the centurion jumps in confidently: “Lord, I am not worthy to have you enter under my roof; only say the word and my servant will be healed.”

To appreciate the shock value of this story, let's use our imagination: If I were a QAnon conspiracist, it would be like Q him or herself heaping praise on a powerful and influential Democrat in President Biden’s administration.

It is important to wrap our heads around the controversy inherent in this encounter between Jesus and the centurion and the ordinary people in Capernaum who witnessed it.

In no way can we compare the person of Jesus to QAnon, but it is important to wrap our heads around the controversy inherent in this encounter between Jesus and the centurion, and—often overlooked—the ordinary people in Capernaum who witnessed it. How would you feel at that moment?

The Gospel writers spent a lot of ink and papyrus recounting the stories of individuals whose faith impressed Jesus and provoked his healing acts. They were not the people we would expect. More often than not, they were outsiders: socially compromised men and women who were easy targets for ridicule, judgment or excommunication. If Matthew were writing an account of our parish, school or diocese, highlighting the individuals with the most sincere and profound faith, who would stand out? Perhaps not the pastor or the chair of the parish council. Rather, we might read the stories of undocumented immigrants, Protestants and even criminals on death row.

During the Advent and Christmas seasons, some Catholics lament what they perceive to be the diminishing influence of Christianity on the culture. They see uncontrollable movements and shifts among the people and worry that something has been lost. They might conclude that a hostile secularism and atheism are on the rise. But a perceptive Christian would note Jesus’ uncanny ability—even tendency—to recognize and promote the seeds of faith he encountered in the most obscure people and places.

Advent is no time for lamentation. It is a time to open our eyes and learn to recognize the faith of those who do not necessarily believe in or belong to the same community as we do.

Advent is no time for lamentation. It is a time to open our eyes, pay attention and learn to recognize and praise the faith of those who do not necessarily believe in or belong to the same community as we do. That is what Jesus did. That is one of the things Jesus came to do.

Get to know Sebastian Gomes, executive editor of audio and video.

4. Favorite Video You Made This Year

Documentary: “Meet the woman who runs her Catholic parish”