How do we make sense of royal imagery in Scripture? 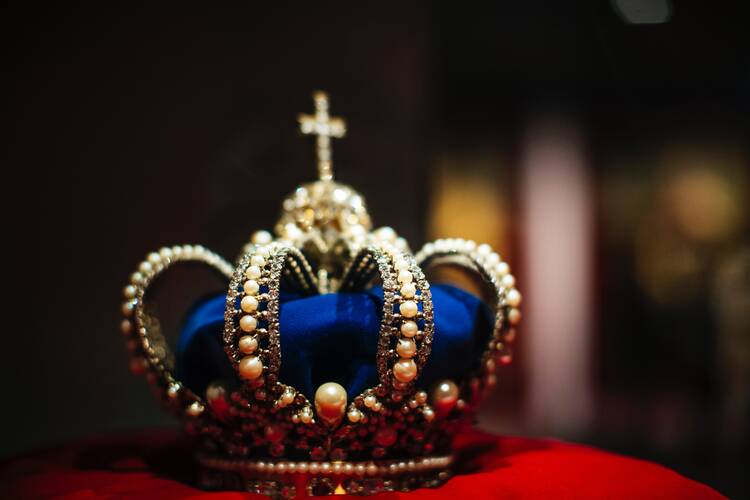 Psalm 93 is today’s responsorial psalm, and it offers a clear image of divine kingship: “The Lord is king; he is robed in majesty.” The references to a throne, decree and kingdom help to envision a royal God who reigns over creation. Based on this content, Psalm 93 is often analyzed as a royal or enthronement psalm.

What are benefits and pitfalls for comparing God to a king?

What can you do to promote the kingdom of heaven on earth?

What would you like to change or improve during the next liturgical year?

The first reading from Daniel depicts the Son of Man coming on the clouds of heaven. This image was alluded to in the Gospel of Mark proclaimed last Sunday. Today’s second reading from Revelation also includes a divine figure who rides on the clouds. Daniel emphasizes the everlasting dominion of the Son of Man, and Revelation highlights everlasting divine power. These texts show ways that people tried to comprehend and express God’s immense strength and authority. The kingship model was understandable and relatable to ancient communities. By emphasizing God’s everlasting kingdom, these texts position people as part of the kingdom, working to follow God’s laws and promote the kingdom to others.

While royal imagery is prominent in Scripture, it is not without problems. The Gospel from John reveals the opportunity for the kingship language to be misunderstood and mocked. When Pilate questions Jesus before his crucifixion, he asks if Jesus is king of the Jews, and when he is not satisfied with Jesus’ responses, he asks again, “Then you are a king?” Jesus reiterates that the kingdom that he proclaims is of heaven, but Pilate, intentionally or unintentionally, fails to understand Jesus’ message. Moreover, the potential threat of another king or kingdom likely contributed to Jesus’ persecution and crucifixion.

Comparing the relationship of humans to God to that of subjects to a ruler can be problematic. While kingship can evoke strength, longevity and authority, it can also evoke abuses of power, servitude or slavery. Obviously, this feast is a reminder of God’s glory and God’s relationship with all of creation, but we should recognize that certain images have the ability to be misused and might not be the best representation of God. They reflect the imagination of ancient communities, and we inherit them today. Nonetheless, we can still use them with caution while recognizing their potential pitfalls, engaging with them as part of the richness of the variety of overlapping images for God in Scripture.

As we end the liturgical year, the feast of Christ the King is an opportunity to think about ways that we promote God’s kingdom in the world. As we prepare to begin Advent and celebrate Christ’s birth, we should reflect on what we have been doing to live out Christ’s command to love God and one another.

This article also appeared in print, under the headline “Kingship,” in the November 2021, issue. 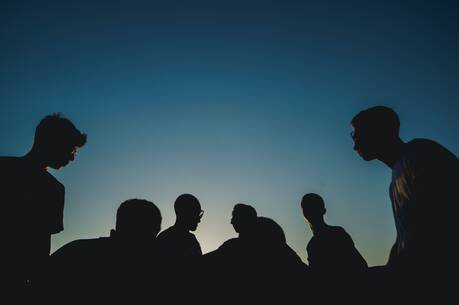 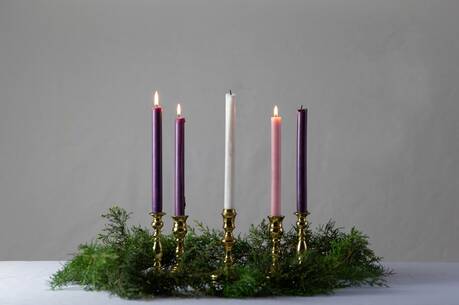 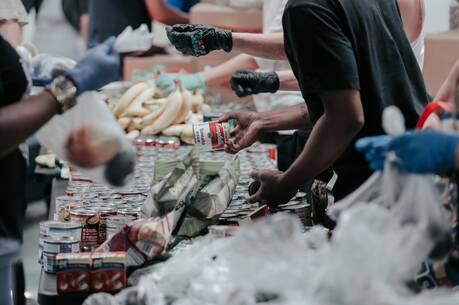 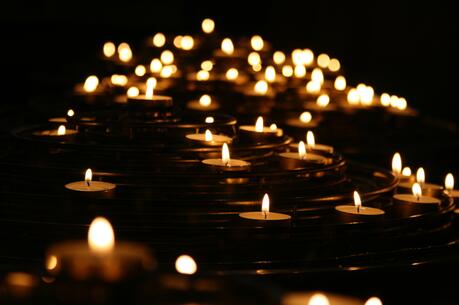 As we grieve the dead, we can remember how they inspired our lives
As we remember those who have died, we reflect on how their lives and sacrifices influence and inspire our lives
Jaime L. WatersSeptember 16, 2021