Aquinas once asked: What if a dog consumed a consecrated host? 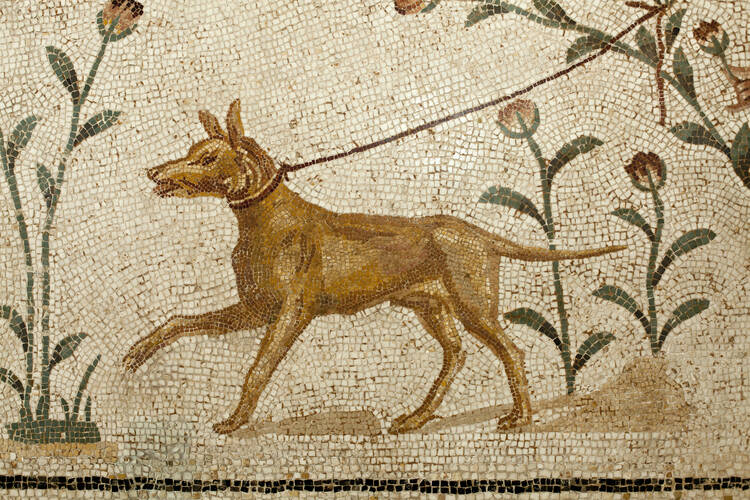 What would happen if a dog consumed a consecrated host? If the thought seems too crass even to consider, please know that I am not the first person to ponder the question. St. Thomas Aquinas did.

Even if a mouse or a dog would consume a consecrated host, the substance of Christ’s Body would not cease to exist if the outward appearances remain, just as the substance of bread remains when thrown into the mud. This is no detriment to Christ’s dignity—he who willed to be crucified with sinners without diminishing the same—especially as the mouse or the dog do not touch the Body of Christ in itself but only in its sacramental form. Some however say that immediately upon touching a mouse or dog, it would cease to be the Body of Christ. But this denies the truth of the sacrament…Yet we need not say that the brute animal has sacramentally consumed the Body of Christ, who was not born to be thus consumed sacramentally. Therefore, it is not sacramentally, but only accidentally that the Body of Christ is consumed, just as in the case when it is eaten by one taking up a consecrated host without knowing that it is consecrated (Summa Theologiae III, q. 80, a. 3, ad 3).

Aquinas has an exceptionally good reason for using this example. He wants to emphasize two truths about the Eucharist. The first is that we do not make it what it is. Bread and wine do not become the body and blood of Christ because we say that they do. We do not choose to use them as a way of remembering Christ, as we might remember a loved one with a lock of hair. Even in the mouth of an animal, if the eucharistic elements maintain the appearance of bread and wine, they remain the body and blood of Christ. Why? Because he said so.

Aquinas also affirmed that when the outward appearance of bread and wine is lost, so too is the presence of the Lord. An example from pastoral practice illustrates this. If a consecrated host is partially consumed and then spit up, it is placed in water until it dissolves. When it would no longer be called bread (say, by an outsider to the faith), it is no longer the body of Christ. Even then, out of respect for what it once was, it is poured into a sacrarium, a covered sink that drains directly into the ground.

Aquinas also affirmed that when the outward appearance of bread and wine is lost, so too is the presence of the Lord.

A televised Mass may be a wonderful form of meditation for those who cannot come to church. It is not, however, the Eucharist for those who are not present. Sacraments are direct consequences of Christ’s incarnation and his living, pneumatic presence in the church. They are present when and where the church gathers. You can watch the Food Network without ever gaining weight. Why? Because you have not eaten anything.

Aquinas’ primary point is that sacraments are gifts of grace, which come from faith. The faith may be woefully imperfect—whose is not?—but, just as in the Gospels, one must believe in Christ for Christ to heal and to save.

So, tourists who might slip into a Communion line with no idea what they are receiving would consume the body and blood of Christ, but there would be no “Holy Communion” because sacraments do not work by magic. They are acts of faith.

Christ breaks down no doors. He always knocks, but the smallest crack allows him to enter.

That last line of St. Thomas is worth pondering. Like many a convert to the faith, an unbeliever might encounter the church at liturgy, realize that this great work of the church is truth made manifest, that Christ is present in this assembly and in what it does. That new believer might then come forward to receive Holy Communion. All sorts of catechetical and disciplinary forms would have been violated, yet the sacrament would have been received. Christ breaks down no doors. He always knocks, but the smallest crack allows him to enter.

Conversely, sacramental grace is curtailed by our lack of faith and our sins. As our bishops consider our understanding of the Eucharist and its centrality to our life of faith, it is not enough to say, “If people knew that Christ is truly present in Holy Communion, they would come to Sunday Eucharist.”

“Sacrosanctum Concilium,” the Second Vatican Council’s “Constitution on the Sacred Liturgy,” taught that the sacraments:

not only presuppose faith, but by words and objects they also nourish, strengthen, and express it; that is why they are called “sacraments of faith.” They do indeed impart grace, but, in addition, the very act of celebrating them most effectively disposes the faithful to receive this grace in a fruitful manner, to worship God duly, and to practice charity. (No. 59) (Italics mine)

Unless we come to understand this truth more deeply—how well we worship affects how much we receive—telling people that they need to be at Sunday Eucharist to receive the true body and blood of Christ is only a small, albeit crucial, step above training dogs.