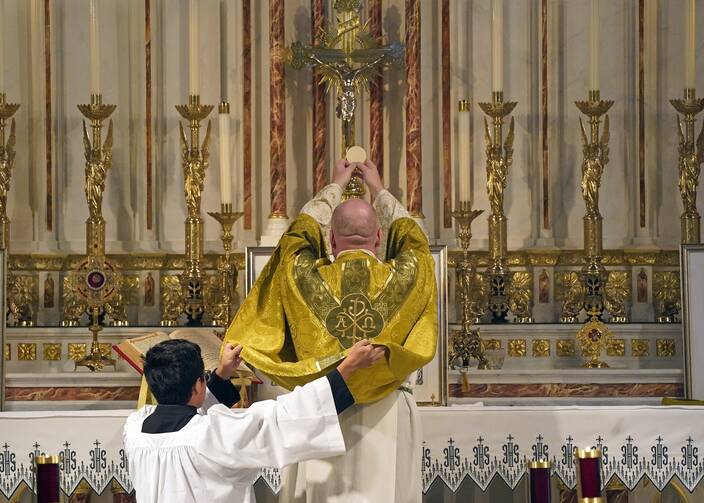 For many Catholics, the Holy Father’s motu proprio “Traditionis Custodes,” restricting the celebration of the Latin Mass, was a difficult document to read, as well as a surprise, even a shock.

While I have never celebrated a Latin Mass as a priest (I’m using a shorthand for several variations of the Mass in Latin), I have as a Jesuit attended several, both before and after the publication of Pope Benedict’s own motu proprio, “Summorum Pontificum,” in 2007.

I found those Masses rich and beautiful, particularly as they invited me into the mystery and beauty of the liturgy of the Eucharist. They also helped me to feel strikingly connected to the past, knowing that I was hearing words that had been spoken by priests (and saints) and heard by the faithful (again, including the saints) for centuries.

Still, I feel more comfortable with Mass in the vernacular, which is what I celebrate every day, both in my Jesuit community and in local parishes. And I have enjoyed Mass in the vernacular in many languages—in English of course; but also in Spanish on both the Lower East Side of Manhattan and in Loyola, Spain; in Kiswahili, Luganda and Kinyarwanda during my time in East Africa; in French during several pilgrimages to Lourdes; in Italian while visiting Rome, in Vietnamese and Tagalog at the Religious Education Congress in Los Angeles; and in Arabic and Hebrew in various churches and shrines in the Holy Land.

So I find Mass most powerful when it is celebrated in the vernacular. In general, celebrating and participating in the Mass in English helps me feel closer to God, since this is the language in which I speak to God in my private prayer. But, as I’ve written before, if something brings someone closer to God (and I’m speaking of the many Catholics who treasure the Mass in Latin) it should be reverenced.

So I reverence the great devotion that many Catholics have for the Latin Mass.

I reverence the great devotion that many Catholics have for the Latin Mass.

At the same time, we must take seriously Pope Francis’s recent consultation with bishops from around the world, in which he inquired about the actual, on-the-ground results of “Summorum Pontificum.”

Some have rejoiced in greater freedom for the celebration of the Latin Mass since Benedict XVI’s document was promulgated, but it has also been, sadly, a source of growing and occasionally heated division among some Catholics. At least in the United States, some Catholics now speak of “Traditional Latin Mass parishes,” as if in opposition to “Vatican II parishes.” That does not bode well for unity.

In some parishes, priests have introduced Latin Masses into the regular rotation of Sunday Masses, either out of their own sincere devotion to the Latin Mass or in response to the equally sincere desires of some parishioners, and have, unintentionally and sometimes dramatically, split their parishes. (Often a Latin Mass will replace a Mass in English on Sundays.) At times this has meant altering the physical layout of the sanctuary, further dividing their parishioners. In the past few years, I have received plaintive messages from Catholics who say that they feel left out of their own parishes as a result of these changes. Most comments come through private messages on social media, as well as after lectures and talks, but occasionally these divisions have spilled into public view after having been reported by the Catholic media.

Whatever one thinks of the Latin Mass, none of this bodes well for church unity.

Of course, all Catholics are entitled to their liturgical preferences, regarding, say, church architecture, the hymns selected for the Mass, the priest’s presiding style and so forth. But again, whatever one thinks of the Latin Mass, none of this bodes well for church unity.

Since 2007, many people have also told me that they cannot wait for the “real Mass” (that is, the Latin Mass) to supersede the “Vatican II Mass” (Mass in the vernacular), which they regard as banal, superficial or irreverent. And many people have critiqued me (both online and in person) for failing to celebrate the Mass in Latin, as if this somehow made me a less devout priest.

For the record, I was two years old when “Sacrosanctum Concilium,” the Second Vatican Council’s document on the liturgy, was published. So I grew up in an era where the Mass was always in the vernacular.

But far more important than these anecdotes and observations, which are, after all, from one priest in one country with his own liturgical preferences, is the response from bishops reporting from dioceses around the globe. This is an example of Pope Francis listening to the Holy Spirit at work in the world, and another instance of his desire for “synodality.”

Since 2007, many people have also told me that they cannot wait for the “real Mass” (that is, the Latin Mass) to supersede the “Vatican II Mass.”

As an aside, it is important to remember, as Austen Ivereigh reminded us, that Pope Benedict XVI told reporters in 2007 that “Summorum Pontificum” would be reviewed if problems arose. Benedict’s document, motivated by a desire for unity, was responding to a need in the church—that is, it was a way of making those who appreciated the Latin Mass feel more at home, and thus fostering greater unity. As Michael Sean Winters reported, Benedict never intended to start a movement—and certainly not an ideology. That was not the way of Benedict, for whom church unity was an essential and longstanding goal.

After consulting with the bishops, however, Francis has concluded that Benedict’s document, aimed at furthering unity, had unintentionally caused division. The sacrament of unity was, in some places, starting to lead to serious disunity.

“The responses reveal a situation that preoccupies and saddens me, and persuades me of the need to intervene,” Francis wrote in a letter to bishops accompanying his motu proprio. “Regrettably, the pastoral objective of my Predecessors, who had intended ‘to do everything possible to ensure that all those who truly possessed the desire for unity would find it possible to remain in this unity or to rediscover it anew,’” said Francis, quoting Benedict, “has often been seriously disregarded.”

Overarching all this is the fact that the Second Vatican Council’s clear intent was that the Mass be celebrated in the vernacular and that this be the primary way that people experience the Mass. This was one of the main ways that the Council hoped to promote what “Sacrosanctum Concilium” called the “full, active” participation in the sacrament.

And, as James T. Keane reported in America, one of the chief reasons that St. Paul VI made provisions for retaining the Latin Mass was for older and infirm priests for whom the changes would be disruptive. But for Paul VI, the Mass in the vernacular was the way forward.

Overall, I agree with Francis’s motu proprio, not simply based on my own experience of the growing divisiveness over the Mass, but even more on his consultation with bishops around the world who have weighed in on the experiences of the People of God. It was a kind of discernment in which the pope consulted widely, listened to the Spirit and decided.

I hope even those who prefer the Latin Mass can receive the Holy Father’s motu proprio in that spirit. And I believe that Pope Francis’ goal is the same as his predecessors, a goal found on the lips of Jesus in the Gospels: that the end of our striving for unity is that “all might be one.” 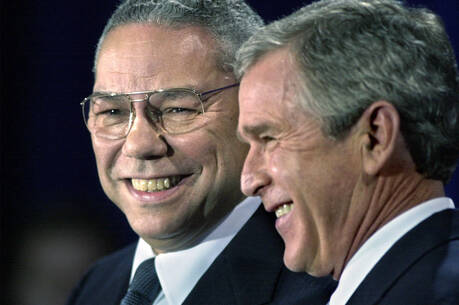