Editorial: How you see the sexual abuse crisis 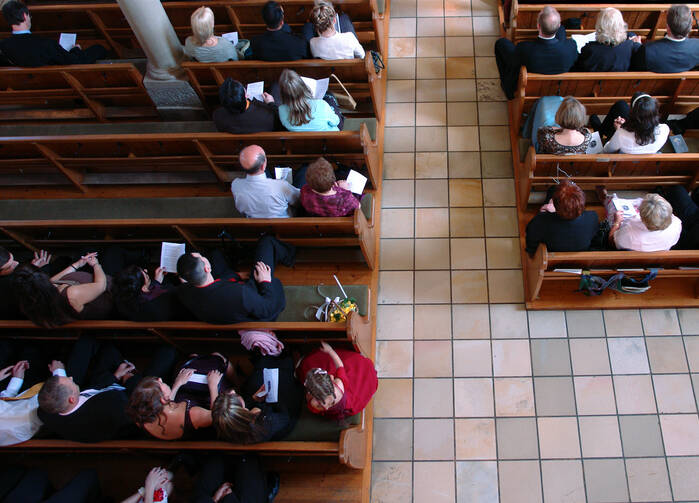 The Catholic Church still has a trust problem, as shown by the results of a comprehensive survey of U.S. Catholics commissioned by America Media and featured in this issue. (Look for more results in our September issue.) Seventy-six percent of respondents to the survey, conducted by the Center for Applied Research in the Apostolate in May and June, said that the sexual abuse of minors by clergy has hurt the reputation of the church at least somewhat, and about one-third said they were “embarrassed” to tell others that they were Catholic because of the crisis.

The cloud lingers in part because of misconceptions. Only 33 percent of the respondents in our survey correctly said that instances of sexual abuse of minors by Catholic priests were more common before 1985 than after. This does not mean we should be talking less about the crisis—it is not surprising that only 21 percent of the Catholics in our survey said the news media’s coverage of the crisis has been “excessive”—but it is important to present any new information about cases in its proper context.

Our survey does provide some guidance for a possible road to reconciliation. Notably, respondents clearly said that women, both in religious orders and in the pews, have their trust and should have more influence in the church. This represents a major opportunity to develop a new generation of moral leadership in the church. Women’s skills can no longer be overlooked or squandered as we plan for a future beyond the worst of the crisis.

We invite you to give a close read to the results of our survey (in the next issue, we will have more results about politics, church finances and other issues) and join the conversation about how to move forward.