We need to make space and time for God 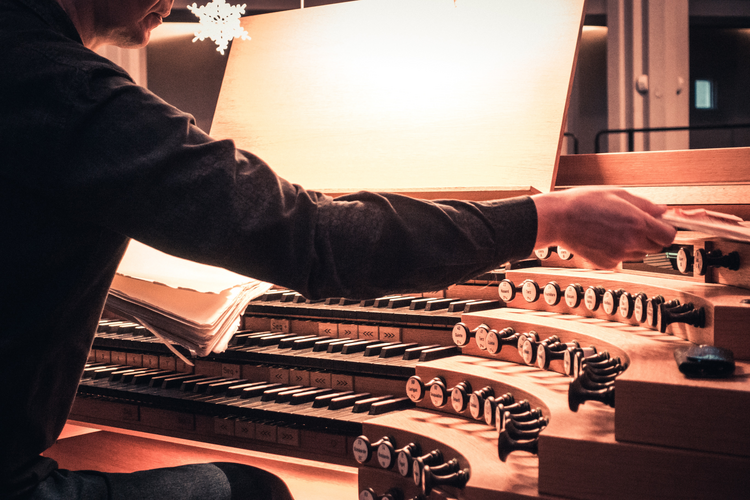 Photo by Hao Zhang on Unsplash

A Reflection for the Third Sunday of Lent

Self-discovery includes learning, sometimes painfully, who we are not. As Christians, we define our humanity by distinguishing ourselves from God and other spiritual creatures. God is not limited by time or space. God does not wander through either. God fills both. God created the angels to dwell in time but not in space. As pure intellects, they change with time, but they are never limited by space.

In contrast, we flourish by abiding in the here and now because God created us to dwell in time and space. Yet, unlike other animals, God gave our minds the ability to roam over great expanses of both. We can remember events long past; we can picture places quite distant. We can thus be tempted to forget that we are creatures of time and space. It was the desire to mimic God, the inability to abide, that drove Adam and Eve from paradise.

Indeed, one mark of spiritual distress is the inability to rest in the providence of place and moment. When something is not right with us, our restless minds wander over an imagined future and—an oft-rewritten—past. We picture all sorts of faces, just not those in front of us.

When something is not right with us, our restless minds wander over an imagined future and—an oft-rewritten—past.

Katie, my grandmother, grew up playing the organ at the Methodist church in Weatherford, Okla. When she wed in 1917, she and my grandfather loaded up the wagon to homestead in Kansas. She continued to play the organ each Sunday at some Protestant church. One could not be particular a century ago in the middle of nowhere.

My grandparents had five sons. The middle son, Eldon, died while in high school of a burst appendicitis. After that, my grandmother stopped playing the organ. She even stopped going to church, though she continued to pray and read her Bible at home. She said that she could not face the organ bench, where little Eldon had always sat next to her as she played. Put her in that spot, and her troubled mind could not keep from going back.

We are creatures of time and space. We are not meant to roam through them. We were created to grow in stature as we move through them, harvesting, if you will, the people and places that enrich us. When your past and your future support the present, you are graced. Not so when you are haunted by them.

As creatures of time and space, we acknowledge the God who fills both by setting aside, sanctifying some of each for God.

As creatures of time and space, we acknowledge the God who fills both by setting aside, sanctifying some of each for God. Therefore, we call certain places and times sacred. It is not because God dwells more fully in them, or, if God does, it is only because we have hollowed out this space, this moment for God.

Some say that God is everywhere, all the time. True enough, but there is something they fail to perceive. We do not worship God as we do because of the way God is. We worship as we do, with sacred times and places, because of who we are. The only way for us to see God, to acknowledge God, is to hollow out a time, a space. We dwell in forests. We need clearings to see the sky.

Moses gives the people God’s commandments. What are these limitations besides reminders that we are not God? We do not rule over time and space. There are actions we must perform; others we dare not do.

When “he made a whip out of cords and drove them all out of the temple area” (Jn 2:15), did the Lord Jesus not understand that God the Father was a great mystery, one so far beyond our ken as to leave us free to do as we like? Or was he rather old-fashioned, convinced that what had been hollowed out for God had to be treated as hallowed?

“Those who believe in God, but without passion in the heart, without anguish of mind, without uncertainty, without doubt, and even at times without despair, believe only in the idea of God, and not in God himself.”

When you come to Sunday Eucharist, when you observe Sunday as a day of rest, when you follow the commandments, when you care for the poor—not because you are blessed or because they deserve it but because you know that we are all creatures of the one creator—you hollow out a clearing in your life. You make room for the hallowed.

If you do not do these things, you will fill the world with yourself. There will not even be room for those whom you think you love. Only God fills the world. As creatures, we are meant to dwell in it, at a certain time, in a particular spot.

The Spanish philosopher Miguel de Unamuno (d. 1936) put it so well when he wrote, “Those who believe in God, but without passion in the heart, without anguish of mind, without uncertainty, without doubt, and even at times without despair, believe only in the idea of God, and not in God himself.” Certainly, he captured the spiritual torment of my grandmother Katie, a woman who knew the time and space she had hollowed out for God. That is what made her loss such a challenge. All she could do was to abide, to await the resurrected one who would again make it hallowed.