The most remote parish in the world has 42 Catholics and zero priests. It’s still thriving. 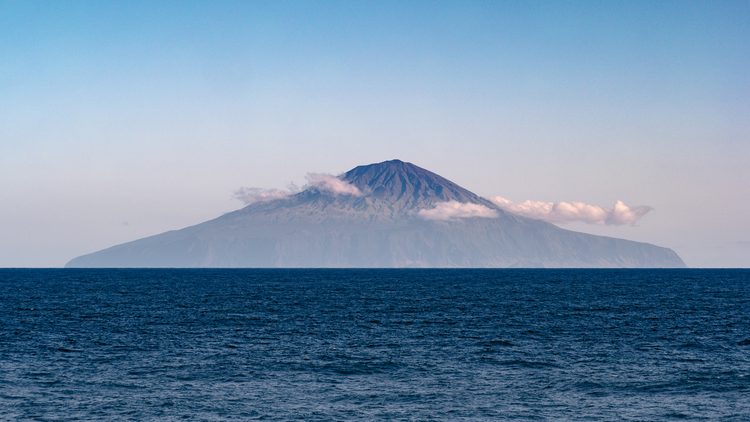 Imagine the most remote place you have visited.

Now imagine that remoteness and isolation on an island slightly larger than Manhattan. Imagine that island in the middle of the South Atlantic Ocean, more than 1,500 miles away from the next closest settlement. Finally, imagine sharing that island with just 245 other people.

That is Tristan da Cunha.

Tristan is 1,511 miles west of Cape Town, South Africa, and over 2,000 miles east of the Falkland Islands. Its population is 246. It is the most remote settled island on earth, and a small Catholic community not only survives there but thrives.

The previously uninhabited Tristan was first discovered by the Portugese explorer Tristão da Cunha in 1506 but was not permanently settled until 1816 when the British established a military outpost to monitor Napoleon’s exile on the only other inhabited island in the region, Saint Helena, more than 1,300 miles away. The island has maintained a permanent settlement since then.

The lone settlement is called Edinburgh of the Seven Seas and contains most of the trappings of mainland life: homes, a grocery store, the post office, a small hospital and even a bar.

The first Catholics to arrive on the island were Irish sisters Elizabeth and Agnes Smith, who settled on Tristan in 1908 with their husbands. Agnes established the Catholic community that still operates today.

Tristan itself is pastoral in nature, dominated by Queen Mary’s Peak, the mountain that rises more than 6,000 feet out of the ocean and that created the strip of habitable land. The lone settlement is called Edinburgh of the Seven Seas and contains most of the trappings of mainland life: homes, a grocery store, the post office, a small hospital and even a bar. The island’s economy is supported mostly by commercial fishing—crawfish is the island's speciality—and subsistence farming. Every native islander comes from one of seven families, mostly of English and Irish descent, but American, South African and Italian ancestry are also represented.

Ecclesiastically, Tristan is considered a mission of the church and is grouped with the Falkland Islands, which are located about 2,500 miles away. The island’s formal ecclesial status is the Apostolic Prefecture of the Falkland Islands and the Ecclesiastical Mission sui iuris of Saint Helena, Tristan da Cunha and Ascension Island. “Mission sui iuris” is a designation for remote areas or areas with very few Catholics; other such missions include Afghanistan and the Turks and Caicos islands.

St. Joseph’s Church, the island’s Catholic church, is located near the center of the settlement. Although it is a nondescript building, its elongated nave, pitched red roof and tall steeple make it unmistakably a church. Inside is a colorful and beautiful Mary, Star of the Sea stained glass window, pews and, of course, a tabernacle and altar.

Tristan still does not have a permanent resident priest. In 2016, the Rev. Hugh Allan of the Norbertine Order was appointed the ecclesiastic superior for Tristan, Ascension and Saint Helena, and the apostolic administrator of the Falkland Islands. Based in the United Kingdom, Abbot Hugh makes the trip to Tristan once a year.

“My main task as apostolic administrator is to care for the parish communities on the islands,” he said in an interview. “Visiting the islands is not an easy task—it takes five to six days to get to Tristan da Cunha on a fishing trawler. My task, then, is to support the islanders in trying to live the Gospel.”

His visits to the island usually last anywhere from several weeks to several months. His presence allows the islanders to celebrate sacraments that require a priest. According to Mr. Glass, “If there’s any people for confirmation or first Communion, they usually leave it for a time when a priest is here.”

Notably, the islanders are able to celebrate the Eucharist every Sunday, with or without a priest present. “There are three eucharistic ministers on the island, all grandchildren of Agnes Smith,” Mr. Glass said, including Mr. Glass and his sister.

Before he departs, Abbot Hugh consecrates enough hosts to last the islanders another year until he visits again. “At my final Mass on the island I consecrate around 4,000 hosts,” he said. “They are vacuum sealed in plastic containers and placed within a large ciborium in the tabernacle.” These are then used at the weekly services, which otherwise follow the normal order of the Mass.

Tristan’s ecclesiastical arrangement is based on a manual designed by the U.S.Conference of Catholic Bishops. The islanders use a guide called “Sunday Celebrations in the Absence of a Priest,” which was developed and published by the U.S.C.C.B. in 1994.

Among other guidelines, the document specifies that “it is appropriate to keep many of the parish norms for celebrating the Mass in place” and that “treatment of vessels, altar linens, sacred books, and the consecrated host should follow the guidelines of the General Instructions for the Roman Missal.”

“We have a full Communion service and a normal Catholic Mass every Sunday,” Mr. Glass said. The eucharistic ministers can also perform funerals, baptisms and weddings but have to wait for a priest to celebrate confirmations and hear confessions.

“It is always a special time when the priests come,” said another parishioner, Anne Green. “It is good to have the homilies at Mass and [have the priest] speak with people and support them in the faith.”

Ms. Green said that it used to be much more difficult to be a practicing Catholic on Tristan. “Before we had our first small church built in the 1980s, several years could pass between one priest’s visit and the next, and that was quite a challenge,” she said. “Then for a while we were able to have a priest stay for several months of the year. Now it is generally a visit once a year, but we are used to that.”

Abbot Hugh acknowledges the remoteness of the island but said it is not the obstacle it used to be and, in fact, has some beneficial influences on faith life.

“They are remote, and the islanders know this. However, with modern technology and communications, they are less isolated than in days gone by,” he said. “It is always a great privilege to visit the island communities and to spend time with the good people who live there. I have encountered so much kindness and goodness.”

Micronesia’s Jesuit school is reopening, despite spotty internet and a president stuck outside the country
Kevin Christopher Robles

Catholicism on Tristan is flourishing, despite the ways in which it differs from the average Catholic community in circumstance. The church on Tristan embodies the literal nature of the Great Commission from Matthew’s Gospel: “Go therefore and make disciples of all nations.”

“I love that on all the islands, in the church, the little red light shines next to the tabernacle,” Abbot Hugh said. “Jesus Christ is truly present, even in these remote places.”