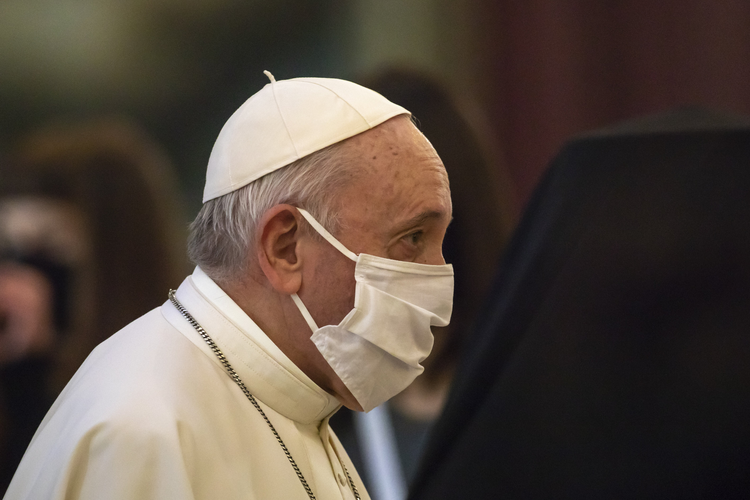 In a new documentary that premiered in Rome today, Pope Francis reiterated his support for civil unions for same-sex couples and slammed the Trump administration’s family separation policy.

Listen and subscribe to "Inside the Vatican" on Apple Podcasts and Spotify.

This week on “Inside the Vatican,” host Colleen Dulle and Vatican correspondent Gerard O’Connell discuss the new documentary, “Francesco,” directed by Evgeny Afineevsky. Gerry interviewed the director, who sought to depict Francis’ papacy through the lens of the social issues the pope has focused on.

Colleen and Gerry discuss the pope’s comments on the family separation policy coming out just weeks before the U.S. presidential election. “It’s cruelty, and separating kids from parents goes against natural rights,” the pope says in a new interview given for the documentary. “It’s something a Christian cannot do.”

They also discuss the history behind Francis’ endorsement of legal protections for same-sex couples, which dates at least to Francis’ days as archbishop of Buenos Aires.