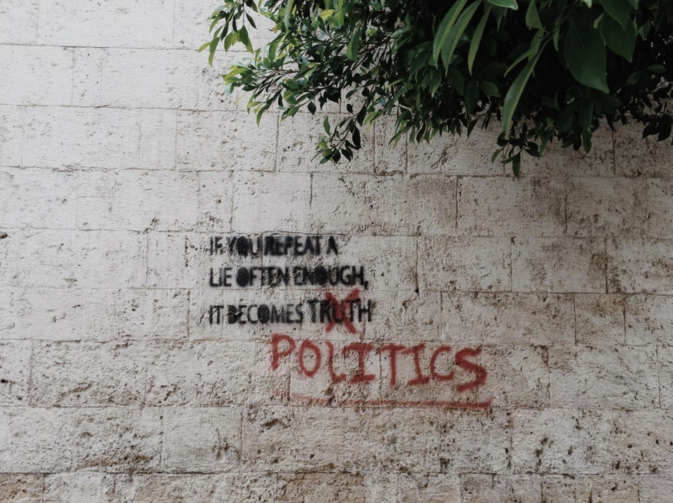 Photo by Brian Wertheim on Unsplash

A Reflection for the 29th Sunday in Ordinary Time

The Scriptures will have their say. In our worship, they have always been assigned to the day, so most Christians throughout the world hear the same Scriptures on Sunday. The one who preaches does not choose them; they come as commission. Two weeks before the U.S. election, the Scriptures remind us “to repay to Caesar what belongs to Caesar” (Mt 22:21).

So, what should a preacher say? “Politics makes me sad”? Am I the only one depressed by the options that we are offered and by the state of our union?

Probably not. Limited political choice is a common complaint. It is not only an American problem, though our unique system almost guarantees a gap between popular opinion and government. Unlike most democracies, we do not have a prime minister, who is replaced when he or she loses a major vote of the people’s elected representatives.

Two weeks before the U.S. election, the Scriptures remind us “to repay to Caesar what belongs to Caesar.”

Moreover, our two political parties tend to package proposals according to platforms, which are not determined by ordinary citizens. Neither Democrats nor Republicans allow us to pick and choose from their policies. Consequently, for many of us, picking our party is choosing our poison.

Even here, though, Americans are not alone. In his new encyclical “Fratelli Tutti,” Pope Francis shares our sorrow:

Political life no longer has to do with healthy debates about long-term plans to improve people’s lives and to advance the common good, but only with slick marketing techniques primarily aimed at discrediting others. In this craven exchange of charges and countercharges, debate degenerates into a permanent state of disagreement and confrontation (n.15).

The United States of America owes its origin to the notion that limited government is best, yet it is human nature to want government to conform to one’s own preferences. As those predilections will remain divided, delight in the direction of our polity will always be dimmed for some. We cannot all have what we want, but none of us should be disgruntled. Indeed, “Fratelli Tutti” tells us that:

We should not expect everything from those who govern us, for that would be childish. We have the space we need for co-responsibility in creating and putting into place new processes and changes. Let us take an active part in renewing our troubled societies. Today we have a great opportunity to express our innate sense of fraternity, to be Good Samaritans who bear the pain of other people’s troubles rather than fomenting greater hatred and resentment (n. 77).

Granting all of this, isn’t there a sadness, a great discontent in the land? Some of this is the pressure of the pandemic. It is a burden that weighs upon our commonweal, “exposing our false securities,” as Pope Francis writes (No. 7). In that regard, we are like all those who have come before us, an example of what the church means by sin: We are united in suffering yet divided in sympathies.

Pope Francis puts it so well when he writes, “Things that until a few years ago could not be said by anyone without risking the loss of universal respect can now be said with impunity, and in the crudest of terms even by some political figures” (No. 45). So, perhaps providence is opportune, asking us to ponder the meaning of politics.

We should mark at least two measures of hope. First, even to be discontented and dissatisfied with our government is a blessing. In most ages of the world, there was never an expectation that polity could be improved or should come to reflect the will of the people. Governments did not disappoint voters. They ruled without regard.

At least most of us live in societies where we can hear this summons of Pope Francis:

I invite everyone to renewed hope, for hope “speaks to us of a thirst, an aspiration, a longing for a life of fulfillment, a desire to achieve great things, things that fill our heart and lift our spirit to lofty realities like truth, goodness and beauty, justice and love…Hope is bold; it can look beyond personal convenience, the petty securities and compensations which limit our horizon, and it can open us to grand ideals that make life more beautiful and worthwhile.” Let us continue, then, to advance along the paths of hope (n. 55).

Secondly, wherever democracy exists, it impels disciples of Christ to take an active role in the direction of our governments. We do not simply submit because someone must rule. Having been given some say, we must strive to speak according to what we think Christ would have us say.

After every election, some will be delighted, others disappointed. Yet by any measure, the world is making progress.

Yes, we will disagree, even as Christians. After every election, some will be delighted, others disappointed. Yet by any measure, the world is making progress. In this world, our hope is distant but real. We Christians believe that, in Christ, hope has claimed our world. Pope Francis reminds this preacher, and everyone else, that

This entails working for a social and political order whose soul is social charity. Once more, I appeal for a renewed appreciation of politics as “a lofty vocation and one of the highest forms of charity, inasmuch as it seeks the common good” (n. 180).

More on this Sunday’s readings: