Podcast: Why Pope Francis should reform the C.D.F.

Podcast: Why Pope Francis should reform the C.D.F. 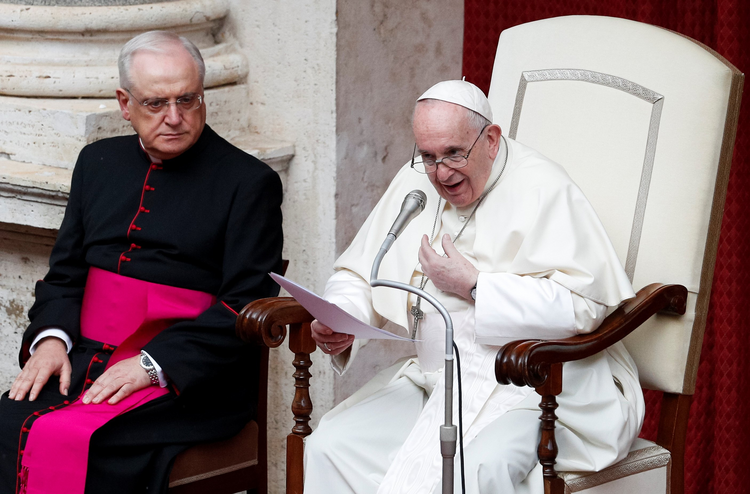 Pope Francis speaks during his general audience in the San Damaso courtyard at the Vatican Sept. 23, 2020. Also pictured is Msgr. Leonardo Sapienza, an official of the Prefecture of the Papal Household. (CNS photo/Vatican Media)

Listen and subscribe to "Inside the Vatican" on Apple Podcasts and Spotify.

The same day, Irish priest Tony Flannery, who was suspended from ministry in 2012 after speaking out in favor of women’s ordination to the priesthood, shared that the Congregation for the Doctrine of the Faith told him he could be restored to ministry if he signed an affirmation of church teaching on four hot-button issues. These included women’s ordination, homosexuality and gender theory.

Pope Francis to parents of L.G.B.T. children: ‘God loves your children as they are.’
Gerard O’Connell

The Vatican has stated that it has been in dialogue with Father Flannery; however, Father Flannery says no one from the C.D.F. has ever contacted him directly. As in past cases when the C.D.F. has disciplined theologians, all communication came through the priest’s superiors—what veteran Vatican reporter Gerard O’Connell calls an “impersonal” and “dehumanizing” process which seems at odds with Pope Francis’ hallmark strategy of personal accompaniment and dialogue.

This week on “Inside the Vatican,” Gerry and producer Colleen Dulle discuss why the C.D.F. appears out of step with the pope. Senior Vatican sources told Gerry that Pope Francis should intervene to change the culture of the C.D.F., and the hosts discuss how that might be done.

Pope Francis to parents of L.G.B.T. children: ‘God loves your children as they are.’

More: Inside the Vatican / Pope Francis