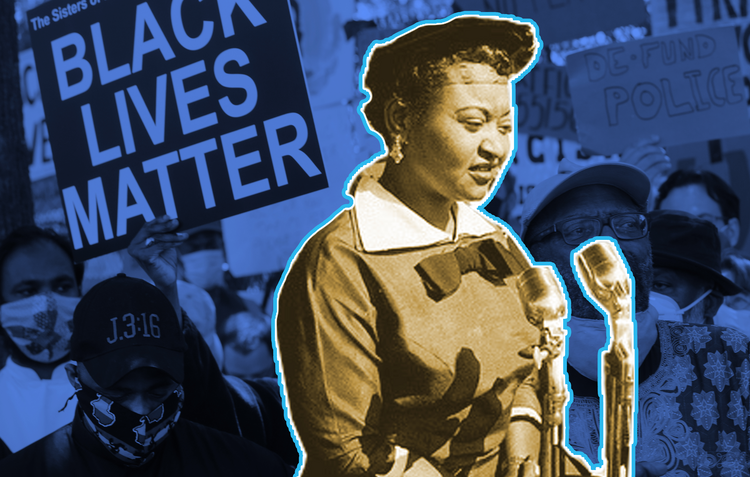 [Listen to this article recreated in our Church Meets World podcast.]

One evening in June, I came home from a protest against racism only to discover that my teenage son had been at the same protest. It was another sign of the times. A pair of pandemics—one of inequality and another of infection—are so prevalent that a father and a son can unknowingly march together.

To me, as a cradle Catholic, it felt like the beginning of the Litany of the Saints. As the march continued, others were named. Say her name! Breonna Taylor! Say his name! Ahmaud Arbery! The pleasure of the Litany of the Saints is that it unfurls out into eternity. The horror of the protester’s litany was that a new name could be shouted each minute of the march without exhausting the names of the dead, an infernal unfurling.

Every name of a slain person is the name of someone’s child. They were birthed, raised, loved and then killed. This is no new story, even if it has become the news story.

Every name of a slain person is the name of someone’s child. They were birthed, raised, loved and then killed. This is no new story, even if it has become the news story.

As I listened to my local NPR station while washing dishes later that night, an African-American pastor was asked, “Why now, when racism and injustice have been with us for so long?” She opined that it was because George Floyd’s murder was filmed and because he called for his mother.

I can relate. As a Catholic, I have been trained to call on mothers—Mama, Mother Church, Mary—daily but especially in my distress. Who else but a mother can answer her child’s call?

Thinking about the Litany of the Saints, the cries of murdered children and the mothers who answered their calls, I thought of a most remarkable mother, Mamie Till Mobley, and told my own children part of her story.

Thinking about the Litany of the Saints, the cries of murdered children and the mothers who answered their calls, I thought of a most remarkable mother: Mamie Till Mobley.

Mamie Till Mobley mothered a son, Emmett Till, whose dead body sparked a national outcry. In August 1955, Emmett Till, a 14-year-old African-American boy from Chicago, was visiting relatives in Mississippi. In a local grocery store, he spoke to one of its proprietors, Carolyn Bryant, a 21-year-old white woman. Her husband, Roy Bryant, and his half-brother, J. W. Milam, shortly thereafter abducted Emmett Till from his great-uncle’s home, savagely beat him, shot him and sank his body in the Tallahatchie River. Three days later, his mutilated body was discovered.

The discovery of his body never led to legal justice. Not in 1955, when an all-white jury found Bryant and Milam innocent. Not in 1956, when Bryant and Milam confessed to the murder in a story for Look magazine. Not in 2004, when the Department of Justice opened an investigation into the case. Not in 2017, when Carolyn Bryant admitted in an interview that she had lied in her testimony against Emmett Till.

Each moment is a sour confirmation of the world’s order. Each is a reminder that the only justice Emmett Till ever received was from the faithful witness of Mamie Till Mobley, his tireless mother.

The only justice Emmett Till ever received was from the faithful witness of Mamie Till Mobley, his tireless mother.

So I asked our son to read aloud her oral account, preserved by Studs Terkel in Will the Circle Be Unbroken?, of receiving her son’s brutalized body. Less than two weeks after she had bidden him farewell on a Mississippi-bound train, Ms. Mobley retrieved the body of her only child from the train station in Chicago. She recounted the moment in unflinching detail:

I began a real minute examination. I looked at his teeth and there were only about four of them left. He had such beautiful teeth. I moved on up to the nose. And it looked like somebody had taken a meat cleaver and had just chopped the bridge of his nose. Pieces had fallen out. When I went to look at his eyes, this one was lying on his cheek. But I saw the color of it. I said, “That’s my son’s eye.” I looked over at the other and it was as if somebody had taken a nut picker and just picked it out. There was no eye. I went to examine his ears. If you’ll notice, my ears are detached from my face and they kind of curl on the end. And his did, too. There was no ear. It was gone. I was looking up through the side of his face and I could see daylight on the other side. I said, “Oh, my God.” The tears were falling, and I was brushing tears away because I had to see.

Ms. Mobley knew the body, even in its despoiled state, as the body of the son she had birthed, nursed and bathed. She received his body in the funeral home, examined it and knew it, as only a mother could. Then she prayed:

Later, I was reading the Scriptures. And it told how Jesus had been led from judgment hall to judgment hall all night long, how he had been beaten—and so much that no man would ever sustain the horror of his beating. That his face was just in ribbons. And I thought about it, and I said, “Lord, do you mean to tell me that Emmett’s beating did not equal the one that was given to Jesus?” And I said, “My God, what must Jesus have suffered?”

As my own son read these words aloud to his sisters, I was dumbfounded again. How could she say her own son suffered less than Jesus? How could a mother be so faithful? Ms. Mobley understood something our sanitized pictures of Jesus hide: that the suffering of Jesus continued in the death of her son and is ongoing in the deaths of George Floyd, Breonna Taylor, Ahmaud Arbery and all the brutalized black bodies before and after. It is an infernal litany but one that, through a mother’s call, becomes a catalyst for justice.

Mamie Till Mobley understood something our sanitized pictures of Jesus hide: that the suffering of Jesus continued in the death of her son.

After privately viewing her son’s body, Ms. Mobley exposed his body in an open-casket funeral. On Sept. 6, 1955, tens of thousands of people viewed the brutalized body in the gathered company of their church. After viewing his body, the mourners and those around the world who saw the graphic photographs cried out for justice.

Within 100 days of Emmett Till’s murder, Rosa Parks began her bus boycott while thinking of Emmett Till. His body became a call to action because Rosa Parks and Ms. Mobley transformed his suffering from a private wound into a public sin.

In the days after her son’s death, Ms. Mobley, in a statement recorded by The Chicago Defender, cried out to a gathering:

Lord, you gave your only son to remedy a condition, but who knows, but what the death of my only son might bring an end to lynching.... Lord take my soul, show me what you want me to do and make me able to do it.

I count Mamie Till Mobley in the litany of the saints whose company I hope to keep. Learning from Ms. Mobley, I pray to be shown and to be made able. I pray for Emmett Till, for George Floyd, for the mothers they called upon. And I pray for the justice they sought.

[Read this next: Emmett Till: the lynching that shook the conscience of the world] 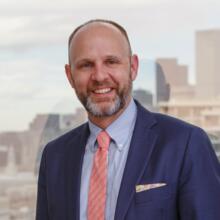 Abraham M. Nussbaum, M.D., is a writer and physician who practices at a safety-net hospital in Denver, Colo., where he lives with his wife and three children. He is the author of The Finest Traditions of My Calling: One Physician’s Search for the Renewal of Medicine.

@AbrahamNussbaum
Show Comments ()
Join the conversation: Login or create an account
Before you can comment, you need to update your profile to include your first and last name, as required in our comments policy. Then reload this page and you'll be set up for commenting. Update your profile