Podcast: There is more to Benedict XVI’s new interview than abortion and gay marriage

Podcast: There is more to Benedict XVI’s new interview than abortion and gay marriage 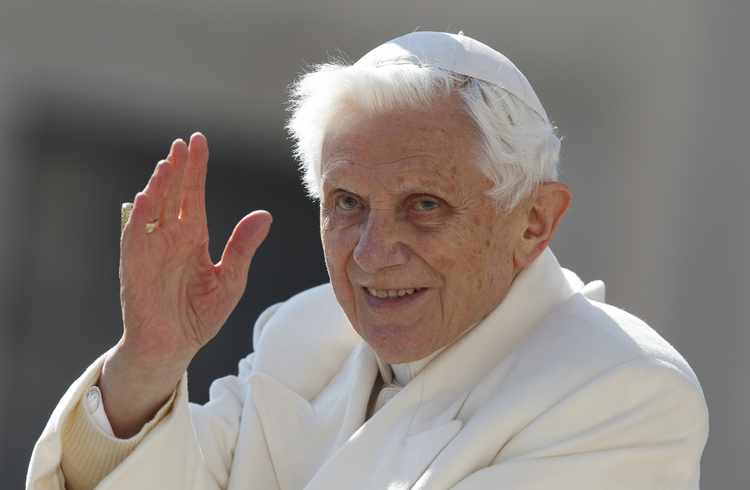 Retired Pope Benedict XVI, pictured in a 2013 file photo. In a newly published biography, Pope Benedict said the Catholic Church is threatened by a "worldwide dictatorship of seemingly humanist ideologies." He cited same-sex marriage, abortion and the "creation of humans in the laboratory" as examples. (CNS photo/Paul Haring)

A newly-published interview with Pope Emeritus Benedict XVI grabbed headlines this weekend because of the former pope’s comments linking abortion, in-vitro fertilization and gay marriage to the “Antichrist.” That interview was part of a new 1,000-page biography of the pope emeritus by Peter Seewald, released in German on Monday and slated to be published in English in November. He also said that “modern society is in the process of formulating an anti-Christian creed, and resisting this creed is punished by social excommunication.”

On this episode of the “Inside the Vatican” podcast, America’s Vatican correspondent Gerard O’Connell and I look at the interview and go beyond the media spin: We examine Pope Emeritus Benedict XVI’s historical connections to some of the topics he addressed, and Gerry highlights what is new in the excerpts he has seen thus far, including the emeritus pope’s revelation that he has written a “testament” to be published after his death.

Earlier in the episode, Gerry gives an on-the-ground update from “phase two” of Italy’s coronavirus lockdown. We also discuss the interreligious day of prayer organized by Vatican and Muslim leaders for an end to coronavirus, along with Pope Francis’ call for nations and corporations to share any eventual Covid-19 vaccine. That call was the latest in a string of requests from the Vatican for greater multilateral cooperation, which former Italian prime minister Enrico Letta recently discussed in an interview for America with Gerry.