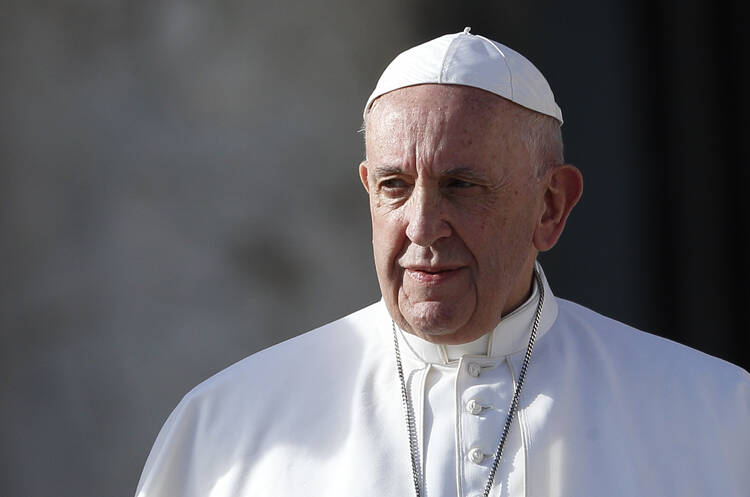 It’s no secret that Pope Francis has faced opposition during his pontificate: some of it, the healthy disagreement he’s called for, some more serious—what The Tablet Vatican reporter Christopher Lamb calls well-financed, well-publicized “guerilla attacks” on the pope.

Chris outlines more than one hundred instances of such highly-publicized attacks on Francis in his new book The Outsider: Pope Francis and His Battle to Reform the Church. He joins me on “Inside the Vatican” to discuss the criticism the pope has received from across the church-political spectrum, and what distinguishes healthy disagreement from the attacks that Pope Francis called backstabbing.

Pope Francis on plane: ‘I am not afraid of schisms. I pray they do not happen.’
Gerard O’Connell

Chris and I also put the attacks on Pope Francis in context: Is it fair to say that attacks on Francis’ papacy are unprecedented when, for example, there were three rival popes during the Western Schism? What role has money played in these attacks, and what is their end goal?

We unpack the connections between the pope’s wealthy critics and the media outlets that have magnified their voices. We discuss, too, the places the pope has fallen short, and why Chris believes that, despite Pope Francis’ mistakes, the pope is still “a man of integrity.”

Link from the show:

The Outsider: Pope Francis and His Battle to Reform the Church