To heal the church from the sex abuse crisis, we need apologies, not just policies 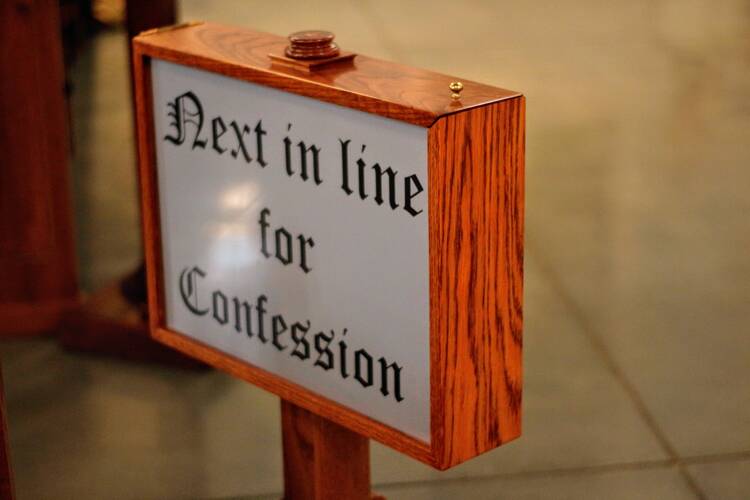 Photo by Shalone Cason on Unsplash

The day after New Year’s my husband and I packed up our six children and drove to the Encounter Conference, in Toledo, Ohio, where 3,000 Catholics gathered for three days of inspiring talks, Eucharistic adoration and Mass.

I’ll admit it: I limped into the Encounter.

Since the summer of 2018, the revelations of grave sexual abuse committed by Catholic clergy in the highest echelons of the church hierarchy has left me devastated and grieving. I am disillusioned with the Catholic Church, in general, and especially the clergy, whom I have always held in high regard. The continually unfolding news about the sinful actions of cardinals, bishops and priests revealed to me the serious level of corruption within the institution and highlighted a lack of virtue and piety among too many priests.

The church wants my son to consider the priesthood. After the abuse scandal, how can I trust he’d be safe in seminary?
Colleen Duggan

Heartbroken by what has happened in my church and impatient with the spiritual mediocrity I experience with clergy at all levels, I dragged myself to this conference desperate for the revival I believe is needed within the body of Christ today.

On the second day—when it was time for Mass—my younger children asked to sit in the high-rise bleachers at the back of the stadium-sized auditorium so they would have an unhindered view during the consecration. Hoping to keep misbehavior to a minimum, I consented to their request, and together all eight of us climbed the stairs to find seats before Mass began.

Once I settled everyone and finally sat down myself, I scanned the crowds. From our vantage point, we could see everything and everyone in the entire place. I was shocked when I noticed the long line of clergy assembling directly in front of us to process into Mass.

“Mom,” my 15-year-old daughter exclaimed, “have you ever seen so many priests in one place at one time?”

It is time for you to forgive the priests of the Roman Catholic Church for their many failures.

My 6-year-old tugged on my sweater and said, “Mom, I’ve never seen so many fathers in one spot!”

My other daughter chimed in, “I counted at least 76, plus the bishop!”

Indeed, it was a sight to behold.

Something stirred in my heart. I had not anticipated the visible presence of so many clergy. This seemed like the type of event that attracted the people in the pews, not the place where I expected to cross paths with priests who desired to receive a touch from Jesus just like I did.

I watched as they processed into Mass when I had a sudden and random thought, one I now know was a gentle invitation from above: “It is time for you to forgive the priests of the Roman Catholic Church for their many failures.”

I balked. And then I made a mental list of all the reasons my anger was justified.

I made a mental list of all the reasons my anger was justified.

I knew, too, that I was angry on behalf of so many survivors of abuse, who had suffered even more than I for the sins of so many supposedly holy men. And yet, even after I offered my valid list of reasons to stay angry, I couldn’t ignore the still, small voice that invited me to forgive.

The invitation hung in the air as Mass concluded, and it followed me around for the next 24 hours. I remembered it when, for instance, I passed a priest in the hallway and he smiled at me; I noted the negative internal dialogue it prompted and my suspicion of a complete stranger.

Perhaps forgiveness of the moral and human failings of the priests in the Roman Catholic Church, I silently mused, is exactly what is required, especially for my own peace and healing.

The next day, I decided to take advantage of the sacrament of confession to discuss some of the anger I had been carrying with me since the scandal broke. When an empty seat next to a priest became open, I approached him, introduced myself and began my litany of venial sins. I was not very far into my list when I stopped, looked him in the eye and announced: “And you know what? I’m really angry at all of you priests for the scandal. Everywhere I look there is devastation caused by the abuse, and I’ve been so hurt by all of it.”

I started to cry. The priest dropped his head into his hands, and when he picked it back up I saw his red-rimmed eyes filled with tears.

“Colleen,” he said, “this abuse should never have happened in the church, and it was wrong.”

Then he stood up from his seat and knelt in front of me on his knees.

“On behalf of the entire Roman Catholic Church,” the priest said, “I want to say I’m sorry for all the evil.”

“On behalf of the entire Roman Catholic Church,” the priest said, “I want to say I’m sorry for all the evil. I want you to know I believe God is going to redeem all that has occurred, but I also want you to know none of this bad stuff was his will to begin with. I’m sorry for your pain. Please accept my deepest apology, and I ask for your forgiveness.”

I fought the temptation to pull this priest, kneeling and weeping before my very eyes, off his knees. I resisted my desire to yell out loud: “You didn’t do this, Father, get up! This isn’t your fault!”

Instead, I received what he was saying; I accepted this man’s heartfelt words.

“Of course, I forgive you, Father,” I told him, sobbing now. “You didn’t do any of this, though I’m grateful for your witness. Your apology means something to me. Thank you!”

The priest stood, sat back down and wiped the tears from his eyes. We talked for a bit longer, and he encouraged me to have patience with the priests I encountered. He asked for continued prayers for the entire church. Before I left, I thanked him again for his sincere words.

I walked out of confession feeling loved, but most important, I felt like a part of my heart was healed. I did not feel nearly as angry as I did when I walked in. It made a huge difference to me that this priest—even though he was not personally responsible for the scandal—truly heard me and did not offer me any excuses or platitudes for sin. Instead, he got on his knees and offered an apology, which was all I really needed to forgive.

The priest stood, sat back down and wiped the tears from his eyes.

I suspect in the effort to fix the church and to prevent a scandal of this magnitude from ever happening again, members of the clergy have too often overlooked something very simple and something that would very much help heal the hearts of everyday Catholics like me: They’ve forgotten the power of a heartfelt apology.

As an institution, our church often seems focused on drafting perfect programs and policies to mitigate damage and to prevent further catastrophe, and a thoughtful and systemic response is necessary. But what if, first, each and every priest acknowledged the pain and devastation this scandal has caused and simply said they were sorry for it whenever they were confronted by the pain of one of their people?

What if, instead of trying to talk wounded Catholics out of their feelings by recounting Scripture narratives that outline similar sins or reminding us of other times in church history where scandal occurred, what if each priest simply admitted this type of abuse should never have happened in the first place?

What if instead of excusing themselves from the devastation wrought by institutional sin, each priest took responsibility for their own lack of personal holiness and examined how it may enable evil in our church?

What if each priest, whenever he was confronted by a crying parishioner, got on his knees and asked for forgiveness for a sin that wasn’t his?

If a simple “I’m sorry” from the mouths of priests were a regular experience for lay Catholics, I daresay more healing within Catholic communities would come—and from that, solutions to effectively address this mess would also follow. If sincere apologies from the clergy were more of a norm and less of an exception, the laity might feel less outrage and suspicion.

Healing comes first from heart-to-heart connection, from human interactions. Only after this connection is made can programs and policies and institutional committees hope to be effective.

I know because I’m living proof. 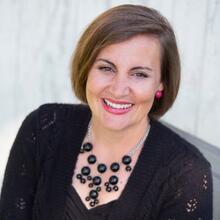 Colleen Duggan is the author of Good Enough Is Good Enough: Confessions of An Imperfect Catholic Mom. She is a Catholic writer, catechist and speaker whose work has appeared in many Catholic media outlets including Catholic Digest, Creative Catechist, CatholicMom.com, Aleteia and Integrated Catholic Life.