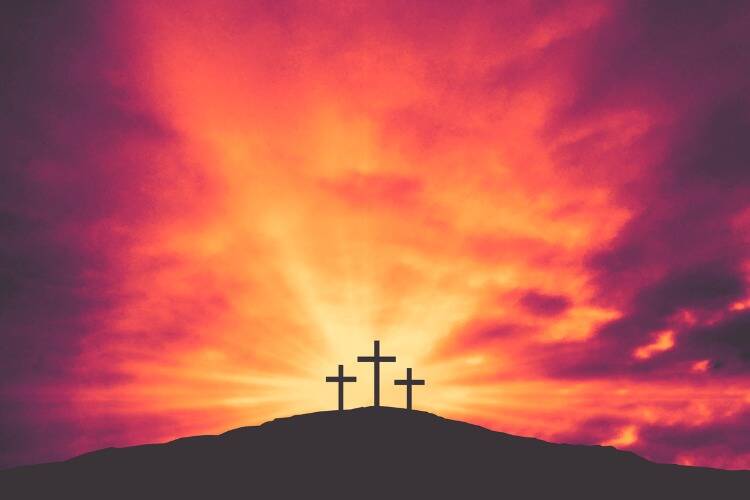 Happy Easter! Christ is risen! Easter is the most important day of our liturgical year. Today we celebrate Jesus’ willingness to die for our sins and his victory over death. Jesus’ resurrection is a foundational Christian belief. But, what if you believe in the resurrection but don’t understand it? You are not alone. The Gospels reveal the very human responses to this mystery of faith: confusion, fear and sadness that eventually give way to awe and belief.

Mary of Magdala came to the tomb early in the morning and saw the stone removed. (Jn 20:1)

How can you show your gratitude for the resurrection?

How can you continue your positive Lenten practices throughout the year?

In John’s Gospel, Mary Magdalene visits Jesus’ tomb alone, finding the stone removed and Jesus’ body gone. Upset and confused, Mary alerts Peter and the beloved disciple, an unnamed follower of Christ, and they run to the site, showing their fervor and concern. John highlights the race between Peter and the disciple, which could allude to a rivalry between them. John states clearly that the beloved disciple arrives at the tomb first, but Peter enters first. When the disciple enters, he believes right away when he sees the empty tomb and burial cloths. While Mary, Peter and the disciple try to grapple with what has happened, John underscores that “they did not yet understand the Scripture that he had to rise from the dead” (Jn 20:9).

John, however, heightens the mystery by excluding a verbal declaration. Instead, he depicts the emptiness of the tomb and the empty linen wrappings as a visual communication of the resurrection. Jesus’ followers must infer their meaning. Although today the empty tomb and linens are clear signs of the resurrection, at the time, their significance was not fully understood.

Fortunately, we have the 50-day Easter season to hear about Jesus’ resurrection appearances through Gospel readings that help to clarify and reaffirm the resurrection. For instance, after Peter and the disciple depart, Jesus appears to Mary and gives her verbal confirmation of his resurrection (Jn 20:11-18). Similarly, Jesus makes several other appearances to his followers and shows his wounds from the crucifixion as evidence of his death and resurrection. What might be difficult to understand on Easter Sunday can become clearer for us throughout the Easter season.

As we celebrate this season, we pray for clarity, offer prayers of thanksgiving and bask in the joy of the Easter miracle. Alleluia!

This article also appeared in print, under the headline “Emptiness Speaks Volumes,” in the March 30, 2020, issue. 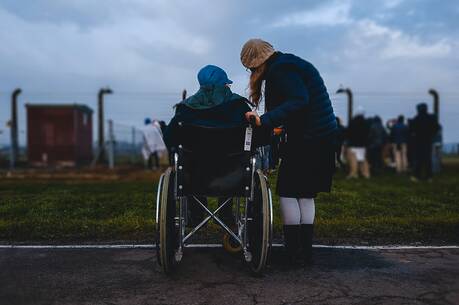 The biblical call to confront ableism
Aug. 28, 2022, the Twenty-second Sunday in Ordinary Time: Jesus envisions the kingdom of God as place for all people and calls us to work to make it so.
Jaime L. WatersAugust 19, 2022 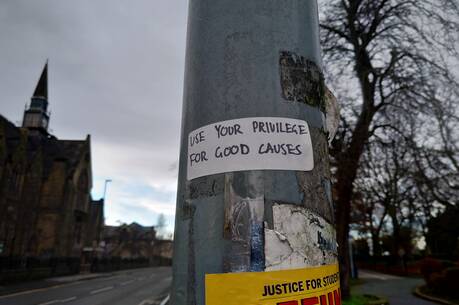 Jesus reimagines leadership and privilege
Aug. 21, 2022, the Twenty-first Sunday in Ordinary Time: Though today's Gospel can sound exclusionary, we should also hear Jesus' focus on the broadness and openness of the kingdom.
Jaime L. WatersAugust 12, 2022

The risks of having faith
August 14, 2022, the Twentienth Sunday in Ordinary Time:Embedded in these texts are nuggets of hope and suggestions for dealing with unsettling realities.
Jaime L. WatersAugust 05, 2022

How should we approach problematic images in the Bible?
August 7, 2022, the Nineteenth Sunday in Ordinary Time: Although this language may resonate with some audiences, likening God to a slave owner is troubling and envisions a relationship based out of fear and abuse rather than love.
Jaime L. WatersAugust 01, 2022