Pope Francis is trying to convert the Catholic Church. Why are some opposed?

Pope Francis is trying to convert the Catholic Church. Why are some opposed? 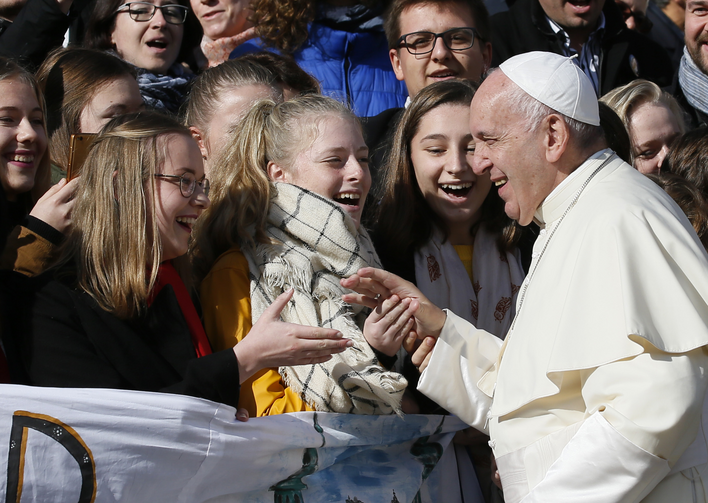 Pope Francis’ reforms of the Catholic Church are, depending on whom you ask, a long-awaited breath of fresh air or a slippery slope toward surrender to the modern world. Austen Ivereigh, who has already written one biography of Pope Francis and closely documented the historic events of his papacy, is out with a new book, Wounded Shepherd: Pope Francis and His Struggle to Convert the Catholic Church. We ask Austen about why exactly some in the church are resistant to or skeptical of the pope, what Francis’ biggest reforms have been and what complaint Pope Francis had with his first book.

In Signs of the Times, we look at an exciting new initiative in San Diego, where Bishop Robert McElroy proposed that by the end of 2022, 25 percent of parish leadership positions should be filled by young adults. We also talk about the U.S. bishops’ meeting in Baltimore, where they elected their first Latino president, and what it could mean for the present and future of the church. Plus: a look at the falling number of Latino Catholics in the United States and Georgetown University’s plans to make reparations to the descendants of slaves sold by the Jesuits in 1838.

Archbishop Jose Gomez elected first Latino president of the U.S. Conference of Catholic Bishops
Study finds US Latinos are no longer majority-Catholic. Here are some reasons why.
San Diego’s Catholic Church works to recruit more millennials
Georgetown reparations plan for slaves sold by university draws criticism from students
Pope Francis on prison systems: ‘We will be judged on this’
USCCB Statement on Wounded Shepherd