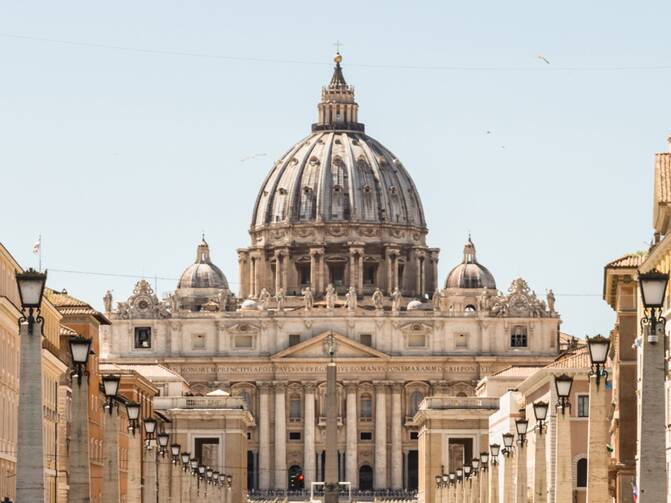 Pope Francis has removed the statute of limitations to enable the prosecutor of the Vatican City State to ask its tribunal to send the Rev. Gabriele Martinelli, an Italian priest, for civil trial. He is accused of the sexual abuse of altar boys who served the papal Masses in St. Peter’s Basilica and who lived in a Vatican pre-seminary in the years before 2012. The prosecutors have also sent the Rev. Enrico Radice, the rector of the seminary during the years the alleged abuse took place, for trial on charges of abetment.

The Vatican broke the news in a press statement sent to the international media on Tuesday evening, Sept. 17. The Vatican said its investigation began in November 2017 after news of the alleged assaults “was divulged by press outlets.”

It went on to state that “the facts go back to the years in which the law in force at the time prevented the [judicial] process in the absence of a charge brought by the offended person that had to be presented within one year of the contested facts.” It said that “the sending for trial was made possible by virtue of a special provision of the Holy Father on July 29 last, that removed the cause of not-proceeding.” The pope’s decision to remove the statute of limitations prevailing in 2012 was essential to allowing the prosecution to proceed.

Italian television first broke the news, which was then carried by other media, including Il Fatto Quotidiano, which spoke to some of the victims. These media outlets allege that the priest, now 26 years old, abused altar boys in a pre-seminary within the Vatican.

The Rome daily, Il Messagero, said the alleged abuse, which took place around 2012 and in previous years, also involved the abuse of authority because though at the time a seminarian himself, Father Marinelli was acting in a role as a superior.

The Rome daily, Il Messagero, said the alleged abuse, which took place around 2012 and in previous years, also involved the abuse of authority because though at the time a seminarian himself, Father Marinelli was acting in a role as a superior. It said Father Martinelli was ordained a priest for the Diocese of Como on June 10, 2017.

It also reported that the Italian state prosecutor had opened an investigation into the case, according to the Lateran Treaty between the state and the Vatican. It quoted Cardinal Angelo Comastri, the archpriest of St. Peter’s, who had originally denied that there were such abuses. Vatican investigators have concluded otherwise. The accusations against Father Martinelli first surfaced in anonymous letters to the Vatican.

An Italian journalist, Gian Luigi Nuzzi, also broke the news in 2017 in his book Peccato Originale, citing the testimony of a young Polish man and former altar boy in that junior seminary. Father Martinelli, who was ordained that year, was never suspended from ministry, according to Italian media.

Don't you find it a strange double-standard that the Pope is willing to prosecute a young priests, ordained a mere two years and is willing to give Barrios, McCarrick, Maradiaga, and so many more a pass on their illegal and immoral behavior?

yes I do find it strange--obviously the older get more privilege than the young. This kid was damaged goods from the moment he entered the seminary, but nobody picked up on him? What kind of intake quality control does the Vatican have these days?--or was he just too close to home for Francis to be comfortable? He is probably just the tip of the iceberg.

I think a fairly easy explanation of the double standard is that this kid does not have any dirt on others, like McCarrick, Maradiaga, Harris, at al. had, including on probably Francis himself.