Marrying young saved me from becoming a stereotype 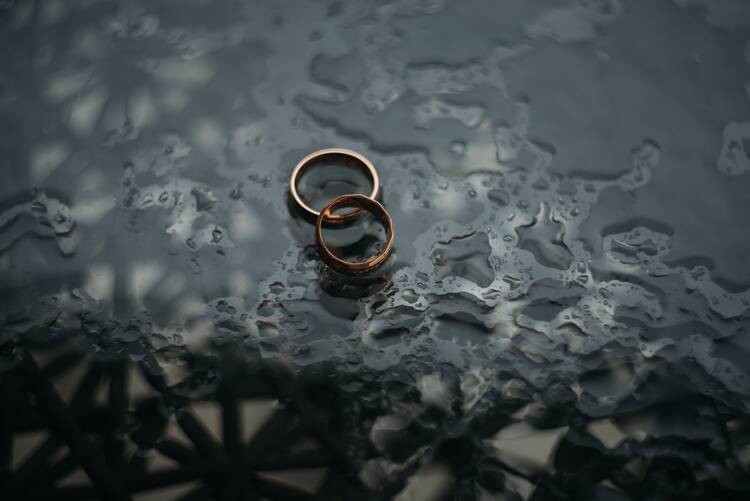 Photo by Zoriana Stakhniv on Unsplash

Growing up, I saw most of the marriages around me crumble. More often than not, it was the men who ran their relationships into the ground, whether by being unfaithful or worse. The usual tropes of Latino machismo and the twisted ideas of what constituted masculinity in my community at that time were on full display. For my friends and I, there was no blueprint for what a good marriage could look like, save for Friday night prime time television specials on ABC. As I approach 15 years of marriage, I like to think I have learned a thing or two.

My wife and I were in our early 20s when we met. I was lost and hell-bent on making a name for myself in the world of rap music, and she was a student trying to figure out if college was a waste of energy.

Most nights, you could find me chasing the ghost of the poet and novelist Roberto Bolaño or some other fish-out-of-water type whose work I admired. Around this time, my hip-hop band was starting to gain a following, taking meetings and entertaining record contracts. Then, out of the clear blue sky, a few of us shoved off to join up with a Christian missionary group overseas. Like Paul on the road to Damascus, we heard the call and split. A couple of wide-eyed misfits with knives for tongues and delusions of grandeur. We pledged to take the Word to the far reaches of the earth. Central America, South Africa, all across Eastern Europe and Russia. Almost two years passed, and I was a tortured believer through it all, pulled this way and that by bouts of tenacious faith and crippling doubt.

I would be lying if I said I was not curious at times. Curious about where I would be had I not gotten hitched before I learned how to balance a checkbook or fix a proper steak.

It was on my group’s last jaunt to the United Kingdom that my now-wife and I met and began a friendship. She had a smile that slayed me instantly and a chic black pixie cut like Winona Ryder in the ’90s.

In Glasgow, we stayed in a nine-story dormitory made of red sandstone. It sat on a narrow winding road and was owned by the Anglican church that was hosting our group for the summer. Every night we would stay up after the others had gone to bed, laughing and recounting stories from our childhoods—mine in Miami and hers in the Midwest. How we spent the summers biking and swimming. We talked about obscure films and how much we missed our families back home. As the trip came to a close, we committed to keeping in contact because maybe we were onto something with all of this. When I got home, I did what anyone broke and in love does: I took a job at a warehouse. She left for Ghana and was sent home early after contracting chemical hepatitis.

Eventually, I drove that forklift long enough to buy a ring. Eight months later, we were married in an old Baptist church in Springfield, Mo. That was almost 15 years ago. Naturally, a lot has happened since. Our love has transformed over time, morphed into something less fleeting, less dependent on some surface idea of happiness. More driven by meaning, joy and contentment in God. Four kids, two cars, and a mortgage. Despite the scars we have both earned in the process—the fights, the moments when divorce seemed like the only rational choice—I relish how our lives have taken shape. Most people marvel when any of this comes up in conversation, and strangers wonder aloud how old I must be. You look so young, they say, their eyes wide with shock. Getting married young is not for everyone, but some of us get lucky and meet somebody cool early on.

It is the rhythms of marriage, even its daily routines and repetitions, that become endearing and cause love to blossom over time.

Fifteen years. I would be lying if I said I was not curious at times. Curious about where I would be had I not gotten hitched before I learned how to balance a checkbook or fix a proper steak. Would I have written more? Attended a G-League tryout and held court? Or would I have just become my father, a serial cheater who perpetuated every negative stereotype about Latin men? No, in many ways, marriage saved me. It tempered me to a degree, challenged some of the false ideas I had about what a happy and fulfilled life might look like. It has also, I like to think, made me a better and more disciplined writer.

How one ministry helps families live the sacrament of marriage in community
J.D. Long-García

Marriage is thriving—but only among college graduates
Robert David Sullivan

Couples who have been married a while have some things figured out, or they should.

They give a side-eye to the flaws in many modern notions of romance, the loved-up couples posting date night photos on Facebook every five minutes. (Are you really that happy if you always feel the need to convince strangers on the internet that you are?) But it is the rhythms of marriage, even its daily routines and repetitions, that become endearing and cause love to blossom over time. It is where you are free to be you, a flawed human with quirks and many selves. Marriage, true romance, for that matter, is self-expression without fear of judgment; vulnerability without the threat of abandonment. And if you have a family, it is about keeping each other first—even, and I know how difficult it can be, before the kids.

If there is one thing I have learned, it is that healthy relationships require these small gestures of selflessness between spouses and partners, where it is just the two of you, nothing performative, nothing outside of the union dictating how you behave toward one another. Marriage is a gumbo, full of different ingredients and moving parts that take time to perfect. There is nothing particularly easy or simple about it. You just have to keep stirring. And so, if at any point you see us posing on Instagram wearing matching sweaters, say a prayer for us; we might be in rocky waters. 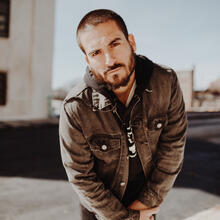 Juan Vidal is the author of Rap Dad: A Story of Family and the Subculture That Shaped a Generation. His writing has appeared in NPR, Rolling Stone and LA Times.

Great story.So simple but so true.