How we know God intends to be fair

How we know God intends to be fair 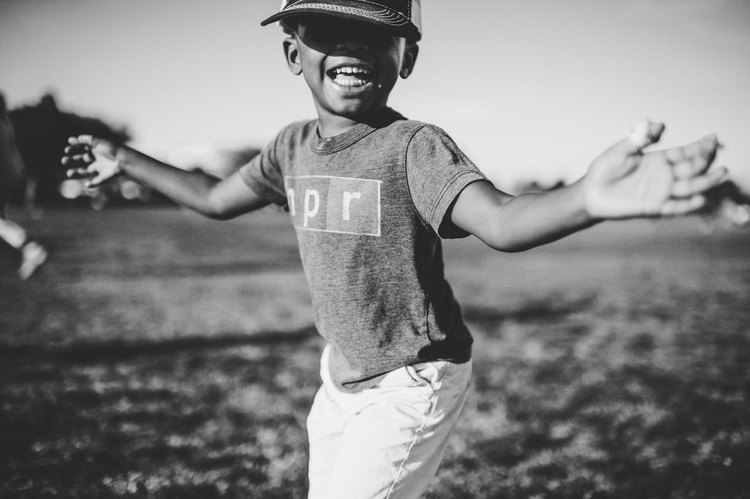 Photo by Frank Mckenna on Unsplash

Ethics should be taught and studied, but education alone can’t ensure ethical living. That’s because doing good and avoiding evil isn’t something that we learn by way of commandments and concepts, at least not primarily. Better to say that living ethically is written into our core as human beings. We possess a conscience, a God-given ability to discern good from evil.

Sister Jeanne, a character from Alice McDermott’s novel The Ninth Hour (2017) explained this in way that her parochial school students could understand.

“WHO’S THE DUMBEST BOY IN YOUR CLASS?” she once asked us….” And if the teacher’s dividing up sweets and gives him only one while everyone else gets two, what will he say? He’ll say it’s not fair, won’t he? If you call him out playing ball when everyone can see he’s safe by a mile, what will he say—dumb as he is in school? He’ll say, it’s not fair, see? And how does he know? Did he learn what’s fair from a book? Did he take a test? No, he did not.”

In our daily living, ethical concepts and commandments don’t much come to mind. We simply see someone in need and we respond. Or we don’t. Another example. We know what we’re about to say is something that we wouldn’t want said to us or about us, yet we say it all the same. This knowledge didn’t come from a textbook or a classroom.

It’s not that the Church’s teachings, civil laws and education don’t play a critical role in the formation of our consciences. They do. The point is that all mentally healthy humans have a conscience. Wherever life puts us, however poorly we’ve been raised, we know the difference between fair and unfair, between kind and unkind, between good and evil.

Soon to be canonized Saint John Henry Newman said the same in his peerless Victorian prose. The Church serves conscience by helping to form it, but conscience itself comes directly from God.

Conscience is a messenger from Him, who, both in nature and in grace, speaks to us behind a veil, and teaches and rules us by His representatives. Conscience is the aboriginal Vicar of Christ, a prophet in its informations, a monarch in its peremptoriness, a priest in its blessings and anathemas, and, even though the eternal priesthood throughout the Church could cease to be, in it the sacerdotal principle would remain and would have a sway.

Sadly, an obsessive concentration upon commandments and concepts leads too many of us to think of morality as a list of things we’ve done wrong or as actions we must not take. This is surely true, but the deeper truth, which the Church and her Gospel teach, is that living rightly is more about what we should do, what we fail to do, than what we must not do.

To preach Jesus is primarily to preach a path, a call to action, not ethical precepts. We can declare precepts to be fulfilled, but Christ is a path, leading us all the way home. This is why a truly good confession should contain more sins of omission than commission. The things we could have done and didn’t.

Once again, Sister Jeanne has a way of putting it:

Sister Jeanne believed that fairness demanded… chaos be righted. Fairness demanded that grief should find succor, that wounds should heal, insult and confusion find recompense and certainty, that every living person God had made should not, willy-nilly be forever unmade.

You know what’s fair and what isn’t, don’t you?” Sister Jeanne would ask the sick child, the grieving orphan, Sally herself when she was old enough to understand the question. And us.

It isn't just human beings - studies have shown that animals make moral judgements about right/wrong and fairness/unfairness. But even if humans do or don't have an awareness of what is fair, empathy is something that can be taught to kids.

I’m not sure that this article accurately addresses the human condition by forgetting or ignoring the fallen nature of man. Is it true that natural law is written on the heart of every man? Certainly. It is also true, however, that we are born with sin and are more inclined to ignore this law than to follow it. This dulls the conscience, and the once obvious distinction between right and wrong is no longer so clear.

Also missing from this article is any reference to St. Paul’s letter to the Romans which deals with this very issue. Paul says that the law is good for those who are wicked, which is in direct contradiction with the statement of the author that ethical living does not proceed primarily out of following rules. Once we repent and begin to follow the rules given to us by God can our hearts be truly formed and we can begin to live “in the spirit.”

Lastly, I think that it is significant that God Himself thought it necessary to give the children of Israel a list of ethical commandments, perhaps He was trying to remind us prideful people that we are not as morally upright as we think.

Fallen nature shows us our need for God as an example for us in seeking God in our misery and the need to use forgiveness to receive it.

This is beautiful, thank you. We are all given a conscience, and young children continue to show us this. When we speak of formation of conscience, I see it more as rebuilding of conscience, as it is life, and our experiences within it that chip away at our informed conscience rather than the other way around. What a three year old knows to be true, an adult has put conditions on to make an excuse for why we steer away from doing the right thing. We do it all the time. An informed conscience acknowledges our hardening heart and fights to get back to the day when we put no conditions on love and respect for all of humanity. A difficult and constant challenge.

My personal experience with this was when I was home teaching my 8 year old daughter Catholicism from the Faith Formation Book (our work schedules prevented her being taught in class at night). We were reading about priesthood and ordination.

For background, my daughter was just really beginning to understand the concept of God, her Heavenly Father, and the power of prayer. She was so excited about what she was learning that she brought in her child's book of saints to public school one day in her backpack and started reading it at recess. Some of her friends saw her reading it and she told them about her favorite saints (She really liked Lucy). Another day a friend at school had a cut and so Noelle said, you should pray and God will make it feel better. Her friend told her that she did not know how to pray so my daughter offered to teach her and they prayed together. Eventually, some teachers asked Noelle to be aware that some kids didn't come from Christian Families and that she should at least wait to always be asked rather than offer her beliefs on her faith during the school day. However, it deeply moved me how God had already touched Noelle so early in life and how she was a natural evangelist.

Then came the teaching on priestly ordination. The book said men may be called to priesthood and my daughter piped up "I want to be a priest too Mom when I grow up!" Having been called to priesthood myself when I was a teenager and knowing the continuous and deep pain that this kind of rejection can cause a person, it killed me inside to explain to my daughter that right now, the church will only ordain men to priesthood but women can be nuns. She immediately reacted by shouting "But that's not fair!"

So yes - we do innately know, in our hearts, when we are being unjust, even when we are taught what is wrong is right, we still know by conscience when we hurt others and that we should never do this.

Our church leaders and the laity that uphold sexism, in our church, need to know that this innate knowledge leaves them culpable in God's eyes for the misogyny they allow to remain in their hearts and which they utilize in their actions and inactions within our church.

I explained to my daughter that this rule did not make priesthood impossible but there are some things that women must still fight for and pray for to see justice. I told her unfortunately poor translations and a lack of scripture knowledge even upon church leader's parts, as well as sexism's evil hold on people, in the past, has led to erroneous ideas about what Jesus clearly taught, which was always to treat every person the same and to not judge anyone by gender or ethnicity or race. I explained to her she must also pray for change and I do this myself too. This comforted Noelle some but she has never shown the same enthusiasm for church since this point, and she prays but doesn't discuss prayer with others much now.

What we teach that is unfair and unChristian does real damage to real people, and real damage to our church and to it's cause of Christ in our world.

You are absolutely right, Nora. God bless you and your lovely daughter.

In recovery, we first confront character defects that make us miserable, then moral defects, the practicing love and tolerance as God lives everyone - all of which requires God. We cannot remove our shortcomings. Humility means that and accepting yourself as you are and are not. Next, grant others what God grants you and act accordingly. Realize dependence on God and others, not self. Note Ignatian connection.