The U.S. bishops will start 2019 with a spiritual retreat 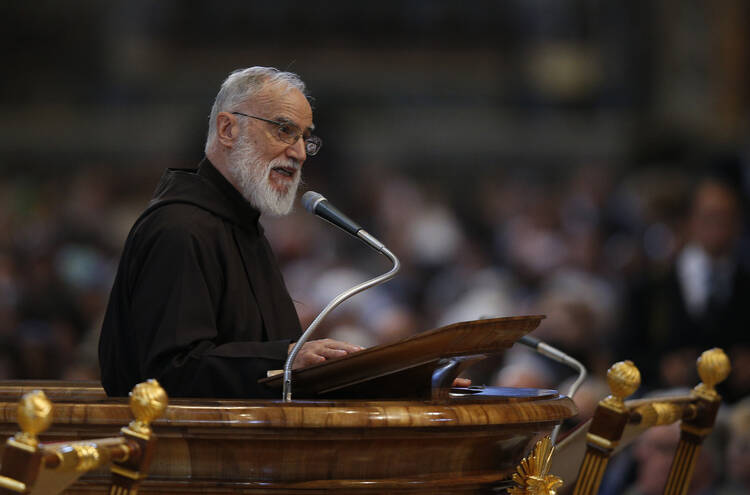 The U.S. bishops will start 2019 with a spiritual retreat to pray and reflect on the important matters facing the Catholic Church.

Set for Jan. 2-8 at Mundelein Seminary near Chicago, the retreat was planned in response to Pope Francis’ request to a delegation of U.S. Conference of Catholic Bishops leaders during a meeting at the Vatican Sept. 13.

The meeting with the pope focused on the U.S. bishops’ response to the widening clergy sex abuse crisis.

In September, the bishops’ Administrative Committee outlined actions to address the abuse crisis, including approving the establishment of a third-party confidential reporting system for claims of any abuse by bishops. They also initiated the process of developing a code of conduct for bishops and looking at policies addressing restrictions on bishops who were removed or resigned because of allegations of abuse of minors or adults.

The church’s response to the sexual abuse crisis also will top the agenda for the bishops’ fall general assembly in Baltimore Nov. 12-14.

The bishops face a busy January, with the annual March for Life in the nation's capital Jan. 18 and World Youth Day in Panama Jan. 22-27.

Nah he's just so full of hate that he couldn't stop himself lashing out in order to fulfill his own fucked up plan. He's blinded by his own rage. He was extremely committed to doing this http://bestblackfridaysales2018.com/, but he didn't have the clarity of mind to do everything in his power to make sure he could carry it out.

You know what would be better than a Spirtual Retreat for Attonement of Bishop and Clergy Abuse ? How about having those Bishops roll up their sleaves and go to the Caravan of Refugees and provide Humanitarian Services. Set an example to Catholics by doing actual charity work with Immigrants and Refugees instead of just talking about it.

I was actually thinking the same thing. Maybe even show with their croisers and miters and walk with these people to the border as well as bringing them food, water, etc. Of course, perhaps you and I chould do the same thing, without the croisers or miters.