Father James Martin: The right way to pray is whatever works best for you. 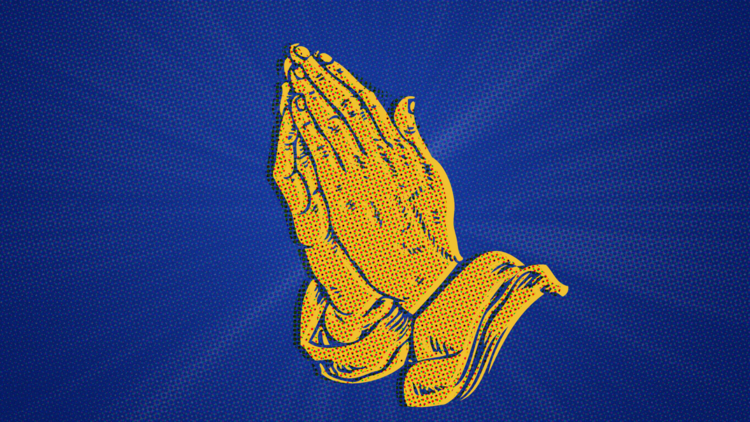 Chances are if you’re Catholic you’ve said it, or at least thought it: I am terrible at praying. I know I have (and am). You’ve tried the rosary. You’ve given the Examen a shot. You even dragged yourself to adoration. Why isn’t God answering?! Especially in this long slog between Pentecost and Advent, it’s easy to get discouraged.

Fear not, dear listener. This week, we bring back Father James Martin, who has written a new book on prayer, In All Seasons, For All Reasons: Praying Throughout the Year. We ask him: How to (pumpkin?) spice up your prayer life during plain ol’ Ordinary Time? What’s your favorite way to pray? And what’s the worst prayer advice you’ve ever heard?

(You can enter to win a free copy of Father Martin’s book if you leave us a review on iTunes, screenshot the review and then send it to jesuitical@americamedia.org!)

We also asked listeners what the first prayer they learned was and got a ton of responses. Check them out in this Twitter thread @jesuiticalshow:

Next in Signs of the Times, we discuss: Does Pope Francis’ change in the rules around Mass translation mean we can stop saying chalice? Will Mychal Judge, O.F.M., the first official victim of 9/11, also become the Catholic Church’s first openly gay saint? And, should a student be kicked out of his Catholic high school for having dreadlocks?

Also: An Indian priest who was kidnapped in Yemen gets to meet the pope; said pope gets a black eye and then throws a few punches of his own on Donald Trump’s DACA decision and climate change denial; and a chainsaw-wielding nun gets to work in the wake of Hurricane Irma.

Indian priest kidnapped in Yemen in 2016 has been freed

Could Father Mychal Judge Be the First Gay Saint?

The Father James Martini: A regular martini with a twist of discarded apple peel (it’s a long story…)

Appreciate this conversation especially the comments on prayer.

I agree with Father James Martin, a priest of God, totally committed to Divine whisperings, to always pray in a way that's best for you. St. Teresa of Avila also understood this, telling her nuns to sit when at prayer, not necessary to kneel, as one prays best when the body is comfortable.

I've also discovered that good prayer can happen in most unexpected ways, like noticing a crack in the sidewalk while walking resembling a Cross, which puts you in touch with Jesus in Passion, calling forth meditative thoughts of Adoration, Thanksgiving, Reparation and Petition to Jesus in His travail. A word of caution however as I have learned, one must be mindful not to bump into people, or some other object as the prayerful drift to God captures mind and heart! Come to think of it, Jesus did say, "Pray always and do not lose heart."