How did your faith change in college?

How did your faith change in college? 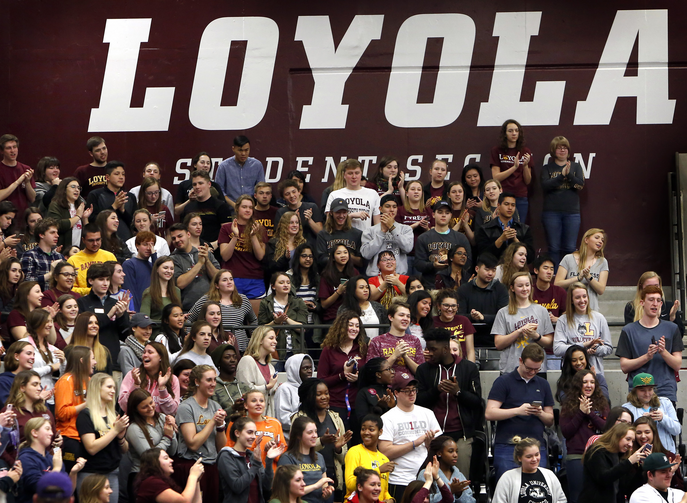 In response to our most popular reader poll to date, only 22 percent of readers told us that their faith was not strengthened in college. Eleven percent said their faith stayed the same, 8 percent said their faith was weakened in some way and 3 percent lost their faith completely at this time. James, of Illinois, described how his faith diminished due to isolation. “I had to reckon with being the only Catholic in my dorm in the midst of the aftermath of the sex abuse crisis…. I gave up for a while, but I thank God for my education from before.”

[I took] classes on my faith that challenged me, and persevered through difficult periods.

A striking majority of America readers (69 percent) told us that their faith was strengthened in college. This figure was even higher if readers attended a Catholic college (78 percent). Gregory Ned Blevins, of South Carolina, wrote: “I actually became Roman Catholic from a Pentecostal background, thanks to campus ministry, charismatic renewal, and friends at Marquette University, the school I attended.” Anthony Burke of New York also described his Catholic college setting as a crucial factor in the strengthening of his faith. “College was the first time I was on my own, away from my parents. I found myself at a point where I had to take personal responsibility for my faith life. Catholic University was the perfect place to do just that.”

At 62 percent, readers who attended secular colleges were less likely than others to report that their faith was strengthened in college. While Catholic university graduates often cited campus ministry as a reason for their stronger faith, secular college graduates relied more on independent efforts to deepen their faith life. From Massachusetts, Elizabeth Killorin explained: “[I took] classes on my faith that challenged me, and persevered through difficult periods…. After an initial crisis of faith, I found a new way of understanding and living in my faith that fit me.” 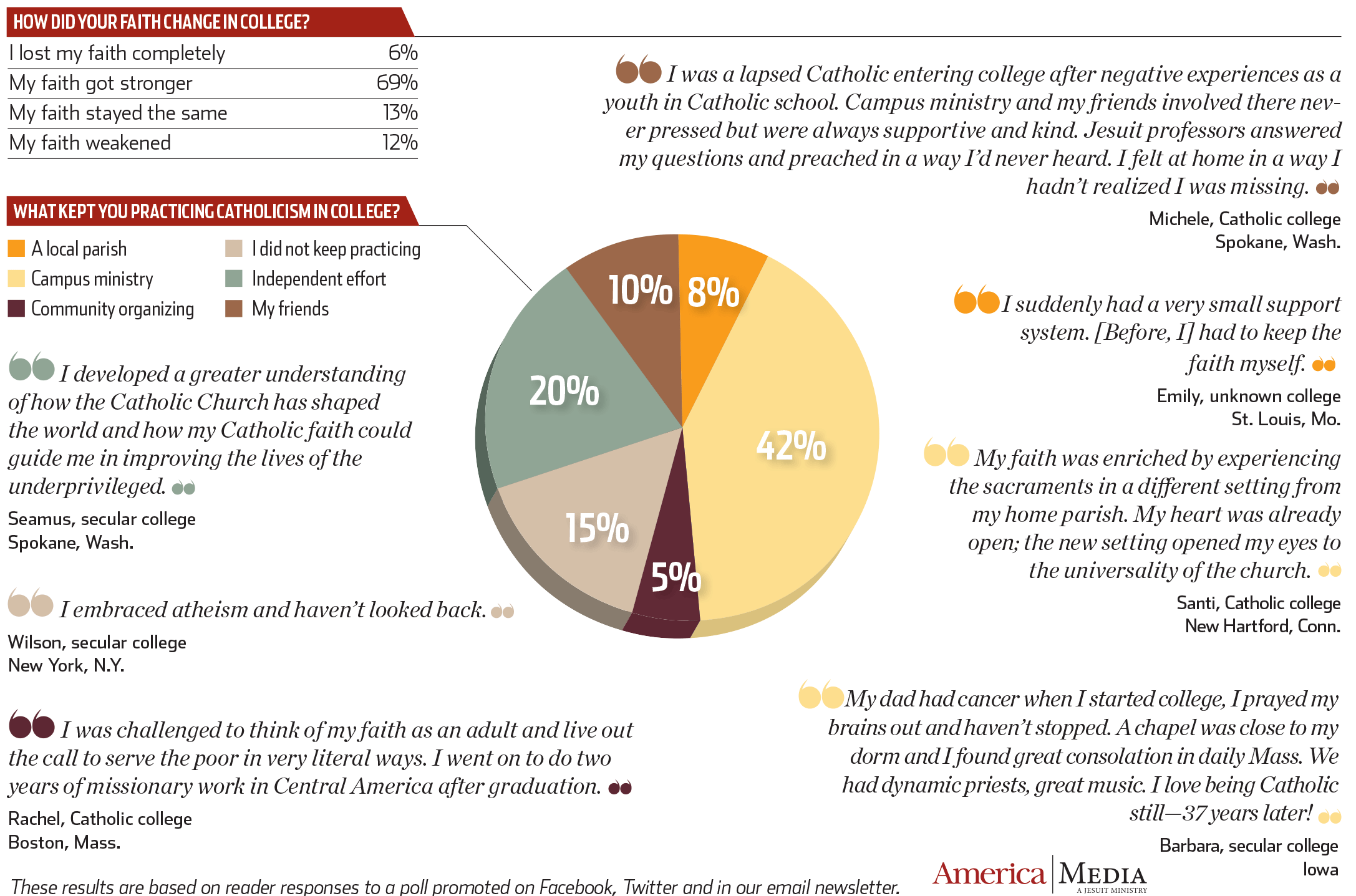 I was in parochial school from K through three part-time years at Jesuit John Carroll University. I transferred to Kent State University around age 21 and earned a BA and MA in Music Performance/Education. Transferring to a State University was the first time I left my All-Catholic enviroment and began associating with non-Catholics. My positive experience with people of all faiths, or no faith, dispelled warnings from clergy in grade school. At age 25, I married a Methodist women against the advice of my home parish pastor. We will celebrate 50 years together in a few weeks. I prefer to find the goodness in all people and don't regret my decision.

This article also appeared in print, under the headline “How did your faith change in college?,” in the August 21, 2017, issue.