The coming of the "Prince of Peace" reminds us to work for peace across the globe. 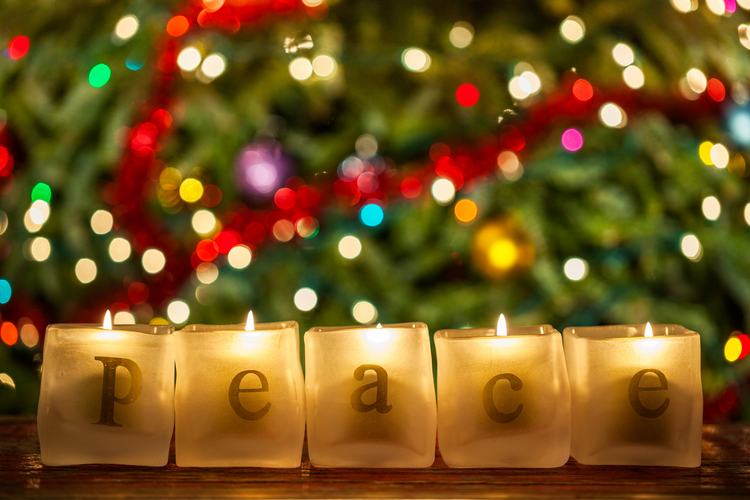 “Peace is the only true direction of human progress—and not the tensions caused by ambitious nationalisms, nor conquests by violence, nor repressions which serve as mainstay for a false civil order.” These words appear in this year’s papal message for the World Day of Peace, but they do not come from Pope Francis. They are the words of Pope Paul VI, written for the first World Day of Peace, observed on Jan. 1, 1968. Nearly 50 years later, as Francis points out in his own message, these words have “lost none of their significance or urgency.”

Even as we continue to strive for peace, the world often seems more chaotic than ever, filled with uncertainty, global tensions and wars, often trapping innocent people amid violence. In response, Francis urges peacebuilding and active nonviolence on both a personal and a political level, calling with equal urgency for both nuclear disarmament and an end to domestic violence. Although the prospect of peace, whether between nations or family members, may seem remote, we must never give up working toward it. Francis acknowledges these challenges, but also offers an invitation to use the Gospel message of the Beatitudes as our guide.

The beginning of a new year, right after celebrating the coming of the Prince of Peace, is a good time to recommit ourselves, our families and our church to building peace in this world, drawing strength from the one who promises us peace in the next.

The Editors
Show Comments (
1
)
Comments are automatically closed two weeks after an article's initial publication. See our comments policy for more.
Henry George
4 years 6 months ago
Having lived too long and having listened to far too many people assume that Progress is inherently good and must occur in the future, I have finally come to the conclusion that while there may be material progress there has been very, very little spiritual progress.