How to fulfill your Christmas duty 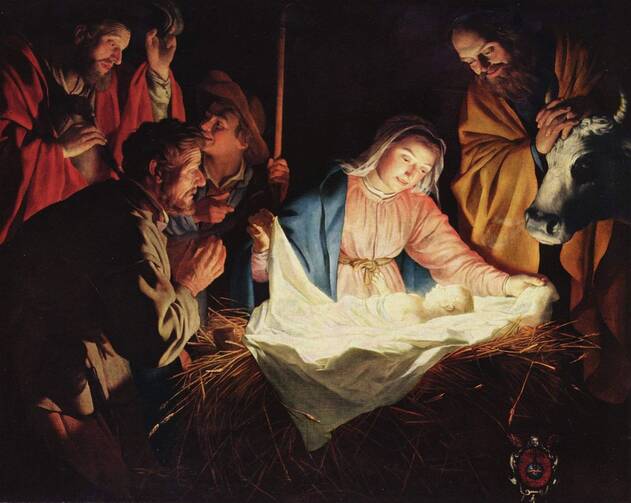 The right word at the right moment can transform a person, for good or for ill. Hollywood knows the dramatic value of these moments. In the movie “Jerry Maguire,” Dorothy sums up falling in love with “You had me at ‘hello.’” In “As Good as it Gets,”Melvin’s rambling apology for insulting Carol’s dress ends with the emphatic “You make me want to be a better man.” The words strike Carol like lightning, and her heart softens toward him. In “Good Will Hunting,” when Sean repeats “It’s not your fault,” his words give Will the freedom to let someone love him.

The angels’ song to the shepherds contains another example of transformative words: “Glory to God in the highest, and on earth peace to those on whom his favor rests.” By addressing this message to the shepherds, Luke gives readers a place to enter the story through identification with them. There are many examples of characters used this way throughout the Gospels. Jesus’ disciples, the crowds and individuals in search of healings or forgiveness are all subjects with whom the reader can identify. They draw us into the story and provide models for discipleship.

The shepherds play that role in Luke’s nativity story. Western literature (the book Heidi, for example) often portrays shepherds as gentle and simple folk. This was not the case in the ancient world. In Luke’s time, shepherds were dangerous outsiders who lived rough lives in the wilderness. They interacted uneasily with people in cities and towns. The closest modern analogue might be the popular depiction of bikers; they are not criminal, exactly, but they are aggressive and unpredictable, and are probably not the first people one might invite over to meet a newborn.

Like the rough heroes of early Israel, the shepherds are entirely God’s kind of people, and are the ones he invites first. Today we imagine the angels of that first Christmas singing to all of humanity, and indeed they were. The only ones who could hear it, however, were the shepherds, and their transformation is immediate and undeniable.

“On earth, peace to those on whom his favor rests.” Luke does not tell us why the shepherds needed to hear this word of peace, but no one can doubt its transforming effect. They go without hesitation to find the child, and joy overwhelms them when they do. Anyone who has had a similar experience knows how transformative words will long continue to ring in one’s ears. Luke says the shepherds repeated what they heard again and again to anyone who would listen. The angels’ message of peace turned intimidating, potentially dangerous strangers into Jesus’ first evangelists.

A close echo of the angels’ song appears near the end of Jesus’ life, when he enters Jerusalem. In Lk 19:38, Jesus’ disciples greet him with the cheer, “Blessed is the king who comes in the name of the Lord! Peace in heaven, and glory in the highest!” Although the crowd’s transformation was fleeting—a few days later they are howling for his crucifixion—the example of Christ’s disciples taking up the angelic hymn is a lesson for us. The unencumbered joy of the shepherds lies waiting to be unlocked in us and in every person alive. For far too many, no one ever comes with the right word to let it free. This is our Christmas duty. We fall in line along with the angels, the shepherds, and Christ’s disciples as bearers of Christ’s transformative word. The joy it brings is God’s Christmas gift to all humanity.