What the church should do about Putin and Duterte 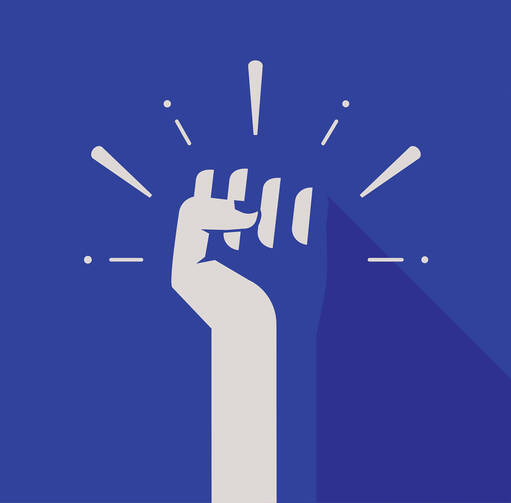 What can a nation or church do when its leaders mislead? Some political leaders take the “strong man” approach, using violence to win popular support and to distract from domestic problems. Can their strategy be morally justified if they bring about peace, or at least the semblance of peace? Not if they defy civil, international or the moral law. Not if they sacrifice innocent life.

President Vladimir Putin, to re-establish Russia as a global superpower and solidify his own presidency, annexed Crimea and infiltrated eastern Ukraine with disguised military units with the possible intent of annexing it as well. He has entered the Syrian civil war on behalf of President Bashar al-Assad in order to retain a murderous dictator in power and, above all, to acquire a seaport and military presence for Russia. Although he presented his role as assisting the United States in its battle against the Islamic State, his bombs have fallen on Mr. Assad’s opponents, on hospitals, on schools and on an international convoy bringing food and medicine to embattled civilians. As a result of its conduct in Syria, Russia recently lost its seat on the United Nation’s Human Rights Council.

An equally distressing example of “strong man” government is in the Philippines. Thousands of alleged drug dealers have been killed since Rodrigo Duterte was elected president in May. As mayor of Davao City, Mr. Duterte ordered the killings of not just criminals but of his political opponents, and on one occasion, according to a self-confessed assassin, “finished off” a suspect with a machine gun. More than 3,600 persons have been killed without due process since Mr. Duterte’s inauguration. Death squads strike quickly at night, dragging individuals from their homes, killing them and dumping the bodies with cardboard signs on or near them that say “Drug Lord.” On Oct. 28 a mayor who was publicly accused by Mr. Duterte of having links to the drug trade was killed by police.

Both strongmen—particularly Mr. Putin, who has neutralized the Russian media—have a grip on power so profound that they ward off any opposition. What can be done?

The United States and its allies cannot ignore this problem. Nor should they adopt a position of moral triumphalism, arguing that “the Cold War is over and we won.” That war ended because both sides saw the horror of nuclear warfare and Mikhail Gorbachev, in his call for dialogue and cooperation, had set the stage for democracy. But power corrupted and society crumbled as the Russian economy sank and profits from oil and gas evaporated. Meanwhile, money that should have gone to education, public health and infrastructure was spent on rebuilding armed forces and subsidizing the vodka industry. One of the tragic and underreported stories coming out of Russia is the ways in which the state has promoted excessive drinking to increase tax revenues and eliminate dissent by subduing its own populace. Meanwhile, Mr. Putin has polished his image as a world leader.

Possible responses to Mr. Putin include strengthening NATO’s European presence, increased economic sanctions and more creative diplomacy. Unfortunately the Russian Orthodox Church, under the leadership of Patriarch Kirill, enthusiastically supports Mr. Putin’s expansionism. Patriarch Kirill believes that church and state should work together since, with the fall of Communism, Russia has lacked “an ideological binding agent.” But by working with the state the church has sacrificed its prophetic voice.

In the Philippines, Mr. Duterte has insulted Pope Francis and ridiculed the Catholic Church for its stands on birth control and the death penalty, its reliance on ancient Scriptures and its “hypocrisy” on sexual abuse. Meanwhile the bishops’ conference has denounced vigilantism and the bounties paid to police who kill drug suspects. In a statement on Oct. 2 titled “Confused and Sad Yet Hopeful,” Archbishop Socrates Villegas, the president of the bishops' conference, lamented “the slow erosion of Filipino values” as the country and its new president carry out a violent war on drugs.

The United States and other nations and international bodies can deplore these developments from afar, but stronger interventions offer multiple hazards of their own. Ultimately, change must come from within and below. The regimes of leaders like Mr. Putin and Mr. Duterte offer the church, as well as every citizen, an opportunity to present themselves as the presence of Christ in today’s world, where the value at stake is that of human life.

When political leaders take or endanger lives to shore up their own positions, inflate their international standing or advance dubious social agendas, they need to be resisted. The church has an important role to play in that resistance, especially when other civic forces have failed. Religious leaders must work with each other and with other leaders in their societies to find the resolve and courage to speak out against strength built on immoral foundations.