My (accidental) year in Section 8 housing 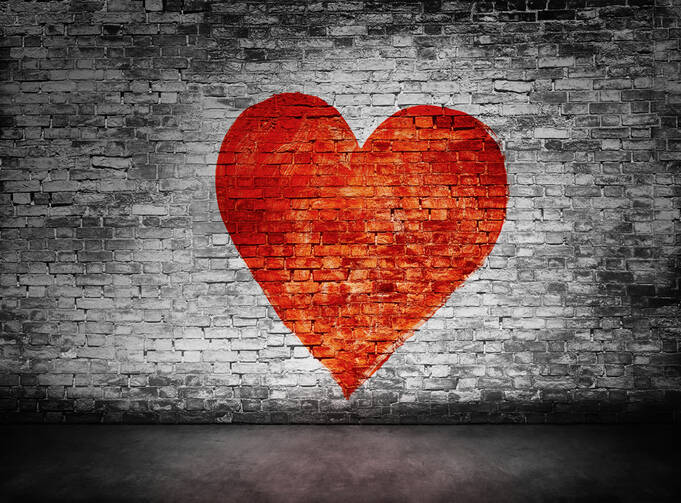 My living in Section 8 housing was an accident. Hired late in summer, I had hoped to be situated close to the school before I started teaching. Only two miles from school I found a complex of older brick apartment buildings set among trees and hills, in a mostly suburban area. While the place was not ideal, the rents ran below 30 percent of my income—affordable. I toured the model apartment with the agent but was unable to see inside the unit I would inhabit.

Two days before classes began, I moved in. The one-bedroom with den sat on the ground floor; its patio door was at the bottom of an embankment. The cement was covered with silt from recent rains. There was a mildew smell inside. Having covered the federal government’s response to flooding years back as a journalist, my radar went off: This place had been flooded and was never cleaned up properly.

I made my concern known to the management and a maintenance man arrived to “check for water leaks.” A leaking faucet in the bathroom was replaced and a dehumidifier brought in. This was the beginning of a series of surprises, complaints and pseudo-remedies. Allergic to mold, I began to peruse other apartments, planning an escape. That’s when I found the reviews.

Online comments informed me that my apartment complex “used to be nice, but since it went Section 8, it’s a hole.” (The reference was to Section 8 of the Housing Act of 1937, a housing assistance program that subsidizes the rent of low-income households.) Another reviewer, trying to be helpful, advised: “There was a fatal shooting there last year. Get out.”

Internet searches about the area turned up details about recent shootings. One was a triple shooting, a man breaking into an apartment, shooting a woman and her 19-year-old son, then killing himself after a hostage situation. The young man had jumped in the line of fire to protect his mom. Both have recovered. The building where it happened is behind mine, just across a parking lot. A month later, a woman ran from another of the 30 buildings, just as a delivery man approached, and she screamed for him to call 911 because someone had been shot. That someone died. There was little follow-up to these stories. I had no idea about such incidents the day I visited the model apartment. Fatal shootings are not legally required disclosures; they are like lead paint that has already been removed.

I looked into what it would take to break my lease and found that no matter how I sliced it, I would be out about $1,500. I sent a legalese-laden letter to the management stating I was going to buy a mold test, because I suspected I was living in post-flood conditions. The manager argued that she didn’t smell anything, and that a mold test kit would “of course” show high results because of the “area we live in.” She agreed to let me move into an apartment on the third floor of my building.

On the way into the leasing office to collect the new keys, I encountered the only neighbor I knew by name coming my way on the sidewalk. We almost passed each other, but I remembered she lived upstairs and I wanted to know if she would be my neighbor. I called out, “Ruth!” She turned around and said, “Marlene; I remember, because I have a sister Marlene.”

Ruth is an older, African-American woman with pretty gray hair, kind eyes and a stately way about her. I told her I was moving upstairs to Unit 11 and asked which apartment she was in. “I’m in 9!” she said.

I explained that the mildew had driven me out, and she said, “I wanted to say something the day we met, but I wasn’t sure what to say. The guy that was in there before you moved out because of it. When we got all that rain, it got in. I couldn’t believe they rented it out! But you didn’t hear this from me,” she said.

I said, “Well, then we’re both on the third floor now. We’ll be next-door neighbors.”

That manager had lied to my face. She was going to let me live in that mold and get sick and take my money for it. This is the face of evil, I thought. And she’s just the site manager. Who owns this place?

A few things quickly became evident. Tenants living in subsidized apartments have little buying power, which means things do not work exactly right. The faucets function, technically, but you move the handle all around just to find the place where it will be warmer or where it will turn off. It is never the same spot. The toilet is leaking and maintenance had to order a new tank, but it’s Labor Day weekend, so it won’t be fixed until Tuesday. The lock doesn’t turn smoothly; it fights you. You have to pull the door toward you to get it to catch, like a Zen lockmaster. I have to save complaints for the big stuff, like the garbage disposal that sounds like a bunch of loose bolts grinding around.

For a week I asked myself why I didn’t just break the lease. Why not flee? I realized that although I had moved to the building by mistake, my decision to stay was part of a more deliberate way of thinking. My reasons involved St. Francis of Assisi and choosing poverty and Óscar Romero and Mother Teresa, who talk about being with the poor and living in solidarity.

My quiet time in the mildew downstairs yielded this thought: It was simply time for me to live with the poor—not in some pretentiously expensive, cheaply built community called “The Reserve at [insert an exclusive sounding word here]” for half my monthly income. It was time to live here in this building with the spotted carpets in the hallways overlooking the bus stop, where that handful of moms and little kids gather at 3:45 to wait at the end of the parking lot for the older siblings’ drop-off. Sometimes they sit on the concrete car stops. Why can’t they put a bench there?

Were I to break this lease, get a lawyer, seek more comfortable accommodations, I suspected I would not necessarily be better off. I knew this. Sitting on my concrete patio—I had no outdoor furniture yet—I thought about that cryptic Gospel passage where two disciples ask Jesus where he lives, and he says, “Come and see.” I had always wondered where he took them. John’s Gospel doesn’t say. But it is safe to guess it was among the poor and powerless. At the start, I thought living in Section 8 housing was an accident, but each day it looks more and more like an invitation. 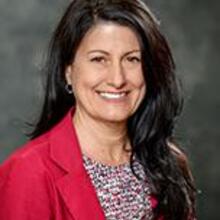 Marlene Lang, Ph.D., is  an assistant professor of religious and pastoral studies at Mount St. Joseph University in Cincinnati.

Show Comments (
1
)
Comments are automatically closed two weeks after an article's initial publication. See our comments policy for more.
Joseph J Dunn
5 years 9 months ago
So, the ground floor apartment will be leased to another unsuspecting tenant. Solidarity is a great thing, but there may be more that one can share, beyond empathy and conversation. When management's response to Ms. Lang's first letter failed to correct the clearly stated problem, a second letter (to the landlord's main business address or corporate office) might have brought a more productive response. What about contacting the local health department, which in many jurisdictions has power to issue, or revoke, licenses or occupancy certificates for housing units (and thereby power to force correction of unsafe conditions). Consumer-protection reporters at local tv or newspapers might also help. Finally, HUD does maintain a complaint process: http://portal.hud.gov/hudportal/HUD?src=/complaints_home. A few small victories like getting the locks fixed or the toilet replaced might help less-educated neighbors understand the government and corporate processes they encounter, boost their literacy skills, and replace a sense of helplessness with a sense of empowerment. And that might get the ground-floor apartment properly fixed. P.S.: The Congressperson in your district is up for re-election this November! Let him/her know that assistance in this Section 8 complaint is important to your voting decision.