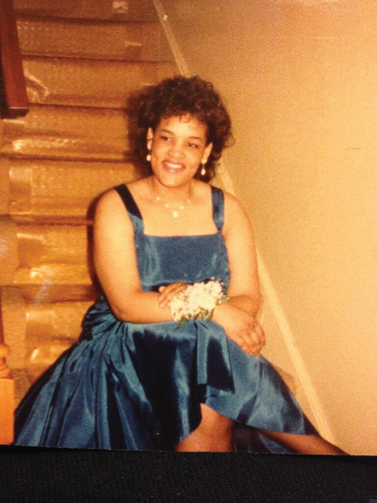 When my little girl became a teenager, I didn’t flinch. Raising a daughter who is so solidly grounded in her faith has made this journey (so far) a less stressful experience than those I’ve heard described by other parents. A very modest young lady, my daughter Vanessa and I don’t argue about short skirts and makeup, parties or boys. Our conversations seem more focused on her grades, goals, golf and God, and for that I am grateful.

Vanessa certainly is more confident and comfortable in her faith than I was at her age. Yet there are unmistakable similarities between her childhood and mine. Just as my daughter and son are doing now, I grew up in a predominantly white community, attending a school with a similar demographic. I only knew of one other black Catholic family.

Of mixed heritage with light skin and long hair, my lineage always seemed in question during my youth. I learned quickly that it was easier to just avoid the more uncomfortable questions—“You’re Catholic? But, you’re black!”—if I just skipped mentioning the fact that I was Catholic. I certainly was not ashamed, but learning to navigate life as a young girl of color in the 1970s seemed struggle enough. As a result of keeping this part of my identity concealed, I eventually attended Mass with less and less frequency. By the time I had begun my own family, attending church had become an occasional event: Easter, Christmas, Mother’s Day, weddings and funerals.

This routine for us, however, would change with a knock at the door in 2006. Vanessa was only 6 years old. A local youth group was visiting door-to-door to invite neighbors to visit their church. Their excitement intrigued Vanessa. In the days that followed she asked more about God and church and said, simply, “Why don’t we go more often?” And so it began from “the mouths of babes” (Ps 8:2).

Vanessa helped our family realign our relationship with God and recognize the importance of reinforcing that relationship through regular Mass attendance. We have become quite involved members, teaching at the children’s liturgy, serving as eucharistic ministers, participating in the choir and vacation Bible school. Additionally, both Vanessa and her brother Joseph attended the Aquinas Institute of Rochester, as we have always believed in the importance of a faith-based education.

My daughter and I are similar in many ways—from our appearance to the communities and schools in which we grew up. Yet unlike my teenage self, Vanessa does not feel that concealing her faith will make her life easier. In fact, it is quite the contrary. The progress in our nation since I was her age allows Vanessa to be outwardly proud of who she is: a woman, black and Catholic. She is aware that these are her greatest attributes and lets the glowing light of each shine for the benefit of others in all she does every day.

Although we have made much progress, our country still has far to go. Vanessa has been subject to unwelcoming stares and glares at more than one of the more elite courses where she has golfed. For now this is noticed only by the wide eye of a watchful parent. Vanessa, on the other hand, has not yet noticed these exchanges. Perhaps her youth limits her scope, or perhaps it’s just that she tends to see all of life through a lens of goodness. Maybe there is a lesson in that for all of us.

It should always be the goal of our world that growth and progress accompany each generation. Vanessa not only achieved that goal for herself, but she has successfully reached back to my generation and helped me to be a better Christian as well—a Catholic Christian. I am most proud to be her mother.

Lynn Fulmore, owner and chief operating officer of EPIC Trainings, a health, safety and wellness training company, is the mother of Vanessa Fulmore.