Father James Martin: What the washing of the feet teaches us about Jesus 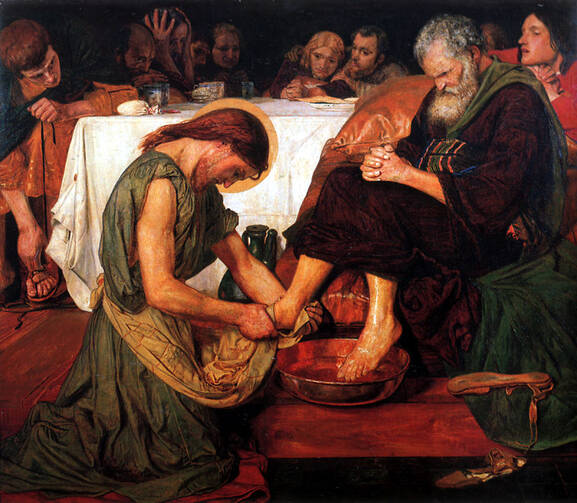 Jesus' washing of the feet of the apostles at the Last Supper in John's gospel is the most powerful and emblematic action and symbol of Jesus entire earthly ministry. To follow Jesus means to be a servant to others.
Matthew chapter 25 lists the most common ways of offering service i.e. feeding the hungry, clothing the naked, giving drink to the thirsty etc.
No one who claims to be a follower of Christ can exempt himself/herself from performing these activities in person or via second parties such as charitable organizations. In addition, assuming the humble attitude of Jesus in carrying out such actions is equally necessary to be a true follower.
"Come follow me" says Jesus and learn how to pour yourself out in service to others, never giving any thought of getting anything in return.
In loving one another in this way, we will show others that we are truly His disciples.

I recall what a fuss Pope Francis caused when he washed the feet of women. I greatly appreciated his gesture. I would like to see him allow a re-enactment of the scene of a woman anointing Jesus with perfume and washing his feet and drying them with her hair - especially if Pope Francis took the part of Jesus. It would be an excellent way to start a dialogue about the role of women in the Church. I suspect there would be many women willing to wash Pope Francis' feet - other popes, maybe not so much.