The 'Nones' Are Alright: What we can learn from a generation of seekers 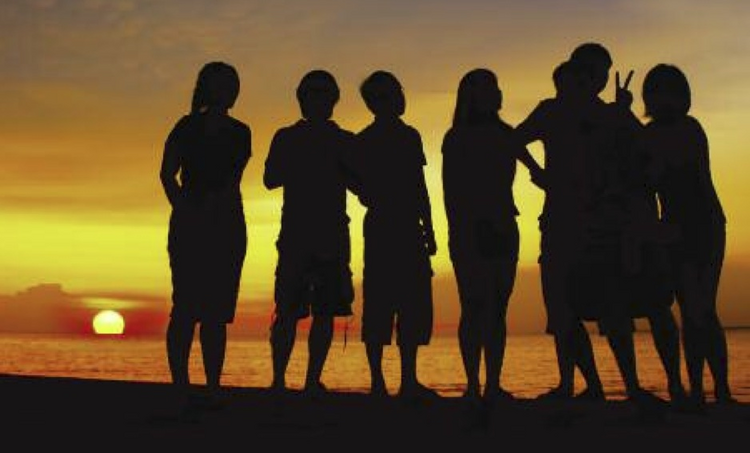 My oldest friend, a man I have known for nearly 30 years, is sitting across the table from me in a cramped Korean restaurant in Berkeley, Calif. We are both writers who come to the topic of faith from vastly different experiences. I am a returned Catholic. Raised in the religion and the product of Catholic schools, I left the church with a lot of bitterness and resentment only to return in my 30s. It has been a rocky but life-altering transition. He is a lifelong atheist. Raised by parents who eschewed organized religion, he identifies with his Jewish roots but does not believe in God. Tonight we’re talking about children. He and his wife are beginning that conversation, and he wonders how religion will factor in.

“You know,” my friend says. “I want to bring my kids up understanding there’s no such thing as God.”

Picking at the rice in my bibimbap, I nod. I love this guy like a brother, and I try to listen with compassion. But a nagging question bubbles up and spills out.

“If you bring up your kids with no God, what are you going to tell them to have faith in?”

My friend has great depth of feeling. He is one of the few men I can safely describe as a hardcore feminist. He’s a listener. He respects what people have to say about religion, even if religion is not for him. So he listens to my question, the tinkling Korean pop music flooding the restaurant, and gives me the best answer he can.

“Well, I’m going to tell them that since there’s no God, you have to have faith in other people.”

Although I agree with the latter half of my friend’s answer, it’s not new to me: I have been having conversations like this with nonbelievers for most of my life.

When the Pew Forum released the results of its multi-year study of religious affiliation in 2012, the news that up to one third of people in their 20s, 30s and 40s describe themselves as having “no religion” was about as shocking to me as discovering that we really like iPhones and “The Wire.” One would only have to visit my parish to discover that this is particularly true in Catholicism because the number of parishioners in their 30s and 40s at a Mass with 300 odd people in attendance regularly hovers around a half dozen at most.

And it is not just Generation X and millennial Catholics who are turning away from organized religion. In my social circle, you can find lapsed Jews, lapsed mainline Protestants, former Evangelicals, ex-Muslims, children raised Quaker and even a former Buddhist monk. As a Bay Area native, I may perhaps be running in a group of creative types who are more likely to eschew anything smacking of institutionalized thinking, but even my students at the University of California, Berkeley—many of whom come from more conservative pockets of the state, the country or deeply religious foreign countries—also reflect the Pew statistics. Often called “nones,” they are overwhelmingly disinterested in traditional notions of what it means to have faith. Instead of cleaving to one particular way of believing, many younger people engage in a kind of spiritual mix and match, blending many traditions and adhering strictly to none.

The reaction to the rise of the nones in the media has been a fairly predictable mix of “kids these days” and “their loss.” In her new book, When Spiritual But Not Religious Is Not Enough, Lillian Daniel, a United Church of Christ minister, uses barbed humor to try to convince nones that they just don’t know what they’re missing. In an interview with PBS, she says, “These people are always informing you that they find God in the sunsets.” Adding another layer of irony to the icing on that cake, she goes on to say, “My take is that any idiot can find God in the sunset.” Ouch.

I left my copy of Daniel’s book on the table after skimming through it, and my agnostic husband picked it up and read bits and pieces. When I asked him what he thought of her approach, he replied that being mocked was not a particularly helpful way for a nonbeliever to find religion. If anything, Daniel’s was the kind of approach guaranteed to keep my husband away from any church for good. “It’d be nice if someone treated nonbelief with, you know, compassion,” he said.

When I try to explain to older Catholic friends whose children have left the faith that this generational shift toward a kind of polyglot religion is not a reason for panic, my husband is one of the examples I hold up of why the nones are really all right. Raised by parents who themselves had grown up with very little religion, my husband has nonetheless maintained a lifelong curiosity about faith that has never grown into anything more than that. When we met 16 years ago, I was firmly lapsed as a Catholic, and my stories of Catholic grammar school, replete with quirky nuns and salt-of-the-earth priests, were mostly humorous to him.

When I took an unexpected turn back into practicing Catholicism, his curiosity sometimes turned into suspicion that I might become right-wing politically, since the public face of the church in the United States tends to look that way to an outsider. But I have held on to my left-of-the-left politics, and we have settled into a mutual respect for our differences. He’s a working musician, and when we find that rare beast, a Catholic church with good music, he is happy to go, even if the experience includes taking a face full of holy water sprinkled by the priest, as it recently did on Palm Sunday at the Church of St. Francis Xavier in New York. He is not a fan of the free-market philosophy popular in some parts of the Catholic Church; neither am I. He admires the Nuns on the Bus; so do I. He finds the closest thing he can call God in music; so did Bach. So, for a time, did Bob Dylan.

On my book tour last summer, audience members who had read about my husband would ask if he was there and pepper him with questions. Many of them, as it turned out, were also married to nonbelievers or were parents to nonbelievers or had nonbelievers as friends. And they wanted to understand his experience.

Do I sometimes wish he would wake up one day wanting to be Catholic? Sure. It can be lonely trekking to Mass week after week without him, or without the company of one of my nonreligious friends, but I have forged my own community within Catholicism, admittedly one that can veer toward a kind of agnosticism. As Catholics who sometimes feel left on the margins of faith, we talk a lot about why we stick with the church, for all its obvious problems. And though I may be a believer, in many ways I am still figuring out what I believe and why I believe it. That shrugging confusion, and a willingness to admit to it, makes faith less smug and more relatable to those on the outside.

In finding a way to be compassionate toward nonbelievers, it helps that many of my nonbelieving friends are not simply spending their Sunday mornings paging through The New York Times and lingering over brunch, but are actively engaged in community service and social justice issues. An atheist friend works in affordable housing issues in the African-American community. Another atheist friend writes about feminist issues, particularly focusing on empowering young girls. The lapsed Catholic son of a friend travels to India to volunteer in medical clinics. A former evangelical I know works to bring attention to mental health issues in the gay and lesbian community. Atheist and agnostic students of mine have served in the Peace Corps, started food co-ops in inner-city food deserts, volunteered with literacy organizations, taught inmates to read at San Quentin and tirelessly worked to correct the notion that millennials are interested only in cellphones. No, most of them do not belong to an organized religion. But many are more compassionate, welcoming and devoted to those on the margins of society than quite a few Catholics I know.

Lost in the hand-wringing coverage over the rise of nonbelievers are stories like these. And also lost are the stories of
their own moments of doubt, confusion, fear and even transcendence. National Public Radio’s recent series, “Losing Our Religion,” allowed young nonbelievers to speak for themselves, and while some stories they told of their loss of faith sometimes reflected a sense of sorrow, for many others, leaving one faith tradition behind to explore others or to explore living without faith, led them to an amazing discovery.

Outside of religious traditions that had told them they were sinful, told them they were damned, told them they just were not worthy of individual attention or time, they found freedom. They discovered their authentic selves. Some spoke of returning to faith in the future. Others had checked out for good. But each of them was mature, self-aware, intelligent and well informed. To leave religion was not a spontaneous decision. It was the product of discernment, thought and, yes, even of prayer. Catholics—and believers from any faith who scorn and judge those who depart from faith to examine their conscience about not just what they believe, but why they believe it—might do well to actually listen to what these young people have to say.

Thankfully, not every one of my fellow Catholics has thrown up his or her hands over the rise of the nonbelievers. At his first press conference, Pope Francis did

something that shocked many: He gave a silent blessing over the non-Catholics and nonbelievers in the press corps, telling them, “I respect the conscience of each one of you.” Instead of haranguing and guilt-tripping nonbelievers about the loss of their immortal souls, we might perhaps take a tip from the new pope. What if we treated them with compassion and respect? What if we took the time to actually sit down with them, look them in the eye and listen? Perhaps we would find that in their provoking us to examine our own faith, these nonbelievers are actually among our soul’s best companions.

Kaya Oakes is the author of Radical Reinvention: An Unlikely Return to the Catholic Church (Counterpoint). She teaches writing at the University of California, Berkeley.