The ADA is a success, but no longer a popular model for lawmaking 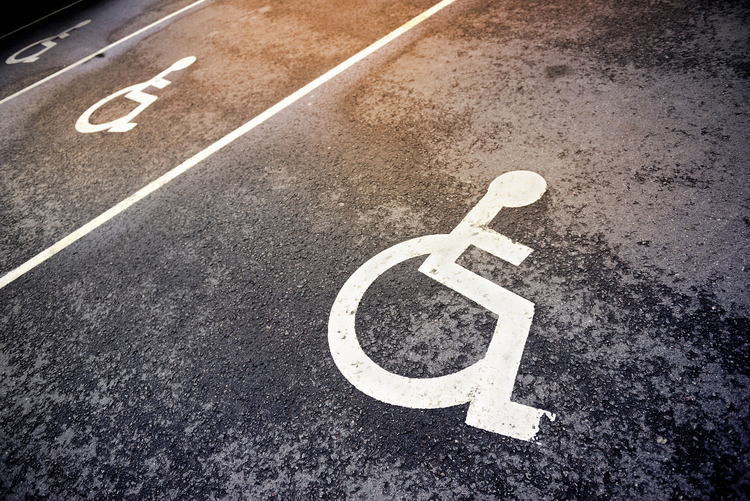 The website Curbed marks the 25th anniversary of the Americans with Disabilities Act with a history of its passage and a consideration of its effects on how we build things (“The ADA at 25: How One Law Helped Usher in An Age of Accessible Design”).

“The ADA has created a new way of thinking, a much more convenient, egalitarian approach,” says one advocate for the disabled, referring to a trend away from steep staircases and toward more inviting entrances to public buildings. “It’s no longer like the days of imperial Rome and England, with the elite of society standing up on the second floor, watching the peons go by below.” Has the ADA succeeded where the Brutalist school of architecture failed?

The ADA is a rare example of a federal law that has changed the lives of every American but has generated little backlash. There are still some unenlightened attitudes about the disabled, but we seem less inclined to throw away people because of misperceptions about what they can and cannot do. Now we appreciate the absurdity of the Mad Men episode in which an amputated foot means the end of an advertising executive’s career. (He may be a “great account man” and a “prodigy,” but no one in 1963 can imagine making use of his talent. “The man is missing a foot. How’s he going to work? He can’t walk.”)

In his Curbed article, Patrick Sisson writes the ADA replaced state and local building codes that had resulted in different levels of accessibility from town to town. Legal protections for the disabled were like a “piece of Swiss cheese,” says Patricia Wright, who helped to organize a protest march by disabled activists up the 82 stone steps of the U.S. Capitol in 1990, before the law’s passage.

“You needed to be able to travel freely from D.C. to Oregon to Michigan to Texas,” says Wright, “and find accessible bathrooms and places to work. Until you had that fluidity, you weren’t free in this country.”

In 1990, the passage of the ADA was a bipartisan effort, with the bill ultimately passing the Senate by a vote of 91-6 before it was signed into law by a Republican president, George H.W. Bush. Was it the last great victory against Swiss cheese government?

Today, the rules for voting in national and local elections are, well, all over the map. Registration deadlines, the kinds of identification you need to present at the polls, whether you can vote by mail and whether you can vote at all if you’ve ever been convicted of a crime… every state has a different set of requirements. And while polling sites must be ADA-compliant, there is no national standard on the number of voters served by a polling place (which means some voters must stand in line for several hours) or how far voters must travel to cast a ballot. But there’s no realistic chance of a federal law standardizing access to the voting booth; the ability to tweak the rules so as to make voting easier or more difficult is a cherished prerogative of local government.

There are other “Swiss cheese” aspects of American law, including anti-discrimination protection for gays and lesbians (same-sex marriage is now legal everywhere, but laws concerning housing and employment vary from state to state) and licensing requirements for all kinds of occupations that vary from state to state (which the Goldwater Institute calls “impediments to low-income entrepreneurship”). But the dissolution of a national consensus on education policy—see the backlash to “Common Core” benchmarks—is not an encouraging sign to anyone who seeks a bipartisan effort to standardize the law in any of these policy areas. The ADA has modernized building design, but it has not proven to be a model for 21st-century legislating.

Robert David Sullivan
RobertDSullivan
Show Comments (
2
)
Comments are automatically closed two weeks after an article's initial publication. See our comments policy for more.
KEVIN HURLEY
5 years 10 months ago
I am a 30-year severely disabled guy. (hit-by-car) I am very grateful for Teddy Kennedy and the passage of the ADA. There are a plethora of citizens who need provisions to participate in public life and the ADA provides many of the provisions. But, of course, this awesome law is abused. And that is very sad. The provisions the ADA makes for the disabled are abused by unconscionable citizens. That's the ONLY negative thing about the ADA. Its misuse. Its exploitation. Good day.
Tom Fields
5 years 9 months ago
ADA was well-intentioned but---like all give-aways it has problems----costly accomodations----needed or not; misuse---like allowing abusive teachers to claim alchoholism as a "disability".