What Would Jesus Do?

What Would Jesus Do?

In these last two weeks of Lent, the readings draw our eyes to the crucified one, with a focus on what God has done for us. The promise of the new covenant embodies the aging Jeremiah’s spiritual testament to an exiled people: that even though they have sinned in the past, "I will be their God, and they shall be my people." It will be written on the hearts of the people, and their acceptance will not be taught but will arise from their deep experience of forgiveness, "for I will forgive their evil doing and remember their sin no more." Though the term "new covenant" appears only here in the Old Testament, at the Last Supper Jesus will describe his self-offering as a new covenant (Lk. 22:20; 1 Cor. 11:25).

Today’s Gospel concludes John’s presentation of the public ministry of Jesus and provides the bridge to the story of his final days. The Greeks who would like "to see" Jesus underscore the universal dimension of the lifting up and glorification of the Son of Man, when "I will draw everyone to myself." Having witnessed both the sadness of death and God’s triumph over it (described in the preceding story of Lazarus) and having reached the hour of his imminent death, Jesus now speaks of the paradox of life through death. As the springtime festival of Passover nears, Jesus points to the mystery of the grain of wheat, which after seeming to lie dead in the soil now springs up throughout the land to sustain life. This dying and rising provides a paradigm for discipleship. Whoever loves his life will lose it, and whoever hates it will gain eternal life. These words seem jarring to an age aware of the dangers of self-loathing and lack of self-esteem. "Loving life" in John does not refer to the proper sense of dignity and joy that one should have as a graced person; it means a preference for "the world" and human glory that can blind a person to God’s love. Hatred of one’s life means rejection of the claims of the "world" and willingness to serve and follow Jesus. This becomes explicit in the next saying, "whoever serves me, must follow me."

This cost of losing one’s life touches Jesus himself as he speaks, in the Synoptic Gospels’ accounts of the events in Gethsemane, from the depths of his troubled soul, "Father, save me from this hour," while accepting that it was for the glory of his Father that he has come to the hour of his passion. As at his baptism in Mark, the barrier between heaven and earth is bridged, and a heavenly voice accepts Jesus’ offering, which Jesus then says was "for your sake," since by his death the power of evil will be broken.

The reading from the Letter to the Hebrews plays a similar symphony about the Passion in a different key. It speaks of Jesus "in the days of his flesh," a biblical expression for the sphere of weakness and suffering to which Christ was subject, as he prayed to the one who could save him from death. This does not mean avoiding physical death but rescue from the power and realm of death. In Hebrews Jesus is a compassionate high priest, who shares flesh and blood with God’s sons and daughters, and who was himself tested through what he suffered so he could help others equally tested (2:14-16). Today’s reading says that Jesus "learned obedience" from what he suffered. Biblical obedience is not primarily following the will of another, but a "deep listening"in the case of Jesus, not only to his Father, but, as the compassionate one, to the sufferings of his brothers and sisters. His life and suffering were a school of deep listening and compassion. This is the Jesus whose loving service and enduring presence we celebrate over the next two weeks.

The readings lead us into the deepest mysteries of Christian faith: the allure of "the world," the inevitability of death and suffering, even the call to embrace it, along with the ringing paradox that loss of human life is the gain of eternal life; that we have a compassionate high priest, whose soul was also troubled as he faced the abyss of death, but whose death was an enduring covenant of forgiveness inscribed with the promise that "where I am, there also will my servant be."

This article also appeared in print, under the headline “What Would Jesus Do?,” in the April 1, 2000, issue. 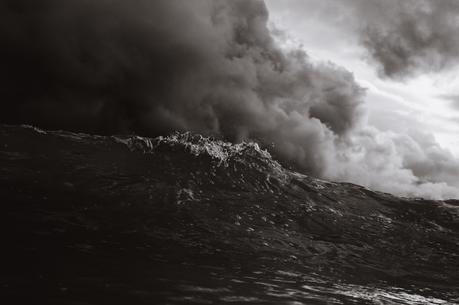 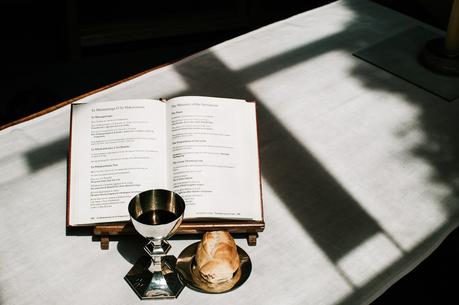