When should the college application process begin? 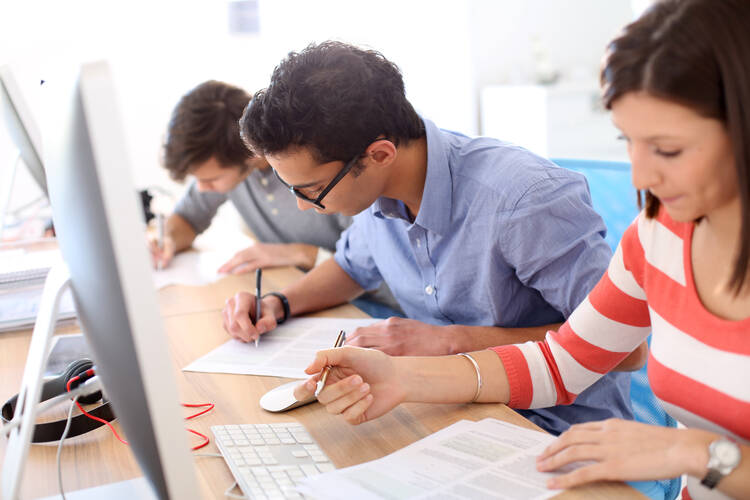 The New York Times reports on a new initiative to reconfigure the process of college admissions—and the resistance this move is receiving from counselors at Jesuit schools.

The article notes: "The Coalition for Access, Affordability and Success, a new organization led by admissions deans at top campuses, has announced an ambitious goal: to make applications more reflective and in tune with how students organize and express themselves." The process will invite students to start preparing for college even earlier than they usually do:

The coalition wants students as young as ninth grade to engage with its college planner. They will be able to upload videos, photos and written work to a portfolio, called a virtual college locker. Selected items from the portfolio could be added — in some cases years later — to a college application. They can also invite counselors, parents and even admissions officers to view the portfolio and advise on it. (Yes, it works on your phone.)

And some criticism has gone to the very heart of the program: that drawing 14-year-olds into admissions tasks will make a stressful process more so. In an Oct. 13 letter to the coalition, 100 counselors from Jesuit high schools, many serving low-income and first-generation students, objected to pushing first-year students to think about college. They should be acclimating to high school, they wrote, and learning for learning’s sake.

“We believe ninth grade is a time for students to reflect and become their academic selves,” said Katy Murphy, director of College Counseling at Bellarmine College Preparatory in San Jose, Calif., and a past president of the Jesuit High School College Counselors Association.

See here for the rest of the article and here for the letter from the Jesuit High School College Counselors Association.