What Will Become of Football? 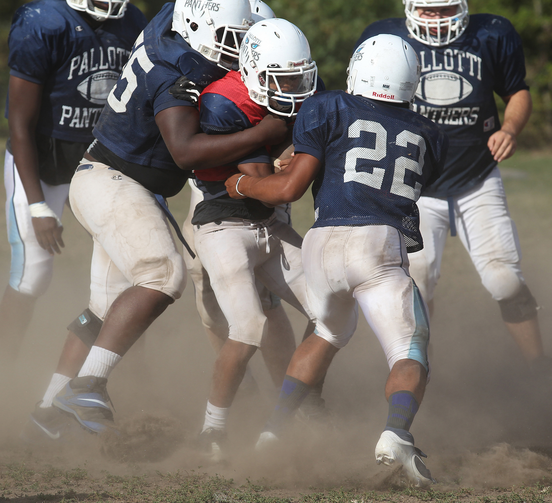 Over at The Jesuit Post, Chris Schroeder, S.J., writes about the dangers of football, mainly the alarming consequences of concussions and other head and brain trauma:

Given the information we are learning about brain injuries and football, I'm often wondering what high school sports will be like in twenty years. Will we see parents fleeing the game, preventing their sons from playing? If you're a parent who permits his son to play the sport now, how do you weigh the risks against the rewards? What's the argument for and against?

Putting aside the other major injuries to which a person is susceptible in football (fractures, ligament tears, paralysis), how do you sift through the worries about major brain injury or the long-term impact of concussions?

On a related note, an article in yesterday's New York Times Magazine asks: Is football the next tobacco?

The parallels, of course, are not perfect. But tobacco, like football, was once deeply embedded in the American economy, culture and mythology. Its history, in fact, is inseparable from that of the nation itself. The first crop was planted by an early settler in Jamestown, John Rolfe (also known as the husband of Pocahontas), and it quickly became Virginia’s largest export and a primary impetus for the growth of slavery through much of the South. Cigarette smoking surged at the beginning of the 20th century, and into the mid-1970s, about 40 percent of American adults were smokers, and they could smoke everywhere they wanted — in restaurants, on buses and airplanes, in workplaces and college classrooms, in their cars with the windows up and their children in the passenger seats.

The fight against tobacco’s use has been long and has unfolded in stages, beginning with public-health warnings. A Johns Hopkins researcher reported in 1938 that smokers did not live as long as nonsmokers. A half-dozen years later, the American Society for the Control of Cancer warned that smoking might pose dangers but said “no definite evidence exists” that it caused lung cancer. In 1964, the U.S. surgeon general, Luther L. Terry, issued a landmark report. It linked smoking and cancer and set in motion decades of measures that deeply cut into smoking rates and tobacco’s profits and influence, beginning, first, with Congress’s passing measures that required health warnings on cigarette packages and later banning cigarette advertising on radio and TV. What came next were the lawyers, as well as more regulations and restrictions. After routinely defeating lawsuits brought by smokers (and families of deceased smokers), tobacco companies became more vulnerable. In 1998, they agreed to pay $206 billion to settle a lawsuit brought by the attorneys general of 46 states, who were seeking compensation for costs to the public related to smoking-related illnesses.