A Framework for Communal Discernment 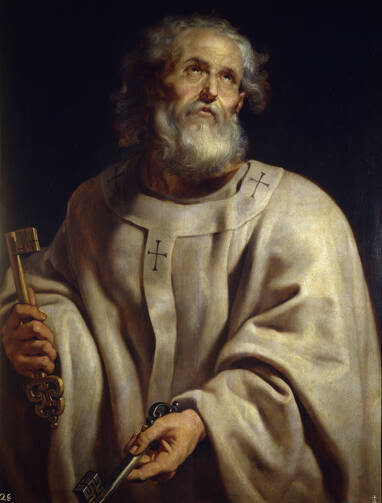 A few years ago I sat with a student to talk about colleges and potential majors. I tried to offer him the best advice I could from the tradition of discernment, specifically the framework I've inherited from my own Catholic faith and the spirituality of St. Ignatius of Loyola. I spoke about desolation and consolation, and I asked him to consider what he most wanted to study.

Eventually, though, I began to realize that there was a disconnect between our ways of understanding what was at stake. It wasn't that he didn't know what he wanted. He knew quite clearly what he wanted to study and where. Rather, the more pressing issue was that his desires conflicted with his family's. And the more we talked, the more I began to consider how the way we talk about prayer, and about God's will, might have shortcomings.

When we think of the great spiritual heroes and their response to God's call, we think of these people almost exclusively in isolation. We think of God speaking to them as solitary individuals, calling them to a mission, a vocation, or conversion that requires them to break with their families, friends, and native associations. One of the famous stories from the life of St. Ignatius is the encounter with his brother. After Ignatius had recovered from his battle wound and experienced conversion, he resolved to live as a beggar in the manner of people like St. Francis and St. Dominic (and not least, Jesus). To begin this new life, he was planning to journey to the Holy Land. But his brother beckoned him to stay. As Ignatius tells it, his brother took him from room to room in the Loyola household, urging him (Ignatius) to think about all that he was going to throw away. Ignatius takes it as a point of spiritual maturity that he was able to resist his brother.

There is, in other words, more than Western individualism at stake. When it comes to Christ, to being his disciple, we very well may have to divert from the path that those closest to us wish we would follow. Our choices might have to disappoint our family.

But this prospect is not universally appealing. It wasn't for men and women of the first century, and it's not for students of the twenty-first. For many, it's inconceivable that they would make a decision apart from their nearest community, their families. The idea of doing something different than what their families want seems to be an insult, a refusal to respect and honor those who formed them. Of course, someone might point out that that's precisely the reaction that Jesus' first followers had. They, too, were shocked at what Jesus said. They, too, were alarmed at the obedience he commanded over and above the obedience one gave to family.

But we cannot leave it at that. We cannot expect young men and women to just "get it." We need a spirituality that meets them in their context. While we invite them to consider the ways that God is speaking to them, we must also affirm a student's need and desire to consult with family and friends. Somehow we need to integrate the different perspectives, while helping them understand that, ultimately, God is the first and final priority.