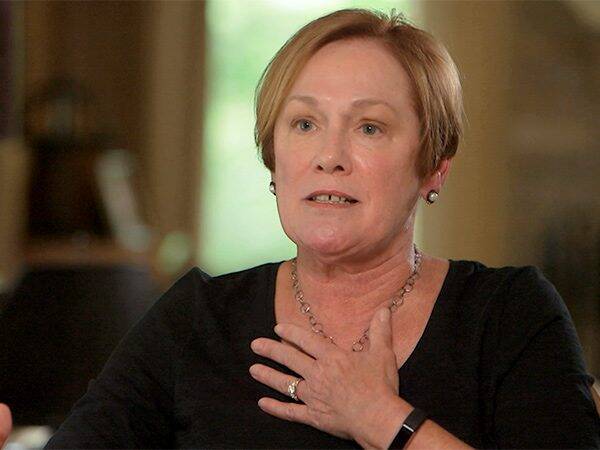 Cynthia Bowns gazes at a painting of the Last Supper that hangs in the study of her home. It is not Leonardo DaVinci’s famous depiction of Jesus and the 12 male apostles. Bowns’ painting includes several women alongside the 12 men at the table of the first Eucharist.

“I think this is probably a more accurate representation of who was actually there with Jesus,” Bowns says.

It’s clear from the gospels that Jesus had many followers among women. In the Acts of the Apostles and the letters of St. Paul, women also appear as diligent workers in the early church, spreading the Good News and ministering to other women, children and the poor in an early version of the diaconate. Those Scripture passages give Bowns hope that modern women will soon be able to once again serve as ordained deacons.

The church took a major step in that direction recently when Pope Francis named a 12-member commission—six men and six women—to study the question. If women are allowed into the diaconate, Bowns says she hopes to be at the head of the line.

Few could argue with her credentials. Bowns has a master’s degree in divinity, a certificate in spiritual formation from Catholic Theological Union in Chicago and worked for years in that seminary’s development office. She is married to a deacon.

As a deacon’s wife, Bowns participated in all of the classes her husband took during his four years of formation for the diaconate. But at the end of that time, only he could approach the altar to be ordained.

“Going through the diaconate program with my husband really surfaced a desire to serve. I’ve always had a sense of ministerial call, but it really became more focused during that time.”

Bowns believes women would bring a special sensibility to the role.

“I don’t want to make blanket statements about women, but often as mothers, or like me, a grandmother, we have a sensitivity to listening to people, to perceiving things. We come at the world in a slightly different way. My husband and I, we have totally different gifts, but we come together in a really special way. I think this would be an opportunity for more women in ministry to come together with their male peers in a really holistic, beautiful way,” she says.

Deacons handled the finances and cared for the poor and marginalized, freeing the early bishops to concentrate on the sacramental life of the church. One of St. Paul’s epistles mentions a female deacon by name, Phoebe of the church at Cenchreae. The role of deacons faded in the Middle Ages as priests and bishops took on more authority. The Second Vatican Council restored the diaconate, but only for men.

Maureen Garvey often serves alongside her husband, Deacon Kevin Garvey at their parish in Deerfield, Il. Parishioners refer to them as their “deacon couple.” The Garveys lead marriage preparation classes, help counsel returning veterans (Kevin is a retired Marine colonel) and plan regular prayer services at a local halfway home for women in recovery.

Maureen Garvey says she too is ready for the diaconate.

“We had the exact same training, two nights a week, one weekend a month, summer internships,” she says of her husband’s formation studies. “I wrote every paper he wrote. The only thing that was different was on the day of ordination, I had tears in my eyes when all the guys were called up [to the altar] and they left their wives sitting in the pews.”

Garvey often serves as a lector at the Masses in which her husband preaches the homily—something she says she often helps him to write.

“I would love to be able to reflect on the gospel in a woman’s voice. That’s what I feel called to. If we could do baptisms and weddings together, that would be lovely. I don’t feel the need to do that by myself. We’re a team,” she says.

Kevin Garvey says ordaining women to the diaconate would serve a practical purpose as deacons’ duties grow at the parish level because of the priest shortage. “I would love to have help, and women would be awesome in that role,” he says.

Bowns’ husband Loren, who serves in a parish in the Joliet diocese, says he too would welcome the help and the perspective a woman could bring to the role.

Not all deacons’ wives feel drawn to that role. Sylvia Foti, whose husband Franco is a deacon at a largely Polish and Hispanic church on Chicago’s south side, says she is not convinced women need to be in the diaconate at all.

“I’m worried that this might be another trend or fad,” she says. “It’s like a push from feminism to become an ordained minister, and I’m concerned about that. I haven’t fully embraced it, but I haven’t fully rejected it. I’m very ambivalent about it, but it makes me a little nervous, frankly.”

Like many Catholics, Foti wonders if female deacons ultimately will open the door to women priests. Zagano, the theologian, says that’s not likely.

Several male deacons I spoke with from the Chicago diocese are enthusiastic about women joining their ranks.

“When I take a look at all the ministries that women already work in, you’d have to argue that women are already doing diaconal ministries,” says Deacon John Vidmar, who serves at a largely Slovenian parish in the south Chicago suburbs. “I, as well as many of my fellow deacons, would be very comfortable with it,” he adds.

St. Nicholas Church in the Chicago suburb of Evanston may well be the first parish to already have put forth the name of a woman for the diaconate. It did so in 2013, before Pope Francis was even elected.

Deacon Chris Murphy of St. Nicholas says he and other members of the parish developed a white paper citing Scriptural support for a return of women to the diaconate. They presented their paper to Cardinal Francis George, then head of the Chicago archdiocese. At the same time, the parish proposed the name of a woman for the diaconate, Lynne Mapes Riordan, an attorney who has served on the parish’s liturgy planning committee for many years.

Mapes Riordan says she and the cardinal had a “very cordial” meeting, but she does not know if the white paper or her name were ever sent to Rome for consideration. The cardinal was being treated for cancer at the time and died about a year later.

Mapes Riordan has a master’s degree in liturgy from Catholic Theological Union. She is still interested in becoming a deacon—if that one day comes to pass.