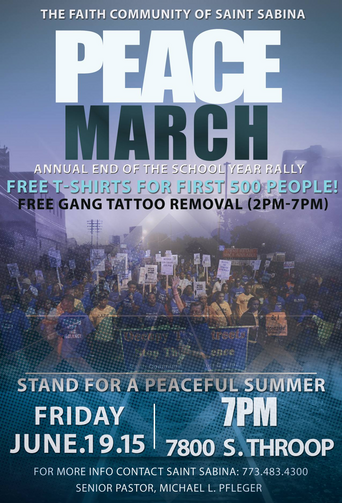 Memorial Day weekend produced headline-grabbing violence in three major U.S. cities. In New York, there were 16 separate shooting incidents over the long weekend. The New York police department reported that 18 were wounded, four died of gunshot wounds and one person died in a stabbing incident.

In Baltimore, police report 32 people shot and nine fatalities. May has been a horrendous month for violence in the city, still seeking to right itself after the disorders which erupted in the aftermath of the death of Freddie Gray, a 25-year-old African-American man who suffered a fatal spinal injury while in police custody six weeks ago. The 36 killings recorded in Baltimore in May make this Baltimore’s deadliest month since 1999. The tally so far for 2015 is 109 homicides, a rate that has been moving up since the city achieved a modern low of 197 homicides in 2011

“It's deplorable," City Councilman William "Pete" Welch told the Baltimore Sun. "The shootings and killings are all over the city. I don't think any part of the city is immune to this. I've never seen anything like it.”

Father Michael Pfleger is the outspoken pastor of St. Sabina’s Parish on Chicago’s South Side, a neighborhood which has historically seen a disproportionate amount of gun and gang violence.

As the news broke of the weekend violence he turned to his Facebook account to vent his outrage. In the past he has deplored government and media indifference to Chicago’s gun violence. This time he opted to share the blame and the obligation to respond: “The Tribune is reporting 12 KILLED and 56 SHOT this past Memorial Day Weekend,” he wrote.

“We know the shooters...and whether these young people are our own children, neighbors or friends...they MUST be reported...When we know who shot or killed and say nothing we are [co-conspirators]. When the hell are we going to stop this blood bath?”

Reading the news reports after the weekend was “just very sad,” said Monsignor Michael Boland, president and C.E.O. of Catholic Charities for the Archdiocese of Chicago. “It’s very tough; I don’t think anyone has an answer.”

The news came as a bit of a surprise; gun homicide had been trending down in Chicago. So far, 2015 is on track for an end-of-the-year homicide total in the mid-400s. That’s not a number that will cheer many, but it is half the number of Chicago homicides in 1995 (828). In fact the nation's third-largest city had 407 murders last year; its fewest in five decades.

But the handful of South Side Chicago neighborhoods where most of the gang shootings are concentrated have little cause for celebrating that lowered figure. Boland described them as “just like a war zone—the danger, the shooting, the fear.”

Responding to breaking reports of the weekend’s death toll, Mayor Rahm Emanuel, during an impromptu press conference on Tuesday, said that Chicago police and its neighborhoods had to work together to end gun violence which has been a plague in Chicago for years. “It's the job of all of us, coming together as neighborhoods and communities, to secure our streets," he said. But, he added, “If we're gonna see the type of safety and security we want to see, I can't implore enough that we deal with both tighter restrictions on access to guns and stiffer penalties for those who use guns.

"It's not just about how many police you have," Emanuel said. "It's about the quantity of guns that are on the street.”

Gun rights advocates often point to Chicago’s troubles with guns as evidence that tougher gun control laws don’t work—the city has some of the highest restrictions on gun ownership in the nation yet it has one of the highest rates of gun violence goes the argument. That talking point though simply ignores the hard reality Mayor Emanuel was nodding to. When adjoining counties and states do little to stem the flow of weapons into the city, Chicago’s own laws hardly matter.

A study released last May by the Mayor’s Office and Chicago Police Department reports that Chicago’s gun violence rate “is directly linked to the number of illegal guns available in the city.” According to the report, 60 percent of guns recovered after crimes in Chicago were first sold in other states, where weaker gun laws prevail. The police analysis found that, in fact, a small handful of gun stores, three from Cook Country and one from Gary, Indiana, “continue to be responsible for a disproportionate number of crime guns recovered on Chicago’s streets.” According to the report, the largest out-of-state sources of Chicago’s illegal guns were Indiana, Mississippi, and Wisconsin, which supplied 19 percent, 6.7 percent and 3.6 percent of guns recoverd after crimes, respectively. “None of these states have laws that require background checks for purchasers who buy firearms at gun shows or on the Internet.”

The police analysis compares Chicago to New York and Los Angeles, cities with far fewer gun homicides but many of the same key socio-economic indicators and relatively similar rates of non-gun homicides. The one glaring difference that might account for Chicago’s significantly higher rate of homicide was the number of illegal weapons on the street. According to the report, in 2012 the Chicago Police Department confiscated 7,624 guns. The report notes: “Measured by the number of guns recovered in crimes per capita, after controlling for population, Chicago police officers recover seven times more guns than in New York City and more than double the amount of guns recovered in Los Angeles.”

That’s why significantly reducing Chicago’s homicide rate could be as simple as interrupting that relatively unimpeded flow of weapons into the city. The report recommends higher regulatory control of gun dealers—just four local dealers supplied nearly 20 percent of the guns recovered at Chicago crime scenes—requiring background checks for private-party gun sales to make it harder for criminals to access guns and legislation that would make gun trafficking a federal crime.

Monsignor Boland agrees that the “amazing” access to guns and ammunitions is a major contributor to Chicago’s violence. The heavy duty firepower of today’s automatic weapons and teens governed by little more than gang ethics can make a lethal combination when an argument on the street or at a party flares into something much worse. But ridding the city of its illegal gun stockpile is only a part of the response required, he says.

The causes of the violence are complex, but a persistent hopelessness born of poverty and lack of educational and job opportunities and a disconnect from families and the wider community are major components of the violence problem in Chicago, said Boland.

Monsignor Boland tries to reconnect with kids potentially vulnerable to violence as victims or perpetrators. He said Catholic Charities maintains a number of summer programs to reach troubled communities in Chicago, even a food truck that drives out into neighborhoods where Catholic Charities does not have an office. He said his staff has been long aware of the invisible lines, sometimes even just across one side of a street, that neighborhood kids fear to cross in Chicago. Stepping onto the turf of another gang can be cause enough for an outburst of violence. “We have to work in that reality,” Boland says.

Getting nutritious meals to kids during the summer, when Chicago public schools are closed and many children don’t have access to the free school breakfast and lunch programs which kept them fed before, is an essential Catholic Charities outreach. But the food deliveries serve another purpose. When the food truck rolls into a neighborhood, Boland says Catholic Charities staff create activities for the kids in city parks during the deliveries. They are able to connect with them, listen to their problems and get them in contact with other essential Catholic Charities of city services, job training and mentoring. “We try to keep the kids safe during the summer,” he said.

Too many kids in Chicago, according to Boland, are more connected to their gangs then they are to their families or the community and it becomes difficult to extricate them from that life “when the gangs appear as the most positive force in their lives.” Getting them nutritious food, connected back into their churches and communities and into job programs over the summer will be the key to ensuring that the violence over the Memorial Day weekend will stand out as an unpleasant anomaly and not as a theme for summer 2015.