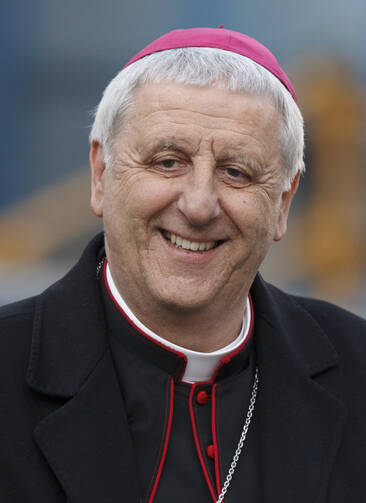 Pope Francis has appointed an Italian Cardinal, Giuseppe Versaldi, as Prefect of the Congregation for Catholic Education.

He will head a congregation – one of the nine major departments in the Roman Curia – that has two main sections. The first oversees the 1,358 Catholic universities (114 are run by the Jesuits) and institutes of higher education in the world today, and houses of formation of religious and secular institutes. The second does likewise for all Catholic schools and educational institutes that are dependent on ecclesiastical authorities, and here it should be noted that the Catholic Church operates the world's largest non-governmental school system.

The Vatican announced the appointment at midday, March 31. Versaldi replaces the Polish cardinal, Zenon Grocholewski, who has held that post since 15 November 1999, but last year reached 75, the statutory age for retirement of senior Vatican officials.

At the time of his nomination, the Italian cardinal, who will be 72 in July, was head of the Prefecture for the Economic Affairs of the Holy See, a body that will soon cease to exist following the establishment of the Secretariat for the Economy by Pope Francis in February 2014. Versaldi, who is very close to Cardinal Tarcisio Bertone, the former Secretary of State, had been in that post since September 2011.

His appointment can be seen as another instance of the re-assignment of high level officials that is taking place in the Roman Curia as a result of the reform process, and consequent restructuring, being conducted by Pope Francis. A similar move took place last November 2014 when the Jesuit pope appointed the Guinean cardinal, Robert, Sarah as Prefect of the Congregation for Divine Worship and the Discipline of the Sacraments, when he transferred him to that post from his previous position as head of the Pontifical Council Cor Unum, a body that will soon be incorporated into a new Congregation for Charity, Justice and Peace.

Versaldi was born in July 1943 at Villarboit in the province of Vercelli, northern Italy. After entering the local seminary, he was ordained priest in 1967. He then did some pastoral work before being sent to Rome to study at the Jesuit-run Gregorian University, where he obtained a degree in psychology and a doctorate in Canon Law. He subsequently returned to Vercelli where he set up a diocesan family counselling center, promoted the family apostolate and served as a parish priest.

While still working in the archdiocese of Vercelli, in 1980 he was invited to teach canon law and psychology at the Gregorian University in Rome. In the eternal city, he began a working relation with the Roman Rota that lasted many years and led to his appointment as a member of the Supreme Council of the Apostolic Signatura (the Vatican’s Supreme Tribunal) in 2007.

Benedict XVI appointed Versaldi as bishop of the Vercelli archdiocese in 2007, where he had been vicar-general since 1994. Then in September 2011 the German pope appointed him as President of the Prefecture for the Economic Affairs of the Holy See, and created him cardinal at the consistory of  Feb. 18, 2012.