Pope Francis and the Patriarch of Moscow will meet in Cuba on Feb 12, an encounter of the utmost importance to Christian Unity

Pope Francis and the Patriarch of Moscow will meet in Cuba on Feb 12, an encounter of the utmost importance to Christian Unity 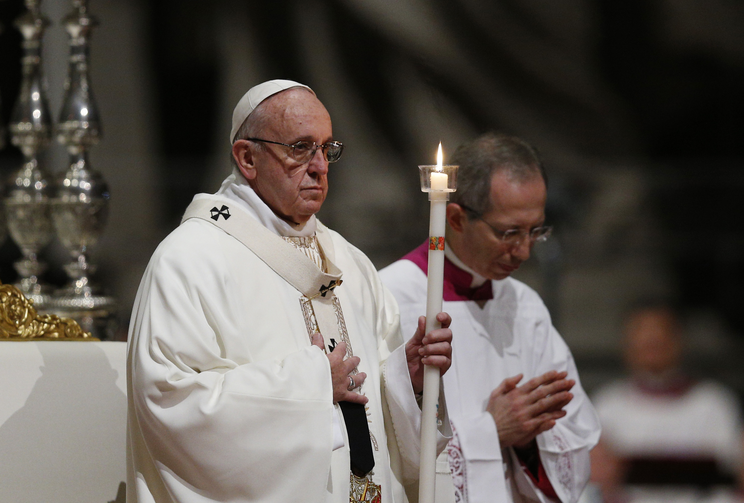 Pope Francis and the Patriarch Kirill of Moscow and All Russia will meet in Cuba on Feb 12. It is the first ever meeting between the heads of the Roman Catholic and Russian Orthodox Churches, a truly historic event.

Patriarch Kirill arrives in Cuba on Feb.11, on his first visit to Latin America, and Pope Francis will make a stopover on his journey to Mexico. They will meet at Jose Marti international airport at 2.15 p.m. (local time) and will have a two-hour private conversation, assisted by Spanish and Russian interpreters, and afterwards they will sign a joint declaration and give brief talks. The president of Cuba, Raul Castro,will act as host.

The joint announcement was made at the same time on Feb. 5 by the Vatican and the Moscow Patriarchate. Father Federico Lombardi, S.J., the Director of the Holy See press office broke the news in Rome just after midday (local time) and read the following statement:

“The Holy See and the Patriarchate of Moscow are pleased to announce that, by the grace of God, His Holiness Pope Francis and His Holiness Patriarch Kirill of Moscow and All Russia will meet on February 12th next. Their meeting will take place in Cuba, where the Pope will make a stop on his way to Mexico, and where the Patriarch will be on an official visit. It will include a personal conversation at Havana’s Jose Marti International Airport and will conclude with the signing of a joint declaration.

“This meeting of the Primates of the Catholic Church and the Russian Orthodox Church, after a long preparation, will be the first in history and will mark an important stage in relations between the two Churches. The Holy See and the Moscow Patriarchate hope that it will also be a sign of hope for all people of good will. They invite all Christians to pray fervently for God to bless this meeting, that it may bear good fruits."

The meeting is of the utmost importance for Christian unity and a milestone in the relations between the Catholic and Russian Orthodox Churches. It is significant also because the Russian Orthodox Church is the largest church in the Orthodox communion of churches; it has over 90 million members out of a total of over 200 million faithful. Furthermore, some two-thirds of all Orthodox faithful are linked to the Patriarchate of Moscow. In addition, this historic encounter comes on the eve of the very important Pan Orthodox “Great Council,” which will be held in Crete in June, and will bring together the leaders of all the Orthodox churches.

Today’s meeting is the result of a long preparation, conducted with maximum confidentiality between representatives of the Holy See and the Moscow Patriarchate. There had been rumors for some time that this major breakthrough could happen this year and confirmation has now arrived.

When Pope Francis was questioned on the plane returning from Istanbul to Rome on Nov. 30, 2014, about the future of Catholic-Russian Orthodox relations, he stated clearly his desire to meet Patriarch Kirill, and said the patriarch shared this desire. Responding to the TASS correspondent on the future of relations between Moscow and Rome, Francis said:

“I told Patriarch Kirill, and he agreed, there is a willingness to meet. I told him: ‘I'll go wherever you want, you call me and I’ll come’; and he too wants this.”

But, he added, “there is the problem of war in these times"—a reference to the conflict in the Ukraine on which the Vatican has steered a very careful course. Referring to Kirill and this conflict, Francis said, “The poor man has so many issues there that the meeting with the pope has been put on the back burner.”

Francis concluded: “Both of us want to meet and move forward,” and he noted that Metropolitan Hilarion (the "foreign minister" of the Russian Patriarchate) “had suggested that the commission, for which he presides over the Russian Orthodox part, hold a study meeting on the question of Primacy.” And, Francis added, “We have to continue in the footsteps of John Paul II” who in his encyclical on ecumenism in 1998 had said, “Help me to find a form of Primacy that we can agree on.”

“This is what I can tell you,” Francis concluded. In fact, however, confidential talks were already underway between the Vatican and the Patriarchate of Moscow to prepare for the meeting, and agree on a date. Those talks have now borne fruit and open important new horizons for Catholics and Orthodox on the road to Christian unity, after almost a thousand years of separation, and in particular in the relations between the Catholic and Russian Orthodox Churches.

Show Comments (
7
)
Comments are automatically closed two weeks after an article's initial publication. See our comments policy for more.
PHYLLIS ZAGANO
4 years 2 months ago
This is just wonderful, really. Who would think the Pope and the Patriarch would meet, hosted by the president of Cuba?
William Rydberg
4 years 2 months ago
Blessed News this First Friday! It's fitting that the subject of their meeting will focus on persecution of Christians especially since the date of the announcement is the Memorial of St Agatha, who died a bloodied Martyr after suffering unbelieveably brutal punishment witnessing for Christ Jesus-God come in the flesh, Blessed be the Holy Trinity... in Christ, The Memorial of St Agatha, Virgin and Martyr....
Lisa Weber
4 years 2 months ago
Pope Francis is an amazing pope! I hope he is around for a long time.
Bill Mazzella
4 years 2 months ago
This event cannot be measured correctly. This is beyond watershed and monumental. Not only does it show that the whole church is universal. But that it is not just European. It certainly helped that the present bishop of Rome is not European. But Francis still deserves the accolades. He has nowhere the hubris that the last two popes had.
Vincent Gaglione
4 years 2 months ago
It is somewhat disturbing to me, as reported in today’s New York Times, that the Russian Patriarch probably needed the approval of Russia's Putin to participate in the meeting with Francis. It revives in my mind the extensive collaboration between the members of the Russian Orthodox Church with the Communist Party both in Russia and in various European Communist nations to the detriment of some of their own faithful as well as Catholics and other Christians. Will this meeting truly serve the ecumenical purposes that Pope Francis seeks or rather the geopolitical needs of Putin as the United States and Europe seek to freeze Russia out of world political influence as a result of the Ukraine crisis? All of which comes from me despite hoping and praying that the motives of the Patriarch are not the cynical ones to which I refer above. Pope Francis demonstrates both his political and spiritual acumen to the cynics among us. He urges reconciliation rather than conflict, knowing that conflict only causes the most unChristian of behaviors by which the message of Christ is denied. There is something very profound in the statement from St. John Paul II (whose reputation in the United States seems solely based on his alleged Cold War attitudes) “Help me to find a form of Primacy that we can agree on.” Francis’ example in pursuing this meeting serves as a teaching moment for Christian practice to both western and eastern Christianity. Is Francis a political naif? Perhaps. I prefer however that in this instance he is a demonstrable Christian, more of which surely seems to be needed in the leadership of Catholic Christianity in this country and world.
alan macdonald
4 years 2 months ago
I pray that the two lungs of the Church, Catholic and Orthodox, will soon re-unite.
Steven Krause
4 years 2 months ago
Surely the holy father is not naive about the ways that Putin and others may try to use this meeting for political effect. At the same time, he couldn't possibly let this opportunity go by without trying to promote Christian unity. The benefits of successfully healing the east-west rift would be so vast that they would bless humanity long after history has forgotten Mr. Putin (and the rest of us).
Advertisement