It's not Censorship, Just Cowardice: On Sony's Decision to Shut Down "The Interview"

It's not Censorship, Just Cowardice: On Sony's Decision to Shut Down "The Interview" 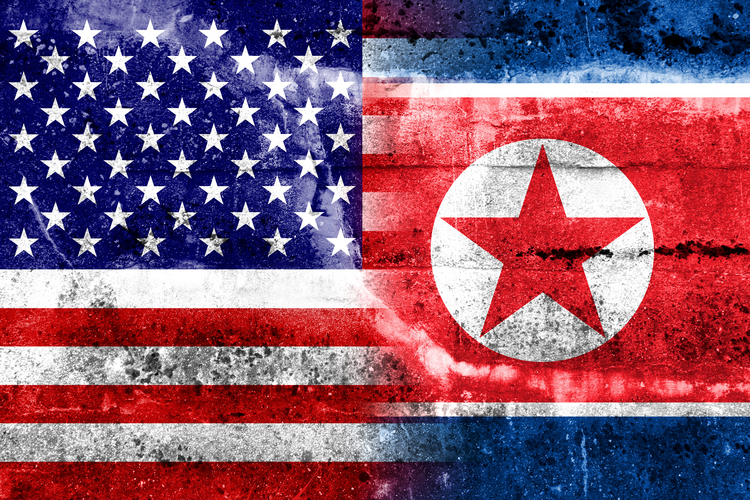 What a strange week it’s been in Hollywood. Tuesday night we actually had a thunderstorm. For those who don’t know Southern California, that’s like saying House Republicans think our country might have a race problem. Or Woody Allen is considering property in Malibu. Or the new Missal really seems to be catching on. (“Under our roof,” translators? “Under our roof”?)

There was even lightning, for God’s sake.

Then yesterday, hack-beleaguered Sony Pictures actually stopped distribution of major motion picture “The Interview,” maybe forever, after the United States’ five major theater chains refused to show it for fear of a 9/11-style attack on any theater that did.

To say the Internet was not happy with this series of events would be an understatement. Hollywood writer/director/producer Judd Apatow called the chains’ decision “disgraceful” and wondered, along with many others, what’s next: “Will they pull any movie that gets an anonymous threat now?” Many called it a sad day for creative expression, and feared that this forebodes a dangerous new self-censorship. Rob Lowe compared Hollywood to Neville Chamberlain (to which the nation of Czechoslovakia replied, “Mmm, Rob, I think not”). Newt Gingrich went so far as to call the hackers’ threat an “act of war,” forgoing the need for an act of war to involve an actual act. Forget the pesky details, there’s really never a bad time for a little preemption.

I’m currently working on a piece for America about the Sony hacks and what might be important in the long term about that story. (Quick tease: It’s not the fact that Amy Pascal and Scott Rudin send nasty emails, though their exchange that President Obama’s favorite movie has got to be “Django Unchained,” “12 Years a Slave” or “Walk Like A Man”—because he’s black, get it? (Insert awkward, “Other races make me nervous” laugh)—is yet another astonishing example of the racial divides that beset our country.)

But this decision to stop the release of “The Interview” brings up a whole other set of questions. Most especially, is this really censorship? A group of artists have just been told by their bosses, under public pressure from a political leader, that their work will not be presented. Potentially ever. On the surface, it seems to offer a pretty strong example.

Yet as much as we might hope that show business is a show—that is, entertainment, art, something that speaks to some aspect of our humanity—it’s also a business. It’s about making money.

Consider this (admittedly absurd) analogy: If there were mounting rumors that recent batches of Dial Soap had been produced using the fat of cows infected with mad cow disease—(Editor’s Note: There are no such rumors; Dial Soap is wonderful)—and that as a result there were concerns that being in the vicinity of such soap could make you ill—(Editor’s Note: That is absolutely ridiculous. Just a whiff of Dial Soap will leave you feeling refreshed)—in that circumstance, would it be wrong for the company to pull Dial from their shelves? (Editor’s Note: Are you serious with this? And yes, it would.) (Editor’s Editor’s Note: Today’s editor’s notes are sponsored by Dial Soap. Aren’t you glad you use Dial? Also, by Mail...Kimp?)

The fact is, from a business perspective at some point it doesn’t matter whether Dial actually poses a health risk or not (Editor’s Note: It doesn’t. It really, really doesn’t. You should try it. You’ll like it). If enough people believe it might, and you still stock it, you’re going to lose customers, which means fewer sales, which means less business. And at some point that’s just not acceptable.

In the case of “The Interview,” we’re talking about something probably just as absurd as Mad Cow-Infected Soap. Does anyone really believe that North Korea has sleeper cells planted at AMC theaters throughout the country, waiting to blow themselves up and start a world war if they see James Franco? The idea that they’ve got it together enough to threaten even just one theater seems preposterous.

And yet, the very idea is of such a magnitude and resonance as to potentially disrupt the entire holiday movie-going season. It’s worth noting, before the theater chains and Sony caved, other film studios had in fact been complaining privately about the possible adverse effects “The Interview” would have on their box office. The whole thing is in some ways like the global financial crisis—fear infects, isolates and debilitates.

All of which is to say, this doesn’t really seem like a case of “The Man” trying to silence “The Truth” or even “My Vision.” “The Interview” is neither “Piss Christ” nor “M*A*S*H*.” Based on its marketing campaign, it doesn’t even seem like it was intending to be satire. (Having stars Seth Rogen and James Franco do an episode of Discovery Channel’s “Naked and Afraid” does not exactly scream “social comment.”)

No, this looked to be another Rogen/Franco farce. If they were going to satirize anything, it was going to be themselves, the media, maybe the C.I.A. (which, all things being equal, Hollywood, seems ready for its “Dr. Strangelove,” please and thank you). That’s not to say Kim Jong Un was going to come off well. (At this point, is that even possible?) But when you’re dealing with such an easy target, that’s not satire. That’s breakfast.

Having said all that, it’s definitely a frustration that these movie chains would let themselves be bullied into submission by what amounts to a deranged Muppet Baby having a temper tantrum. Maybe Sony should accept the mass-tweeted suggestion of posting the movie online for free and letting ‘Merica give Kimmy J their collective salute. Because censorship or not, giving in to the threats of a crazy person with Daddy issues and a nasty haircut does set a dangerous precedent. (Just think of what happens if you have to deal with Donald Trump.)

Or they could stand up and embrace the accusation of censorship. Admit that greenlighting a comedy about two Americans murdering a real-life foreign leader was ill-advised in the world today. Certainly many of those crying "artistic freedom" now would not do so for a comedy that imagined the assassination of Barack Obama. And with good reason.

Either way, if you’ve got the hutzpah to greenlight a project like "The Interview," you should also have the guts (and respect for the team you hired) to offer a clear point of view. I mean, how risky can it be? This is Hollywood. It's not like lightning is going to strike.

Show Comments (
3
)
Comments are automatically closed two weeks after an article's initial publication. See our comments policy for more.
Jordan Foos
5 years 11 months ago
The tenor of this article disappoints me. I think it's because it carries the same tenor as "The Interview" (at least the trailers I have seen). There is a general disregard for human life and dignity. With the film, we are telling the masses (which include our children) that, if you don't like someone, it's OK to openly express that you want to kill them (and try to make this funny, at the same time). With the article, we are telling the general public (which might include children...though, I doubt they read America) that, if you don't like someone, it's OK to demean them through clever humor. Granted, I don't live under Kim Jong Un. Some might respond that I have no idea what I am talking about, that, if I had to live in a place dictated by him, I would have a different mind about the issue. Certainly, experiencing life in North Korea would give me some insight, and I don't mean to downplay the struggles of people in North Korea. But, what are we trying to accomplish here? Are we not looking for redemption and healing in the world? So, how does defaming a person through fictional assassination attempts and through slapstick jokes (even if that person is a tyrannical dictator) bring about this healing? Can it ever? And, there is the justification for "freedom of speech". Yes, in the United States our laws protect our ability to speak what's on our minds. But, this does not mean that we should. If our speech does not take into account our community, that is, those who will be listening to this speech, it is not really free. True freedom only comes when it is attached to responsibility, accountability, to others. Would a Jesuit superior (when he is being his best self) spout off about a particular community member that he was having a tough time with to other members of the community? No. He would exercise restraint of speech out of deference for that member's humanity, from a place of humility, and also in consideration of how it could impact the community. Does he want to engender a community where members openly gossip and defame each other, a community of resentment?
Jm McDermott
5 years 11 months ago

I don't generally venture into the comments section, because I'm just crazy enough to post responses.

But someone online pointed out your post and I wanted to thank you for it. I do go after Kim Jong Un in a pretty aggressive way here. In large part that's to highlight the absurdity of his threats and the American movie theaters' response. And in part it's my own response to his attempt to terrorize. Maybe KJU is an international supervillain with bombs in every movie theater in Middle America. He also has a silly hair cut.

But having said that, a call for greater kindness is never one to ignore, especially in the world we live in. I'd just say humor has a huge part to play as well.

(By the way, I love your Jesuit community analogy. A show about the relationship between Kim Jong Un, Jesuit scholastic, and his religious superior is a show I need to see.)

John Fitzgerald
5 years 11 months ago
In all the talk and writing on this topic, almost nobody raises the issue of potential risk to moviegoers. I agree that the risk is extremely low but it is not zero. As a parent or grandparent, would you think twice about taking your child to a theatre complex where "The Interview" was showing? Would any of your friends or acquaintances? If you have any doubt then the decision of theatre owners and Sony might not seem so craven. From what I've read, this movie is a spoof about the assassination of a foreign Head of State -- who happens to command a very large army, has nuclear capabilities, kills enemies, takes hostages, and may be unstable. I have zero sympathy for Seth, James, and their creative team.