Highlights from 13 reports issued by the synod language working groups 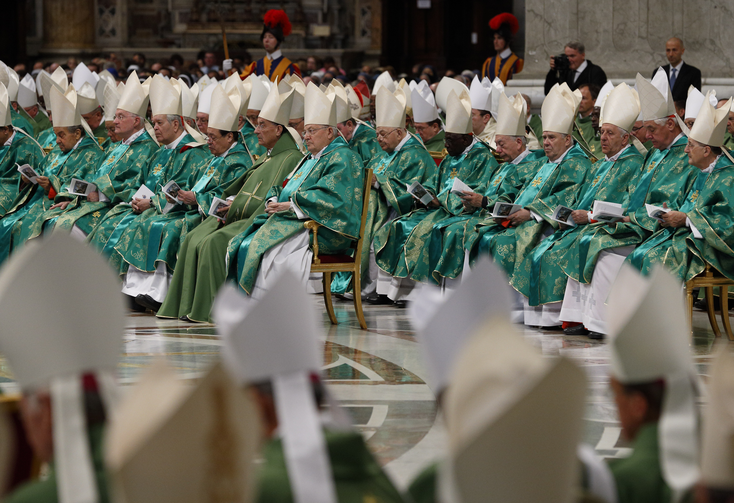 The Vatican today released the texts of the 13 reports from the English, French, German, Italian and Spanish language groups that were presented to the plenary assembly of the Synod on the Family this morning, October 9.

Several reports ask that the final document be written in a language that reaches ordinary people, not in “church-speak,” or as Archbishop Kurtz told the media at a Vatican press briefing today, a language that is “simple, understandable and inspiring.”

Some spoke about the need for a more biblical presentation of the family in the final document. Others insisted that this text should reflect “a global” perspective not just a Eurocentric or Western one.

A number of groups have raised the question of what is the concept of “family” that should be used in the text; is it the nuclear family, or the extended family, or what?

It is important to note that each of the 13 group reports are accompanied by a varying number of what are called “modi,” that is modifications in one form or other to the synod’s working document which is the basic text or “work instrument” that is being used at the synod. That text was drafted based on the conclusions of the 2014 synod and additional input from the local churches worldwide.

The “modi” take a variety of forms, ranging from proposals to re-write entire paragraphs of the original working document text, to proposing additions, amendments, the inclusion of a particular sentence, the deletion of some parts of the text, or asking for greater clarification in the use of the certain words.

The modi have been passed on to the special commission of 10 synod fathers, established by the pope to draft the synod’s final document. They have not been released to the media, and presumably will remain secret. There could be around one hundred of them, if not more—the Vatican has not yet said how many there are.

Report from English working group A

Report from English working group B

FRENCH NOTES: The following text seeks to identify the main points of the reports from the three French language groups. It is presented as an aid to the reader and does not pretend to be exhaustive.

ITALIAN NOTES: There are three Italian language groups at the synod, which include not only Italians but participants from Eastern and Western Europe, the Middle East, Africa and Latin America.

SPANISH NOTES: There are two Spanish language groups at the synod. They included not only Spanish speakers but also Portuguese speakers from Europe, Latin America and Africa.

The following are the ‘modi’ on which there was greater consensus:

1. Reaffirmation of the methodology adopted in the WD; it is adequate and should be kept.

2. The challenge: to link the 2014 synod to the present one. To give continuity. (Adopt) the language of hope, and ‘the Church of yes.’

3. At the pastoral level

4. The relation between seeing and acting. The seeing of the WD has an ethical-theological dimension. To start from how God sees it.

NB: There is no translation as yet for the one German language group at the synod.