How deep are divisions in U.S. society? 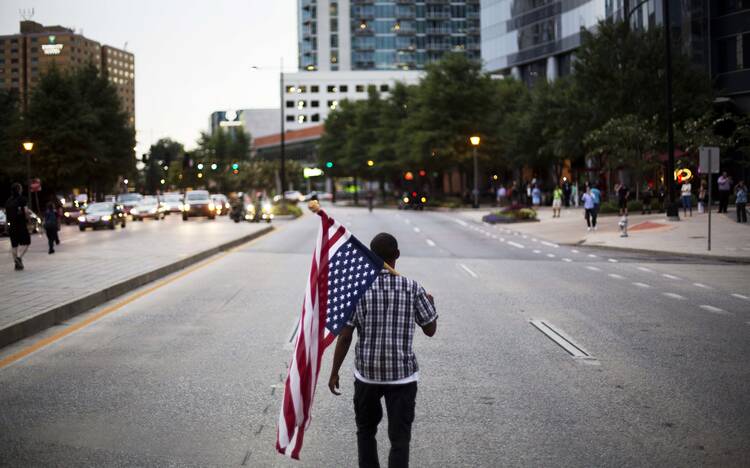 There can be no question at this point that the relationship between police and African American communities in this country is broken. The sheer number and variety of incidents demands an acknowledgement that what we are seeing is not a series of local problems, but something systemic. At some fundamental level American society simply does not value the lives and experience of African American people.

If we were to dig deeper, we would find this crisis extends beyond African Americans. Native Americans, for instance, represent between 1 and 2 percent of the U.S. population, depending on whom you include, and as such receive far less attention than other groups. (African Americans, for example, make up 13 percent of the U.S. population.) Yet the issues they experience are often very similar. In fact, according to a 2014 report of the Center on Juvenile and Criminal Justice, between 1999 and 2011 Native Americans were killed by police at a higher rate than any other racial group, including African Americans.

There’s another group in the United States currently expressing their own strong sense of feeling excluded; that is the working class supporters of Donald Trump. I draw this parallel with unease, recognizing some of these supporters express exactly the kind of bigotry that enables and promotes the violence with which African Americans and others contend. And also acknowledging that there is a world of difference between those who feel left out by globalization and those who for generations have been profiled, terrorized and murdered by police. God, yes, there is.

But still I wonder if there is a connection to be made here. While some who support Trump may be xenophobic, racist, even violent, many have been trying to express their own legitimate fear and fury about the state of their lives. As our government trumpets the economy and the banks that ruined so many lives go right on laying out bonuses and body-slamming the little guy, millions in our country have seen themselves left behind, their jobs, homes and pensions gone, their upbringings ignored or derided. And their children’s future appears even worse.

Pundits wonder why anyone in such circumstance would turn to Trump, a man with no experience in government, few or no fixed policies that come anywhere near orbiting reality and a resume that has never shown any concern or support for the working man. But to my mind Trump’s appeal is less about achieving practical change than rejecting the status quo. And the more offensive Trump gets, the more comfortable many become believing that he is the proper conduit for their outrage. In a way it’s an expression of impotence masked as agency, a scream born from of a sense of doom. But much as bodies blocking highways, that scream demands our attention.

It’s nearly impossible to imagine the Black Lives Matter movement and Trump supporters ever working together (though I have no doubt somewhere in Hollywood right now someone is trying to develop a show or film with this premise). A good Marxist might add, it’s precisely by maintaining and bolstering animosities like these that capitalism protects itself from serious challenge. Get the people with legitimate gripes to attack one another, and the fat cat money train can keep on rolling.

Still, the enormous presence of these groups on our social landscape right now makes me wonder how much longer politics-as-usual can survive in this country, how much more all the spin and do-nothing, oppose-everything, in-the-pocket-of-the-powerful can go on. Do we really expect that Americans will tolerate indefinitely horrors like people of color being killed by police, mass incidents of gun violence and the growing chasm between rich and poor?

It could happen, I guess. Perhaps something else will distract us. But I don’t know. Maybe it’s just because I live in Los Angeles, where earthquakes are a “when” not an “if,” but it’s hard not to see within all these broadly-based, intense expressions of outrage and grief (and also violence) the kind of attempts at stress relief that usually precede a really big quake.

That might sound like I’m suggesting everything is about to fall apart. But the point is rather that for many in this country, it already has. And that has to affect all of us.

Jim McDermott
@PopCulturPriest
Show Comments (
2
)
Comments are automatically closed two weeks after an article's initial publication. See our comments policy for more.
J Scanlon
5 years 11 months ago
The black and able police chief in Dallas, TX gives great pause to credit this article's basic thesis. Two of the most difficult jobs in America today are policing and teachig. Each profession is asked to multi-task far beyond reasonable limits. Let the discussion begin, and I dare to say that Americans of all strips will work out a resolution far better than is represented here in how we balance law enforcement with individual freedom.
JR Cosgrove
5 years 11 months ago

The sheer number and variety of incidents demands an acknowledgement that what we are seeing is not a series of local problems, but something systemic.

Do you have any data to support this statement? Because I have data to dispute it. Which means the statement

There can be no question at this point that the relationship between police and African American communities in this country is broken.

is open to who is responsible for this broken relationship. It is definitely not the police that are the problem but if the African American community believes the police are the problem than who is responsible for this false perception. Again, it is definitely not the police. From today's Wall Street Journal, an editorial by Heather MacDonald (Time to End the Demonizing of Police - Two years of corrosive rhetoric about racist cops, based on falsehoods—with disastrous effects). She is an expert on police violence or in reality the lack of it.

Now the consequences of this stream of falsehoods about police may be spinning out of control, with the assassination of five police officers in Dallas last week and the attacks on cops in other cities since then. Make no mistake: Assertions about systemic, deadly police racism are false.

So are those who make the false assertions about racial bias in reality the ones responsible for the violence? And who in this country is the most visible person making these claims about police bias?