Catholic millennials don't go to Mass much, but they still give up meat during Lent. 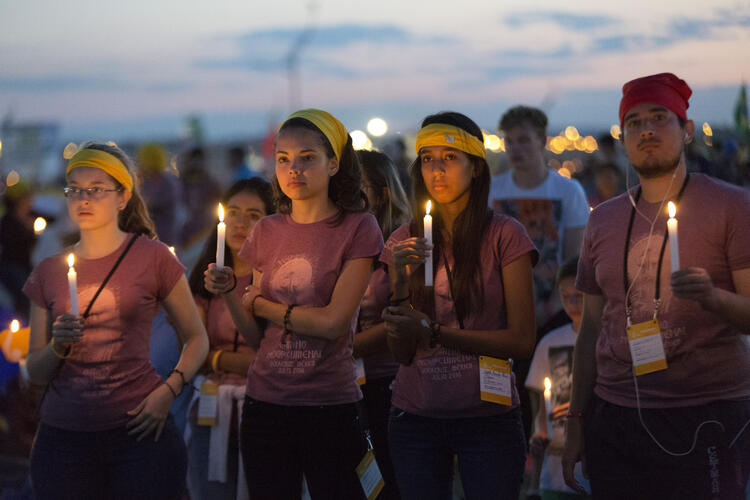 A new survey confirms what many have suspected: Catholics born in the 1980s and ’90s are less likely to be active in parish life and are more doubtful about God’s existence than their older peers. That’s according to a study published Tuesday by Georgetown University’s Center for Applied Research in the Apostolate, which revisited a 2008 survey in order to look for changes in how Catholics of all ages practice the faith.

Mostly, there has been little change across the board, with Mass attendance, prayer and belief in God remaining stable, in large part because of the stability of older Catholics in church life.

But when it comes to millennials, changes in how Catholics practice the sacraments are more dramatic.

In 2008, half of all millennial Catholics reported receiving ashes on Ash Wednesday. Now, that number has dropped to 41 percent. The number of millennial Catholics giving up something for Lent dropped 10 points from 2008 to 36 percent, and those donating money or trying to change negative behavior dropped 18 points, to 28 percent.

Some Catholic habits, however, are proving stickier. More than half (58 percent) of millennial Catholics still do not eat meat on Lenten Fridays, a dip of only three points since 2008. But Catholic millennials mirror their non-Catholic peers, showing a downward slide when it comes to attending religious services, prayer and belief in God.

Two-thirds of Catholic millennials attend Mass “a few times a year or less often,” compared to a majority (55 percent) of pre-Vatican II Catholics, who go at least once per week. Fewer millennials (25 percent) pray once a day or more than those who pray just a few times per year or less (30 percent).

Millennials are more likely than older Catholics to say they sometimes (21 percent) or frequently (10 percent) have doubts about the existence of God, though a majority (64 percent) say they believe in God sans doubt.

Part of the reason for the decline in church participation among millennials could be education. Just over a third of millennials (36 percent) say they were enrolled in religious education programs, compared to 50 percent or more of older Catholics.

The report also found that the Catholic Church in the United States continues to become more diverse, with about a third (34 percent) of the U.S. church comprised of Hispanic or Latino members, up six points from 2008. And the church continues to migrate from the Northeast and Midwest to the South and West, where more than half of U.S. Catholics (55 percent) now live.