The church confronts gun violence and crime in Chicago

The church confronts gun violence and crime in Chicago 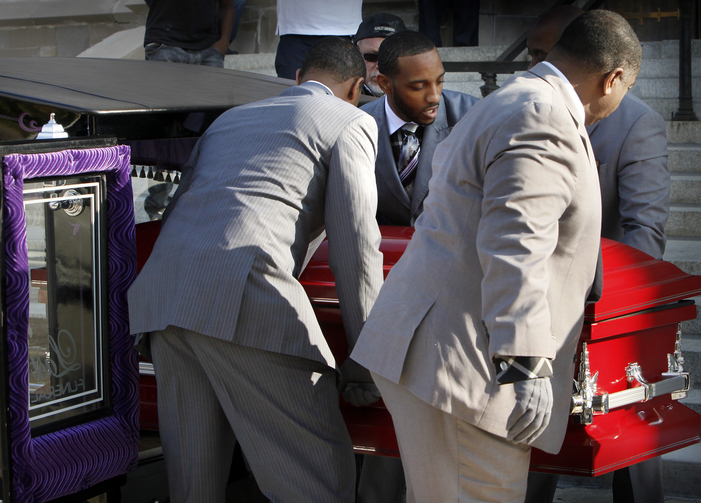 As the world rightly focuses its attention on the recent carnage in Paris, and concerns grow over whether terrorists will soon strike again elsewhere, a different kind of terror continues to afflict us in here in America’s heartland. In the great city of Chicago, someone will likely get shot in the time it’s taken me to write this column. This is the city I’ve been proud to call my adopted home since 1987, and it is suffering.

Someone is shot in Chicago on the average of every three hours. There have been more than 400 shooting deaths in the city so far this year, up 18 percent already from last year. Our city’s suffering became vividly clear for the whole nation this past week, following the release of a year-old dashcam video showing a police officer shooting a teenager 16 times.

The city had already been reeling from the death of nine-year-old Tyshawn Lee, whose murder shocked even those grown increasingly inured to tragic street violence.

Tyshawn’s death was particularly heart-wrenching not only because of his age. Tyshawn was executed. A fourth-grader who dreamed of playing in the NBA, he had walked few blocks from his home to his grandmother’s house to play basketball on a nearby court. Police say he was lured into an alley and shot several times, at close range, in the head and back. His presumed offense: being the son of a reputed gang member.

Tyshawn was the second nine-year-old killed in gun violence within the past 15 months. Back in September, an 11-month-old was shot as his mother held him in her arms. The infant’s mother and grandmother were also gunned down. Only the baby survived.

The unspeakable sadness of it all has led me to search for people who are trying to bring hope and healing to this fractured city against heavy odds. Fortunately, there are many such people, like Valenti, who is part of a crisis team called Chicago Survivors. The year-old organization is an off-shoot of Chicago Citizens 4 Change, a group that includes many families touched by street violence who now try to combat it through community action.

With a staff of just four and a core of volunteers, Chicago Survivors provides intervention services that include counseling for victims’ families, organizing funerals and candlelight vigils, and helping families navigate the often overwhelming police investigative process. They have an offshoot called “Peacemakers” that regularly sends speakers who have lost family members to gun violence into the public schools.

In one recent case, Valenti even arranged for a cleaning company to remove the blood stains, free of charge, from the family car where a young man and his two companions were fatally ambushed.

Susan Johnson, an American Baptist minister, is Chicago Survivors’ executive director. After retiring two years ago as pastor of the Hyde Park Union Church on the city’s south side, not far from where the Obamas have a home, Johnson said she felt she still had something to give. She saw no greater need than helping stop the violence.

Johnson says Tyshawn’s murder, while particularly shocking, only underscores something she calls equally appalling: “the normalcy we’ve ascribed to seeing a murder a day.”

Lingering spiritual questions are often the hardest to address in gun violence cases.  Families find their faith shaken to the core, Johnson says. Because it receives funding through a U.S. Justice Department grant as well as private donations, Chicago Survivors must walk a fine line in helping families navigate these questions.

“Several of our staff are comfortable leading prayer and being in prayer with others, but this has got to be requested by the families,” she says.

It’s also the reason why support from local churches and clergy members is essential. Sadly that support, according to Johnson, is often missing. “Very few [pastors] walk the anti-violence walk,” she says. “In the midst of the tragedy and its aftermath, they’ll come out. Three days after the funeral, they won’t be around.”

Johnson acknowledges that it’s often hard to help families who’ve endured losses through gun violence. They are angry, frequently at God. They need on-going care. About 75 percent of the Chicago families who’ve lost a relative to gun violence have small children in the home. Those children often experience subsequent panic attacks. Early and repeated exposure to violence can affect their ability to learn, to interact with others.

“It’s very difficult to stay by the side of a survivor. Their path to recovery is a long one.” Johnson says.

She notes that about a dozen pastors attended Tyshawn’s funeral. But they were far outnumbered by mothers whose lives have also been scarred by street violence, members of Tyshawn’s public school community and people from the south side Chicago neighborhoods who are all too familiar with the sound of gunshots.

I was heartened to learn that two Catholic priests are among the clergy members Johnson singles out for working tirelessly to end the  violence: Father David Kelly of the Precious Blood fathers, and Father Michael Pflager, longtime pastor of St. Sabina Church in the Auburn Gresham neighborhood where Tyshawn lived.

For years, Kelly has provided worship services and spiritual counseling for teens incarcerated in the Cook County Juvenile Detention Center. Pfleger is a well-known activist who leads one of Chicago’s most vibrant African American parishes.

Kelly’s work in the juvenile detention center led him to conclude that putting kids in jail fuels crime, rather than prevents it. He is now a leader in a movement called “Restorative Justice.” It is an approach to crime that focuses less on punishment than on seeing how those perpetrating a wrong can make it right.

“Restorative justice looks at the issue of who was harmed, who did the harm and how we can repair the harm,” Kelly says. “It deals with relationships because ultimately, crime is a violation of relationship.”

It is also a way of holding kids accountable, he says, “without labeling them demons or criminals.” And, he adds, it is gaining support among a growing number of state judges who hear juvenile cases.

Kelly holds regular gatherings called “Peace Circles” between offenders, victims and their families, where each side can freely express their emotions and come to some sort of resolution.

Like Johnson, Kelly says churches have been largely missing in action in the struggle against youth violence. “The churches need to open their doors. They need to make kids feel welcome. Instead, churches are afraid of these kids. They need to go out, find these kids and build relationships where they can feel they belong.”

In the city’s troubled Auburn Gresham neighborhood, Pfleger has dedicated his priesthood to that mission. Over the years, he led public battles to ban the sale of drug paraphernalia, close liquor stores and gun shops and eliminate cigarette and alcohol billboard advertising that could appeal to children.

“We have gone to a new low that’s removed what used to be some codes, some barriers, some lines that used to be drawn in the community, some things in our city that were not acceptable,” he said of the murder of Tyshawn. His words have particular resonance. Pfleger himself has two adopted African American sons, and was the foster parent of a third who died in a gang crossfire in the 1990s.

When Tyshawn family sought a place to hold his funeral service, they turned to Pfleger and St. Sabina, even though the family isn’t Catholic. Pfleger’s parishioners have helped raise a $35,000 reward for information leading to Tyshawn’s killers, and Pfleger said he would personally pay for the relocation of any witnesses who fear for their own lives if they come forward.

In an emotional eulogy, Pfleger called Tyshawn the martyr “of a society that’s lost its conscience.” He suggested there has been a consistent lack of will on the part of government, business -- and churches -- to address the root causes of urban violence in neighborhoods like Tyshawn’s where there is double digit unemployment and mistrust of the police.

“We’ve got to confront our failed education systems and the lack of options and opportunities,” Pfleger said. “We’ve got to look at the broken bridge between law enforcement and the community …to confront the gun lobby and the NRA who is running to the bank while blood runs in our streets.”

Just a few days ago, police arrested 27-year-old Corey Morgan, a gang member with a long criminal record and charged him with Tyshawn’s murder. Morgan’s alleged motive for the killing, recorded in court papers, is enough to make you hang your head and weep with despair. The filing quotes Morgan as reportedly saying, “that since his brother was killed and his mama was shot, he was going to kill grandmas, mamas, kids and all.” Something is very wrong here.

What if Morgan had been offered the chance to be part of one of Father Kelly’s Peace Circles long before his life began to spiral out of control? What if there were enough safe havens for him to turn to outside of the gangs?

Chicago Archbishop Blase Cupich recently urged the U.S. Conference of Catholic Bishops to make gun control and curbing gun violence one of the church’s top priorities in the 2016 presidential election. The archbishop recent told the Chicago Federation of Labor, “I want the church to become an even more committed partner … joining with business, government and labor in promoting the lives and dignity of those who are too often left behind in our city, nation and the world.”

For decades, our church has led the way in protecting the rights of the unborn. It’s now time to turn our attention to joining with those trying to stem violence among the living. It is time to work with equal devotion at protecting all children, especially those in our cities like Tyshawn, who are most at risk.

See also: Crossing a Divide Between Police and Community in Chicago

Judith Valente, a regular contributor to NPR and "Religion and Ethics Newsweekly," is America's Chicago correspondent. This is the first of a two-part series. Chicago writer Giovanna Breu contributed to this report.

Show Comments (
2
)
Comments are automatically closed two weeks after an article's initial publication. See our comments policy for more.
Richard Murray
4 years 12 months ago
It should be abundantly clear to all that Rahm Emanuel is corrupt. He should resign as mayor of Chicago, or be removed by due processes of law.
Richard Murray
4 years 12 months ago
And when Emanuel is gone, we should reopen the scores of inner-city schools and health clinics that he shuttered and closed.