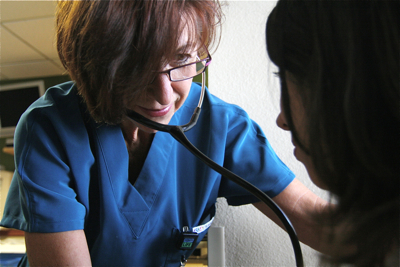 On Thursday the Catholic Church in California scored a significant legal victory regarding the right of Catholic hospitals to refuse certain medical procedures. Rebecca Chamorro, a 33-year-old mother of two expecting her third child at the end of the month, asked Mercy Medical Center—a Catholic hospital in Redding, Calif.—to perform a tubal ligation after her upcoming delivery.

According to the U.S. Catholic Bishops’ Conference Ethical and Religious Directives for Health Care Services (ERD), “Direct sterilization of either men or women, whether permanent or temporary, is not permitted in a Catholic health care institution” other than as a “cure or alleviation of a present and serious pathology and a simpler treatment is not available.” The ERD goes on to group voluntary sterilization alongside abortion, euthanasia and assisted suicide as both “intrinsically immoral” and “intrinsically evil.”

Ms. Chamorro’s legal team reasoned that given that the hospital accepts state and federal funds, it must follow state and federal anti-discrimination law, an argument the state itself made just one year ago in demanding that Catholic universities include abortion services in their health care coverage. But Superior Court Judge Ernest Goldsmith said this could not be construed as a case of “women’s health” or sex-based discrimination, as the hospital also refuses male sterilization.

“Religious-based hospitals have an enshrined place in American history and its communities,” Goldsmith stated, “and the religious beliefs reflected in their operation are not to be interfered with by courts at this moment in history.”

Dignity Health, the Catholic-founded health system of which Mercy is a part, likewise constitutes 30 institutions in the state of California. It is the largest hospital provider in the state, and the fifth largest health system in the country.

For Ms. Chamorro, who lives almost 200 miles north of San Francisco, the nearest non-Catholic hospital with a delivery room is over 70 miles away. She had hoped to do the tubal ligation procedure in conjunction with her delivery because it meant one less invasive procedure and doctors find it an easier procedure immediately after a birth.