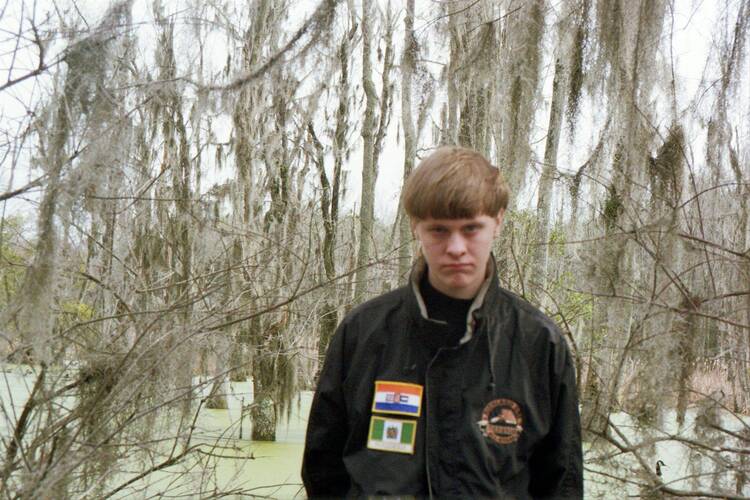 Robert E. Guglielmone of the Diocese of Charleston issued a statement today in the aftermath of the gun rampage last night in Charleston. He said, “I am deeply saddened by the mass murder that occurred at Emanuel AME Church. The inside of any church is a sanctuary. When a person enters, he or she has the right to worship, pray and learn in a safe and secure environment. For anyone to murder nine individuals is upsetting, but to kill them inside of a church during a Bible study class is devastating to any faith community.

“On behalf of the Catholic faithful in South Carolina, I offer my deepest sympathies to the families of the victims and to the members of Emanuel AME Church. I pray that everyone affected by this horror will feel the comforting presence of our Lord surrounding them during this difficult time.”

Bishop Michael F. Burbidge from the North Carolina Diocese of Raleigh also issued a statement this morning: “With incredible sadness and heartache we learned this morning of the murder of 9 congregants of the Emanuel AME Church in Charleston, S.C. who were gathered for prayer. In solidarity with my brother Bishop of the Diocese of Charleston, Bishop Robert E. Guglielmone, I ask all the Catholic faithful and people of good will in the Diocese of Raleigh to stop at some point today, and offer sincere and thoughtful prayer for the 9 victims of this horrific crime and for their families. While it may be difficult, especially with the crime being so recent, we should also pray for the man who committed this heinous crime and for all those in law enforcement working tirelessly to bring forth justice. In addition, through our prayers, words and deeds, may we strive daily to do our part, with God’s grace, to create a society of peace and love.”

A law enforcement official told CNN that witnesses report the gunman stood up and said he was there "to shoot black people." According to national media, the alleged shooter may have used a handgun he recently received from his father as a birthday present. Police have described Roof's alleged act as a hate crime but have not yet suggested a motive. Roof's Facebook profile picture depicts him in a jacket stitched with the Apartheid-era South African flag above the flag of the unrecognized, white supremacist African state of Rhodesia, Gawker media and other news sources report.

In a statement just released, President Obama said, "Michelle and I know several members of Emanuel AME Church.  We knew their pastor, Reverend Clementa Pinckney, who, along with eight others, gathered in prayer and fellowship and was murdered last night.  And to say our thoughts and prayers are with them and their families, and their community doesn’t say enough to convey the heartache and the sadness and the anger that we feel.

"Any death of this sort is a tragedy.  Any shooting involving multiple victims is a tragedy.  There is something particularly heartbreaking about the death happening in a place in which we seek solace and we seek peace, in a place of worship." The president noted the historical significance of the church attacked yesterday. "Mother Emanuel is, in fact, more than a church," he said. "This is a place of worship that was founded by African Americans seeking liberty. This is a church that was burned to the ground because its worshipers worked to end slavery.

President Obama said, "When there were laws banning all-black church gatherings, they conducted services in secret. When there was a nonviolent movement to bring our country closer in line with our highest ideals, some of our brightest leaders spoke and led marches from this church’s steps. This is a sacred place in the history of Charleston and in the history of America."

He added, "Until the investigation is complete, I’m necessarily constrained in terms of talking about the details of the case. But I don’t need to be constrained about the emotions that tragedies like this raise. I’ve had to make statements like this too many times. Communities like this have had to endure tragedies like this too many times. We don’t have all the facts, but we do know that, once again, innocent people were killed in part because someone who wanted to inflict harm had no trouble getting their hands on a gun.

"Now is the time for mourning and for healing, but let’s be clear: At some point, we as a country will have to reckon with the fact that this type of mass violence does not happen in other advanced countries. It doesn’t happen in other places with this kind of frequency," the president said, adding, "And it is in our power to do something about it.

"I say that recognizing the politics in this town foreclose a lot of those avenues right now. But it would be wrong for us not to acknowledge it. And at some point it’s going to be important for the American people to come to grips with it, and for us to be able to shift how we think about the issue of gun violence collectively."

Kevin Clarke
@ClarkeAtAmericaclarke@americamedia.org
Show Comments (
2
)
Comments are automatically closed two weeks after an article's initial publication. See our comments policy for more.
ed gleason
7 years 3 months ago
President Obama refers to the attack was on a black church on black people and was like other attacks in the past on this black community. The SC bishops and GOP candidates ONLY talk about the evil of the act. No racism motivation is attibuted because that racist attribution is not wanted by a large part of both of their consituancies. Their spin doctors gave them the short response 'Bad Stuff happens'.
Vincent Gaglione
7 years 3 months ago
After hearing today the relatives of those murdered offering forgiveness to the murderer, I was ashamed and embarrassed that my first reaction to the killings was to think of the death penalty about which I so often verbalize opposition. We Catholics have a lot to learn about Christian forgiveness from our black Protestant co-religionists who so often and readily respond with mercy in the face of deliberate hate. I compare it in my mind with the reactions I heard of so many Catholics to the destruction of 9/11 and the Boston Marathon bombing. I heard a lot of anger, threats of retaliation, and significant prejudice. What is it that we Catholics are not doing to teach and learn mercy and forgiveness in the face of hate?