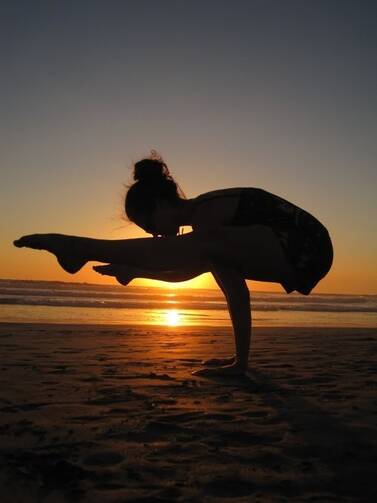 Cambridge, MA. This Lenten series is dedicated to reflections on the second chapter of the Yoga Sutras, a chapter dedicated to the “yoga of action.” As I explained in the first and second entries, however, “action” here is more a spiritual and intellectual doing and undoing aimed at unclogging the deeper layers of the self that have been stifled and strangled, as we might say, by sin, the busy deeds and endless talking and thinking we have relied on for so long that we imagine them to be the solution when they are really the problem.

Thus my suggestion at the end of the second blog, that the Church might practice some yoga, by leaving the papal throne empty for a full year while we ponder the absence and presence of power in the Church. I’ve seen no sign that anyone else thinks this is a good idea, but an empty throne seems a better idea than immediately settling another cardinal, any cardinal, into the Chair of Peter. Let the roots of the problem wither for a good long while. And so, even on this Second Sunday of Lent, a sutra we ended with last time bears repetition: “Unfaltering discriminative discernment is the means to ending (this confusion between the self and the world).” (II.26)

This is about a discernment that discerns the difference between the lasting and what passes away, between the spiritual and what is crass and selfish and violent in its ignorance. This is an ongoing, “unfaltering” seeing of things as they are, a letting go of our obsessive clutching at power, wealth, pleasure, even life itself.

Sound too negative? Not incarnational enough? Actually, it sounds a lot like St. Paul in the second reading for this Second Sunday of Lent: “Brothers and sisters, join in imitating me, and observe those who live according to the example you have in us. For many live as enemies of the cross of Christ; I have often told you of them, and now I tell you even with tears. Their end is destruction; their god is the belly; and their glory is in their shame; their minds are set on earthly things.” By contrast, “our citizenship is in heaven, and it is from there that we are expecting a Savior, the Lord Jesus Christ.” (3.17-20)

For Paul, and in this second chapter of the Sutras, the solution is not merely more effort or a firmer expression of sincerity and will power; for it is a deeper transformation that must take place. And so, as Paul sees it, Christ will effect a deeper and more powerful change that we can hardly have anticipated, as he transforms “the body of our humiliation so that it may be conformed to the body of his glory, by the power that also enables him to make all things subject to himself.” (3.21) It is not just the Christ of today’s Gospel who is transfigured: such is the destiny of us all.

Even if the work of Christ is never the same as the practice of yoga, the deep change Paul envisions — something no amount of activity can add up to — is not entirely different from what the next sutra hints at: “His wisdom is sevenfold, up to its very highest level.” (II.27) Vyasa, the first commentator on the Sutras, explains the sevenfold nature of this wisdom, beginning with these four new conditions: 1. the evils that have caused suffering — ego, lust, the craving for power, violence, the busy, every day mind — are now gone; 2. their roots have been torn out, and will not grow again; 3. this radical change in life is manifest for all to see, like a light in darkness; and 4. discerning wisdom is recognized as the sole sufficient cause for this deep change. The other three conditions of wisdom are found still deeper in this liberated person, Vyasa says: 5. the mind has done all it can, and rests; 6. the world, no longer tormented by human craving, is restored to its own equilibrium; and so 7. this person remains pure, illumined with her own inner light, and free. This in the end point of the yoga of action that begins, as we saw, in some fundamental, simple work: “Austerity, appropriate study, and dedication to the master comprise the yoga of action, which is for the purpose of cultivating absorption and for the purpose of diminishing the afflictions.” (II.1-2)

We may be tempted to worry about this yogi — what will he do after all this? Will she be sufficiently engaged in the world? Will she improve the Church and world? Is this not a merely quiet state? Again, I suggest that we put aside the competitive angle in all this, and presuppose for now that Christ and yoga are not at odds. Yoga need not threaten or diminish what Christ does in us. If we consider all this with a certain tranquility, we will learn to be patient with this ideal too, the quiet that arrives after our sin has been rooted out, along with all its desires and impulsions to activity.

Do we not see this elemental, divine quiet in today’s Lenten readings as well? Think of Abram in the first reading, who had refused to settle for what God said to him and showed to him: “As the sun was going down, a deep sleep fell upon Abram, and a deep and terrifying darkness descended upon him.” (Genesis 15:12). Or be there with Peter, James, and John in the Gospel, when they struggle between lethargy and wakefulness: “Now Peter and his companions were weighed down with sleep; but since they had stayed awake, they saw his glory and the two men who stood with him.” (Luke 9.32) Both the intense darkness and the blinding light short-circuit the ordinary mind, ending the confusion of ordinary ways of seeing things.

Next time I will introduce the famous “eight limbs” (astanga) of yoga: “Restraint, observance, posture, control of breath, withdrawal, concentration, meditation, and deep absorption.” (II.29), and those practices and states of mind will seem more Lent-like, things we can do and concentrate on. But in a too-busy world and a too-busy and talkative Church where we keep thinking that more of the same will somehow solve our problems, it is important, I suggest, to honor the promise of deep discernment, the richer wisdom, the deeper transformation we cannot make happen.

The yoga of not-doing, un-doing: further advice to the elector cardinals about to meet in Rome...

Francis X. Clooney, S.J.
Show Comments (
1
)
Comments are automatically closed two weeks after an article's initial publication. See our comments policy for more.
Carlos Orozco
8 years 7 months ago
Study of yoga and sutras during Lent, and no rush (for a long time) for a new Pope. That should really help bring spiritual renewal to the Church.