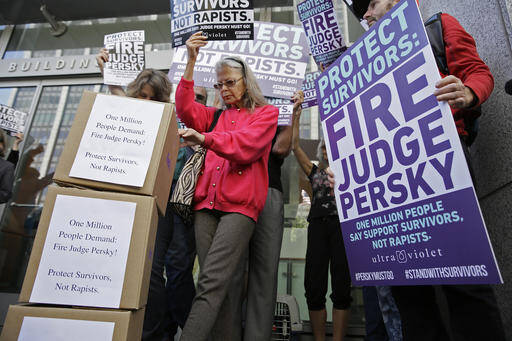 One night while on a break from classes during college, on a visit to New York City with high school friends, we bought fake I.D.'s. The friend we were all staying with, who went to a school in the city, took us to the basement of a clothing store, more trendy than fashionable, after hours. We picked which state we wanted; I chose Arizona. I don’t recall the cost, but it felt expensive—yet also necessary to carry out our new collegiate roles. The man behind the counter processed our orders with a kind of dutiful melancholy. An hour or less later, it was done, and we went out. One of us would have his I.D. confiscated (without consequences) before the night was over. I used mine a few more times in the year or two that followed, but I found that the anxiety that came over me while doing so wasn’t worth the alcoholic benefit. I perceived this sensitivity as an inadequacy on my part.

My first response to the now-viral statement of Brock Turner’s anonymous rape victim at Stanford University was astonishment—it’s a testament of horror, then beauty. Then, upon reading the statement Mr. Turner’s father wrote for the judge, what I felt was familiarity—with the expectation of habitual criminality that is such a part of the college experience for people of privilege in the United States.

The father said of his son, a convicted rapist, “Incarceration is not the appropriate punishment for Brock.” Perhaps it might be for someone else, but not for him. And the law agreed; Turner came away with a comparatively lenient six-month sentence, only half of which he will likely spend in custody.

A similar creeping familiarity came over me during a very different kind of news cycle—the financial crisis of 2008 and its aftermath. A staggering amount of usurious criminal activity took place in order to make that crisis come to pass, and yet the people who carried it out, finally, got a pass. The more we understand the lead-up to the crisis, the clearer it becomes that they knew they’d get away with it. They let the crisis come, and collapse in on millions of people, because they knew they could expect modest settlements and a huge government bailout, which was precisely what they got.

Where did the titans of finance learn to live so confidently by unwritten rules? At a formative age, we ship promising young people off to institutions where they’re supposed to develop the skills and relationships that will give them a start on adult life. Meanwhile, they’re expected to drink. For most of them, it’s illegal, of course; they start at 17 or 18, and the legal drinking age is 21. But they do it anyway, just as many of their parents did, just most of their new friends do, just as the literature and films of the American college experience indicate they must. On many campuses, there is a special police force, which helps ensure that dangerous situations can be dealt with while maintaining a parallel, privileged universe of tolerated illegality.

It doesn’t take long for students to get the picture. They internalize the parallel universe of privilege. They learn that underage drinking, or even crimes as serious as rape, won’t necessarily lead to trouble with the law; only being caught in ways that harm the reputation of one’s institution will put one before the regular, brutal legal system.

The logic of this lesson was precisely what we saw carried out in the aftermath of 2008. Heads of the major financial institutions remained unscathed; the fall guy was Bernie Madoff, a crook who was actually more a victim of the crisis than a perpetrator and who victimized his fellow elites. It was a textbook example of how to perpetuate a parallel universe—uphold the shadow rulebook by targeting those who expose that it exists. Mr. Madoff should’ve profited from poor people like everyone else. He should’ve learned this in college.

Those who don’t get to attend these special institutions, meanwhile, learn a very different lesson. When I lived in a rent-stabilized building in Brooklyn, I’d try to befriend my young neighbors—especially the young black men, many of whom had little hope of reaching a gentle enclosure of high-up higher ed. Befriending them could be difficult, though, not least because from time to time they’d disappear for months on end due to arrests and detentions. When they’d come back, I’d learn the crime was usually something along the lines of what I or people I knew had done regularly in college, with no thought that there would be any serious consequences; for us, there weren’t. For them, the lesson was their own expendability.

A component of Brock Turner’s defense has been to claim the drinking culture as an excuse for his actions. He has even proposed, as a means of rehabilitation, to become a public advocate against college drinking and sexual promiscuity. Notably, the targets of his advocacy would not include his far more harmful and relevant crime of rape. Yet he’s right to sense a connection. Alcohol and rape are part of a common continuum of toleration on campuses, constituting a curriculum of privilege that teaches students that they are and will be—so long as they remain in service of elite institutions—above the law and the ordinary moral order. This is how we train our leaders.

A similar creeping familiarity came over me during a very different kind of news cycle—the financial crisis of 2008 and its aftermath. A staggering amount of usurious criminal activity took place in order to make that crisis come to pass, and yet the people who carried it out, finally, got a pass.

Do you know why there was not criminal investigation? Because such an investigation would have revealed to the public that the real culprits in this affair were politicians, the great majority of which would be Democrats. There was no way the Obama administration would allow these things go to court. It would have been too uncomfortable. The great majority of the bad loans were made knowing that the GSE's would take them because they were obligated by government regulation to do so. Wall Street participated, but they were a minor player compared to Fannie Mae and Freddie Mac, because everyone thought the government would not allow the loans to go under. But it was the GSE's that they knew were being protected so why worry. Look to the politicians who insisted on these loans and there was no way they would be exposed. As far as white male privilege in terms of rape, I suggest Mr. Schneider investigate the number of white males who have been unfairly accused of rape on college campuses and how their lives turned out. The attempt to impugn white males as privileged is one of the newest tacks that the cultural marxists are using along with many others. Everywhere you turn there are attacks and criticism on traditional society as the cause of all our ills. This is of course nonsense but it is the way being used to bring down the most successful society in human history without much of a fight. And it is working but what will be the replacement for all this? God only knows, They all have their false utopias.
Alfred Chavez
6 years 2 months ago

Re the 2008 crisis and the "usurious criminal activity:" Someday I'd like to read the stripped-down defense that lawyers have prepared to put the best possible face on the actions of the miscreants of 2008. I don't know if defense is the right word; maybe rationalization fits better.

You know they've done that already--prepared the best defense all that money they "earned" can buy. Apparently it's gathering dust at one of the high-priced law firms.